Official description: There’s a lot ‘neverending’ about IPAs around Stone. Beginning with Stone IPA being one of the very first and most popular West Coast style IPAs on the planet, to our celebrated explorations of double IPAs, session IPAs, fruited IPAs and ultra-fresh triple IPAs, they’re an integral part of our legacy. Plus there’s the oft-said (but not actually true) comments from some that “All Stone does is IPAs.” Ha! Yes, we may love them passionately and perpetually be on a quest for IPA nirvana, but this particular one actually happened onto the scene to aid in your noble pursuit of neverending good times. Hops: Mosaic & Citra. 35 IBUs.

Stone hasn’t published its 2020 release calendar yet, but it seems its core brands aren’t changing too much compared to last year. Their flagship beer, Stone IPA, stays on along with Tangerine Express IPA, Scorpion Bowl IPA, Tropic of Thunder, Ruination Double IPA 2.0, Delicious IPA, ///Fear.Movie.Lions Double IPA, and Ripper. Missing from the Stone website is Go-To IPA, which may be dropped for 2020. Special releases for 2020 will include the nation-wide launch of Buenaveza Salt & Lime Lager and possibly I’m Peach Double IPA. Only two all-new recipes are on the brewery’s website: Viking Space Probe Double IPA and Neverending Haze IPA, both of which are available in stores now. Neverending Haze is listed as a seasonal alongside Ghost Hammer IPA. “All Stone does is IPAs” certainly rings true.

I’m reviewing Neverending Haze from a 12oz can with a canned-on date of 12/6/19 and enjoy by date of 4/4/20. That puts the beer at about 6 weeks old at the time of review. Into my glass, Neverending Haze is an extremely turbid, brownish amber color that looks like a beer still in primary fermentation with loads of yeast and protein particulate. There’s a thick, yellowish cream-colored head of foam that sticks around for an impressive 2-3 minutes before collapsing.

Neverending Haze has an enticing aroma of ripe papaya, pineapple sorbet, and yeasty banana-like esters. Flavor-wise, Neverending Haze seems to have copied off the recipe for New Belgium’s Juicy Haze. The beer is extremely yeasty in flavor with loads of gritty, chalk-like particulate. It tastes unfinished with a tingly effervescence as if the yeast was still actively fermenting in your mouth. Sweet tropical juice flavors are absent. Instead, you get wet cardboard flavors and hardly any sugar for balance. There’s a lip-smacking requirement in the finale as you grapple with extreme tannins and their wool-like, wicking effect on your mouth. It maxes out the scale at 10/10 for mineral profile.

I understand that the hazy IPA style prides itself on precisely this unfinished character, but the best versions don’t taste like yeast starters – rather they are dripping with blended fruit smoothie flavors and focus on hop aromas while dialing down overall bitterness. They’re quite sweet, too, to bolster mouthfeel and further distance themselves from traditional IPAs. Stone’s version is far too lean at 4% and can’t find enough sweetness for balance. And the yeast sediment ratio is just over the top; so murky that it looks brown in the glass. 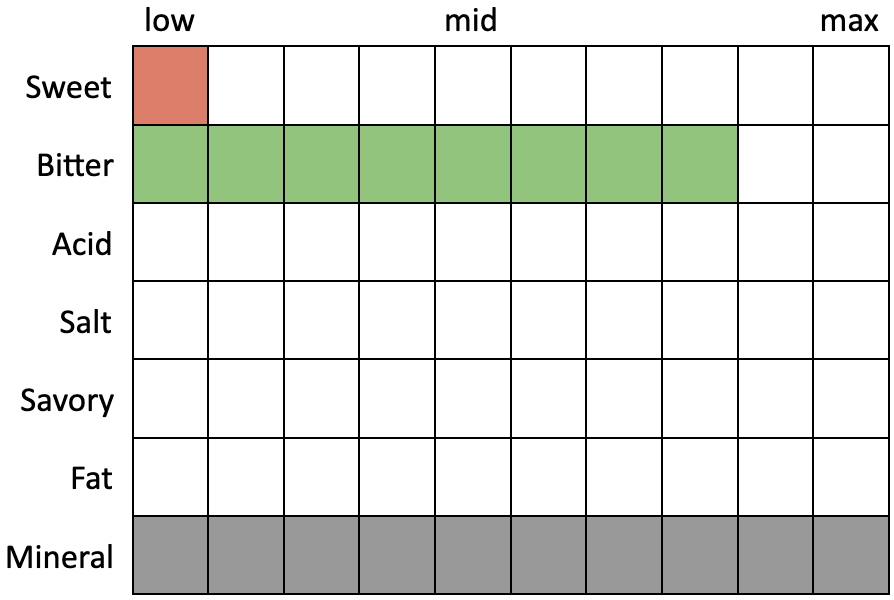 If you read my introduction to this review, it’s hard not to think that “All Stone does is IPAs.” With that, it would seem that a hazy IPA would be a perfect addition to their portfolio. It continues to be the most popular style in craft beer, at least in our Southern California region, and doesn’t seem to be fading. But after sitting down with Stone’s brand-new interpretation, Neverending Haze is a sobering reminder as to why this is called New England-style IPA. Larger Midwestern and West Coast breweries have had mixed success trying to emulate their New England counterparts. Bell’s Official was a disappointment as was New Belgium’s Juicy Haze, another super turbid, brownish-colored beer. New Belgium’s revised version, Juicifer, was a major improvement and even made my Top New Beers of 2019. Sierra Nevada’s Hazy Little Thing seems to have captured a New England-ish aesthetic while still being tasty and holding up on store shelves. (A review of Deschutes Fresh Haze is forthcoming.)