Official description: Named after Nelson Sauvin, an outstanding hop varietal from New Zealand. The hop is introduced through the brewing and dry-hopping of this complex and well-balanced IPA. A hazy straw hued ale, Nelson is topped by bright white beer foam and offers a tropical hop aroma. The pine and fruity hop notes linger, but are well-balanced by the smooth, malty addition of European rye malts. Enjoy this stunning and multifaceted, yet mellow IPA. 7% ABV, 40 IBUs.

Alpine and its parent company Green Flash went through a big financial shakeup last year. Part of that shakeup included pulling back on distribution and re-focusing their portfolios. Especially for consumers in Southern California, many of the changes have been extremely positive. The original recipe West Coast IPA returned after a five-year hiatus. Alpine Duet, one of my favorite IPAs, is now in cans and more readily available than ever. And other Alpine recipes have started seeing distribution like Truck Trail, HFS, Windows Up, and Pitcher Perfect – rounding out a hoppy pale ale only lineup. Nelson is arguably their most sought-after beer, but it has been incredibly difficult to find on store shelves. That may be due to the limited supply of coveted Nelson Sauvin hops.

I should also mention that when Green Flash purchased Alpine and started brewing and packaging beers like Duet and Nelson at their much larger brewing facility, Alpine fans were devastated and claimed the beers did not live up to the original Alpine brewpub batches. Even to this day, a critical detail for Alpine beer lovers is to know at which facility the beer came from.  With that said, the distributed Nelson you are getting on store shelves is, according to the company, the original recipe from the brewpub in Alpine, CA. Take that for whatever it’s worth.

I’m reviewing Alpine Nelson from a six-pack of 12oz cans that I picked up for $12 plus tax. These cans come in a paper carton, which is my favorite packaging combo right now for craft beer. On the carton as well as on the bottom of each can is a fairly legible packaging date. In my case, these were packaged on 8/27/19 – about three weeks old at the time of writing.

Into my glass, Nelson is slightly hazy, bright golden in color with decent looking white foam that persists for about a minute before collapsing. Bright tangerine dominates the aroma along with ripe red mango and orange gummy slices. I’m missing, though, the wild aroma that Nelson is known for like crushed gooseberry and other Sauvignon Blanc wine notes. And even though the beer is only three weeks old, the aroma shows faint signs of age – hinting that shelf life may be limited.

Digging in, Nelson is full of juicy tangerine and bitter green mango. With my first can sampled, I thought overall bitterness was mid-range while subsequent samples I thought leaned slightly more bitter. However, Nelson is far from being an aggressive hop bomb as underlying grain flavors take over after just a few sips. Thanks to the rye addition, the mouthfeel is exceptionally soft and nicely chewy. The rye even adds some spicy and rustic flavors. The end result is a well-rounded, chewy rye IPA at its core with rather understated tropical fruit flavors from the Nelson hops.

Given the big grain flavors, higher sweetness, moderate bitterness, and big juicy tropical fruits; Nelson has a bit more in common with today’s hazy IPAs than its more aggressively bitter and crisp clear IPA counterparts. It slots, perhaps, somewhere in the middle exhibiting the best of both worlds. 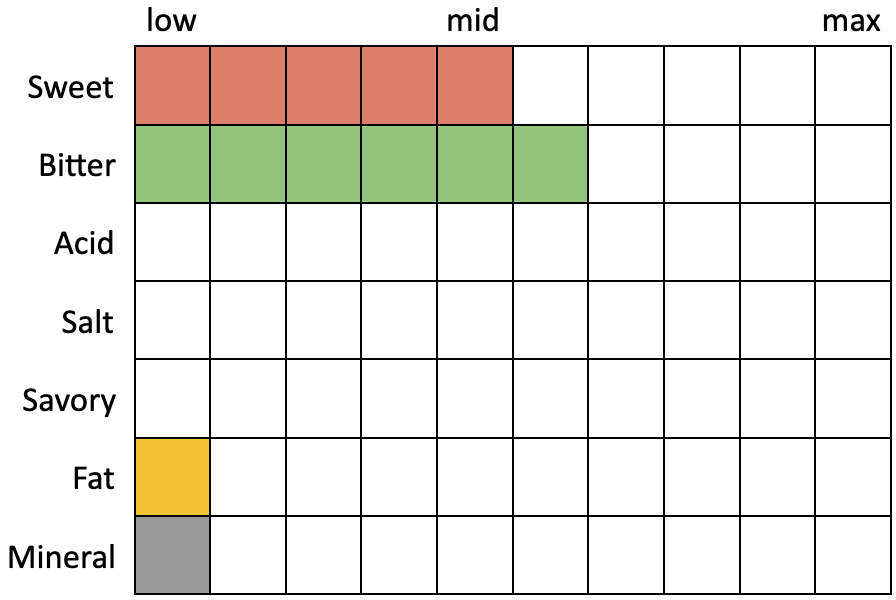 This is my first time trying the Green Flash produced Nelson. I found it immensely drinkable with high but not overdone bitterness, beautiful tropical fruit character, and an impressively soft mouthfeel. It doesn’t bring out the wild aroma of Nelson hops, though, which are known for Sauvignon Blanc grape-like notes of gooseberry and lychee. Alpine’s Nelson is a denser, chewy IPA that is well-rounded and approachable for any IPA lover. It slots in nicely between today’s hazy IPAs, known for being sweet and fruity with exaggerated mineral and grain flavors, and more traditional clear IPAs, known for being more bitter and cleaner in profile. With Nelson, you get the best of both worlds.

I recently reviewed Modern Times Space Ways, which is billed as a “Hazy Nelson IPA.” That beer was excellent and did a better job, I thought, of bringing out the love it or hate it Nelson Sauvin aroma. However, it is a true New England-style IPA with wheat and oats and lower bitterness. In terms of rye IPAs, my current favorite is Pizza Port’s Palapa IPA. Mike Hess Habitus Rye IPA is also quite good. Other popular rye IPAs from Sierra Nevada, Founders, and Bear Republic are much maltier and copper in color.