Official description: Everything you love about our classic Two Hearted® Ale… now in a double IPA. With two and a half times the amount of Centennial hops, Double Two Hearted® has intense pine and citrus notes, a resinous hop aroma and rich malt character. 11% ABV. 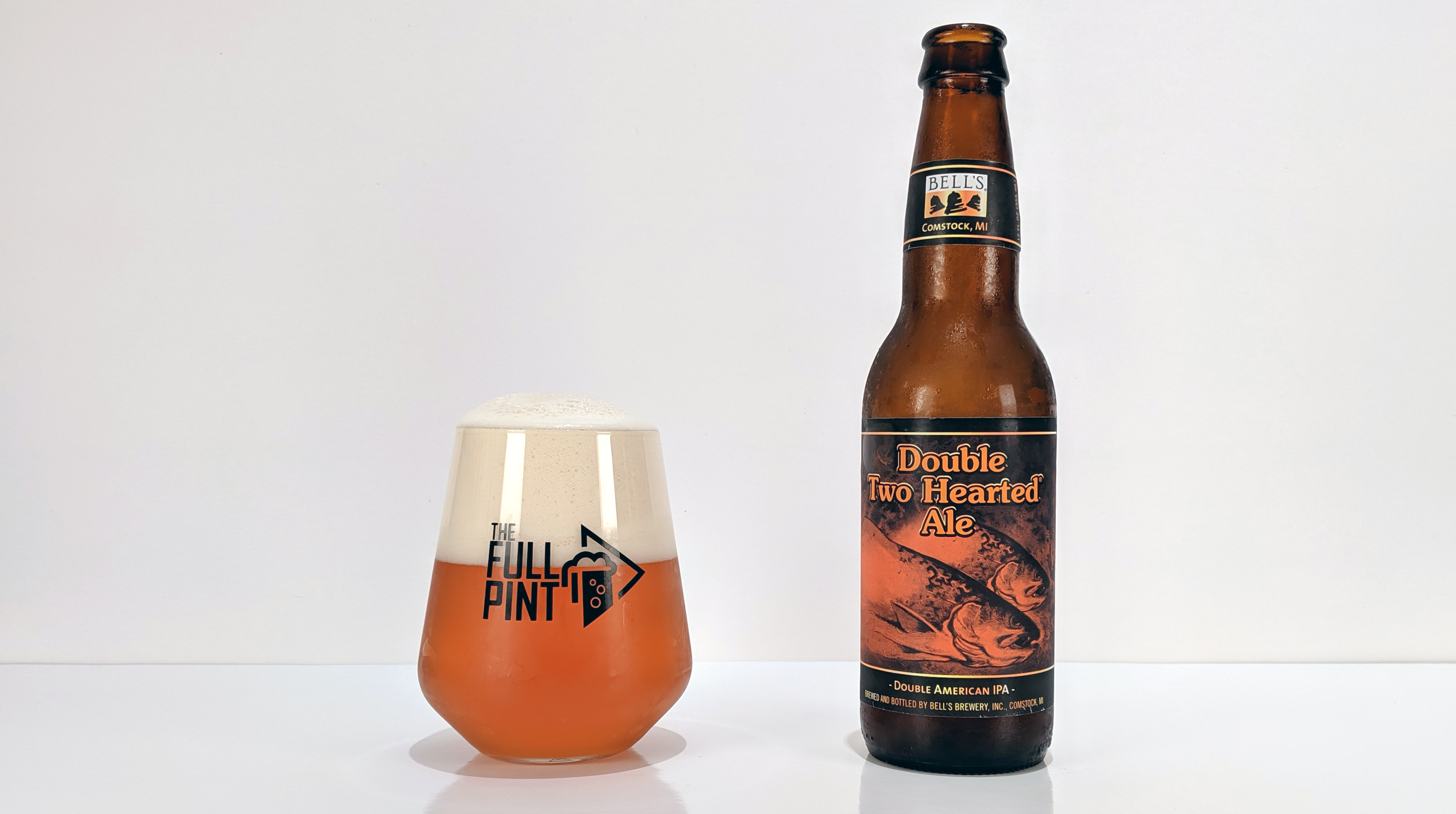 Even though it has been around since at least 2015, this imperial version of Two Hearted Ale is now available in bottles across the country for the first time. Last year I reviewed Bell’s Hopslam, which is their most well-known Double IPA. They also make The Oracle (10%), which is outstanding but hard to track down and possibly discontinued for 2019. Bell’s then recently added a year-round Double IPA to their portfolio, Hopsoulution (8%). (Hopsoulution is at least listed on their website as year-round but the release calendar says it was only available for April of this year.) So Bell’s already has plenty of Double IPAs. Why release another?

Well, at 11%, Double Two Hearted easily slots into a different category altogether: Triple IPA. But the most important question remains: Why not call it Four Hearted Ale?

I’m sampling Double Two Hearted Ale from a six-pack of 12oz bottles that I picked up for $19 plus tax. On the paper six-pack carrier itself, there’s language that makes it clear that this beer is much higher alcohol than normal. That’s extremely useful for the consumer so that they don’t balk at the $19/six-pack price tag. Plus, no one wants to get home, grab a cold beer out of the fridge, and be passed out before dinner.

On the bottles themselves, there’s a tiny packaging date on the back label that reads 8/21/19, which places this batch at about a month old at the time of review – well within the brewery’s recommended 3-month shelf life.

Into my glass, Double Two Hearted is crystal clear amber in color with towering, yellowish beige foam that persists for several minutes. Just for kicks, I grabbed a sixer of regular Two Hearted to try side by side. Perhaps the craziest thing is that these two beers look exactly alike in the glass. Despite the beefed-up recipe, they are the same SRM with the same head formation and foam color.

The aroma starts off with some volatile soapy notes that dissipate after a while to reveal orange gummy slices, candied citrus, pound cake, and buttery pie crust moving later to lemon rind and intense mint. The minty aroma I get sometimes with barleywine, a style in which this beer has lots in common. With the first few sips, there’s a rush of booze, sugar, and bitterness that collide gracelessly. Rougher tannic flavors muddy up the experience, making it difficult to enjoy. Moreover, high alcohol thins out the body so that there’s minuscule malty balance available. Left unchecked, the beer’s intense bitterness creates an unpleasant wicking effect. To its credit, Double Two Hearted isn’t sticky or cloying – a common fault of high gravity blonde and amber ales. But the 11% still hits you quickly and hard – overtaking the experience.

Like I said earlier, I tried this side by side with regular Two Hearted. The regular strength version was far more enjoyable. With much lower alcohol, the mouthfeel felt richer with more substance and better balance. Apparent bitterness was fairly similar since there’s relatively less sugar to compete with. A lasting bitter finish with regular Two Hearted is missing with the imperial version, which ends abruptly. 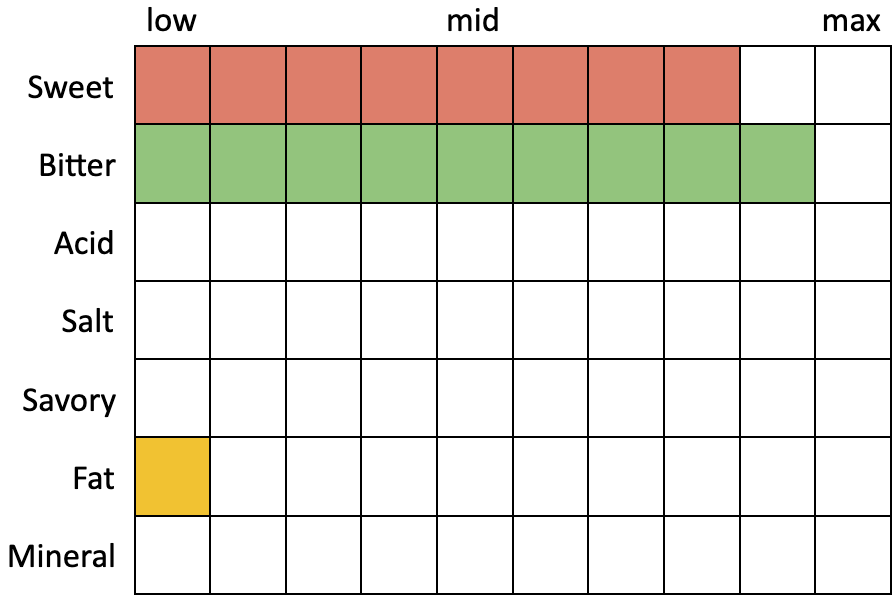 Many liver cells died to bring us this review. Double Two Hearted is one beast of a beer that shares exterior properties with the classic Two Hearted Ale like its graphic design, name, and appearance in the glass. But once you dive in, Double Two Hearted is convoluted. The mouthfeel is at times rough and tannic and at other times dull and uninviting. The ABV overpowers the experience, giving you an intense buzz before you’re even halfway through the glass. I think it’s an interesting beer for novelty’s sake, but too gimmicky and forced compared to the time-tested Hopslam or Oracle recipes. Though it does do what it sought out to accomplish: create an absolutely massive version of our adored Two Hearted Ale. The end result is just too intense for my liking.

With its massive 11% ABV, Double Two Hearted Ale slots into the Triple IPA category. Some solid examples from this niche group include Stone RuinTen Triple IPA at 10.8%, Knee Deep Simtra at 11.25%, Lagunitas The Waldos’ Special at 11.7%, and Founders Devil Dancer at 12%.