Official description: A fruity and dank IPA with heavy doses of Mosaic complimented by Waimea, Columbus, and Grungeist hops. Golden and bright in appearance with a crisp and dry finish. 7.2% ABV [Brewed with rye, see below]

Palapa is the latest special release from Pizza Port and joins other legends like Pickleweed Point, which cleaned house in our blind IPA tasting. Palapa, the name, is recycled in the same way Pizza Port recycled The Kook for their core Double IPA. The original Palapa Pale Ale was a draft only, 5% APA brewed since at least 2001. It did not utilize the same hop varietals of today’s version and it’s unclear if it was brewed with rye.

Yes, Palapa is actually made with rye, even though I can’t find any official printed source to back that up other than knowing Palapa IPA won Gold at this year’s LA International Beer Competition in the Rye Beer category. It’s sort of bizarre to not market the beer as a Rye IPA, but that substyle is usually reserved for red-colored, malty IPAs in my experience.

Served from a 16oz can packaged just three weeks ago, Palapa IPA is a completely clear pale golden in color with a gargantuan head of buttermilk foam that rises up out of the glass and doesn’t spill over thanks to some crazy hop oils in suspension. There’s a glossy sheen to the foam and it settles down at a glacial pace. This is how every IPA should look in my opinion.

Dole whip and super sweet jackfruit burst forth in the aroma. It’s powerful and singular – inviting you to what is sure to be a juicy, sweeter IPA experience. Digging in, Palapa combines Pizza Port’s famously chewy IPA body with juicy tropical fruit for an amazingly balanced mouthfeel. Pineapple upside down cake takes over the flavor profile while powerful grapefruit rind from the Columbus hops provides much-needed bitterness. A lingering, moderate bitterness in the finale is most welcome which comes with a kick of spicy black peppercorn from the rye addition.

The mouthfeel is exquisite with incredible richness. It is chewy, oily, and fatty as can be for an IPA with so much body without being overly sweet. The rye character perhaps augments this effect a bit making it even more impressive than my all-time favorite Swami’s IPA.

Sweetness is higher than some IPA lovers may be accustomed to, though with the viral expansion of Hazy IPAs across the US, Palapa comes in as relatively mid-range in the sugar department. Of course, it is all about perceived sweetness as Palapa is also firmly bitter – punching hard but never overpowering. That peppery rye addition also tends to balance things out after several sips. 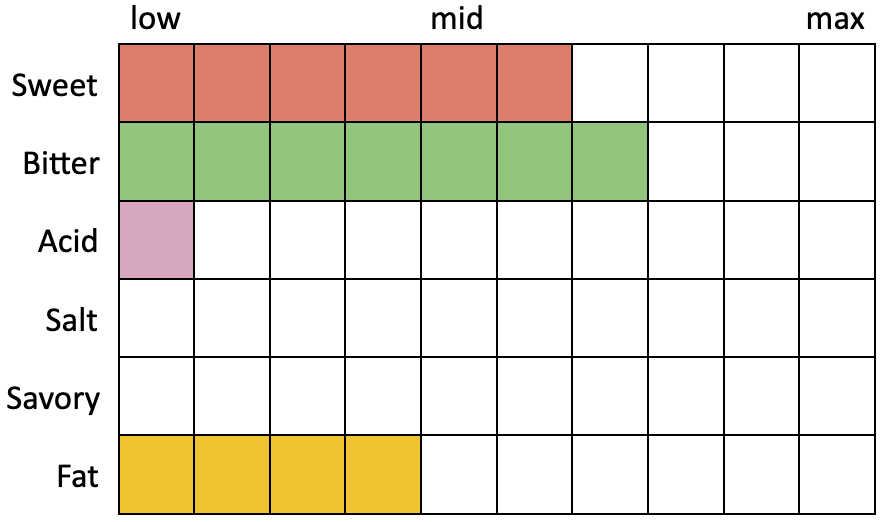 Palapa is right on the money for balance. I personally adore these sweeter clear IPAs, which I would argue are simply balanced IPAs. IPA has become such a polarizing style thanks to off-the-rail hop bombs like Stone IPA that made the style famous. It’s really nice to have something that is bitter but doesn’t taste harsh or astringent. Palapa is a great vehicle for appreciating the best of Mosaic and Waimea while still giving you that old school power from the Columbus. I’m new to Grüngeist hops, but they seem to do wonders here. As does the rye addition, though it bizarrely remains a secret to the public.

When it’s all said and done, I confidently place Palapa up with the best IPAs I’ve ever had in my life. Every detail is absolutely perfect. I hope you are able to pick some up while it is still available.