As of last year, Space Ways is now a fall seasonal in Modern Times’ portfolio. When it debuted, it actually was sold in two different label colors, the one you see above and a dark purple label. The dark purple had the same beer inside, mind you, and wasn’t a double dry-hopped (DDH) version like Modern Times does with the darker labels of some other IPAs. Two years ago, I  reviewed MT’s summer seasonal hazy IPA, Critical Band, which was excellent. And I also highly enjoyed their year-round hazy IPA, Orderville. Even though Modern Times, like many other trendy breweries, churns out special release hazy IPAs on nearly a monthly basis, these core or seasonal recipes that see distribution tend to be well-honed from my experience.

I’m sampling Space Ways from a 16oz can that I picked up for $3 plus tax as a single. The first thing that strikes me is that the front label says “Hazy Nelson IPA” despite also having Motueka and Simcoe hops. That is likely due to Nelson Sauvin hops being possibly the most sought-after hop varietal in the craft beer industry. They are rare, expensive, and getting an order into the brewhouse seems to be an ordeal – so I’m told. On the bottom of the can is an easy-to-read packaging date of 8/6/19, which puts this at around 6 weeks old at the time of writing. I should also note that some hazy IPA experts recommend drinking these with a bit of age vs. ultra-fresh. That may be because the unfinished nature of hazy IPAs lends itself to myriad “flaws” in both aroma and flavor that seem to wane over time.

Into my glass, Space Ways is absolutely gorgeous with a glowing orange color and thick top of beige-colored, rocky foam that sticks around for several minutes. Bringing up the glass, you immediately get a bizarre aroma of freshly opened tennis ball can and other big plasticy phenols. There’s also a big whiff of something gasoline-like or maybe nail polish remover. The aroma is love it or hate it. My wife, for instance, immediately asked me if this beer had Nelson hops and pushed it away promptly. Thankfully, this crazy nose is mostly made of volatile compounds. After a few minutes, it softens up to reveal pineapple, green mango, and birthday cake. If you dig deep, you can maybe get some of that sought-after gooseberry that Nelson is famous for.

Digging in, Space Ways is quite the juicy experience. This is in stark contrast to most other hazy IPAs I sample where “juicy” isn’t even close to describing the concrete mix flavors they exhibit. Bright pineapple juice and unripe pear dominate the flavor with even a hint of tartness to help them pop. Overall sweetness and bitterness are matched right in mid-range, so the beer exhibits perfect balance. As it warms up to room temperature, a bit of creaminess comes through from the wheat and oat additions. In typical New England-style IPA fashion, heavy duty mineral flavors bring up the finish, but Space Ways doesn’t go overboard like some of its peers. It’s a bit dusty and chalky, but not at a level that distracts from enjoyment. 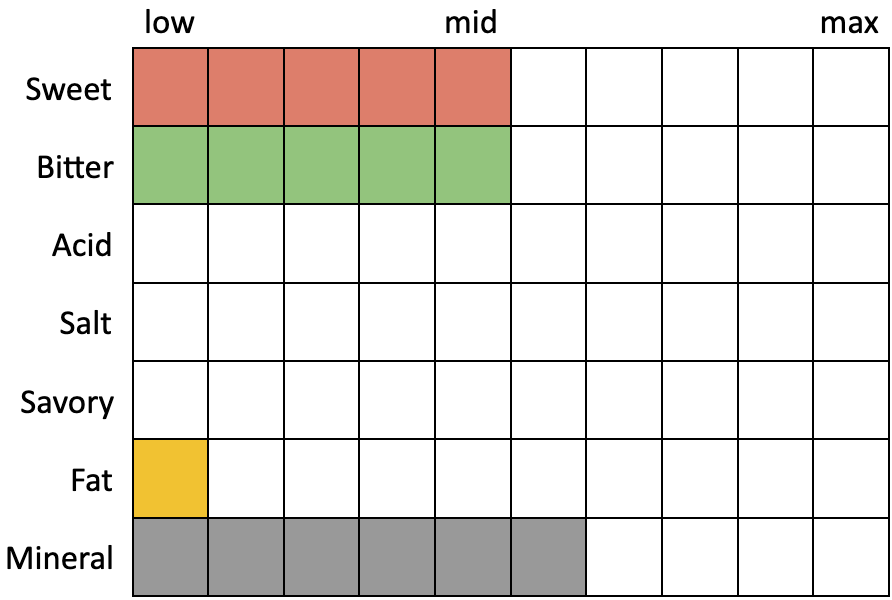 For a style that prides itself on being deliberately unfinished and unpolished, this is about as clean and refreshing as New England-style IPAs get. The base beer is exceptional as Modern Times has fine-tuned their hazy IPA recipe, though the Nelson-driven aroma is a polarizing one for sure. Whereas most other trendy breweries keep their hazy IPAs to brewery-only releases, it’s gratifying to see Modern Times distribute their best ones for a larger audience to enjoy.

Another famous Nelson Sauvin hop IPA is Alpine Beer Company’s Nelson. That beer has nothing else in common with Space Ways, though. Alpine Nelson is a clear, rye IPA that takes the hop varietal in a different direction. However, I think Space Ways does a better job exhibiting the odd aroma of Nelson hops. In terms of other hazy IPAs with Nelson that you could realistically find on store shelves, I’m sorry to report that the list is blank.