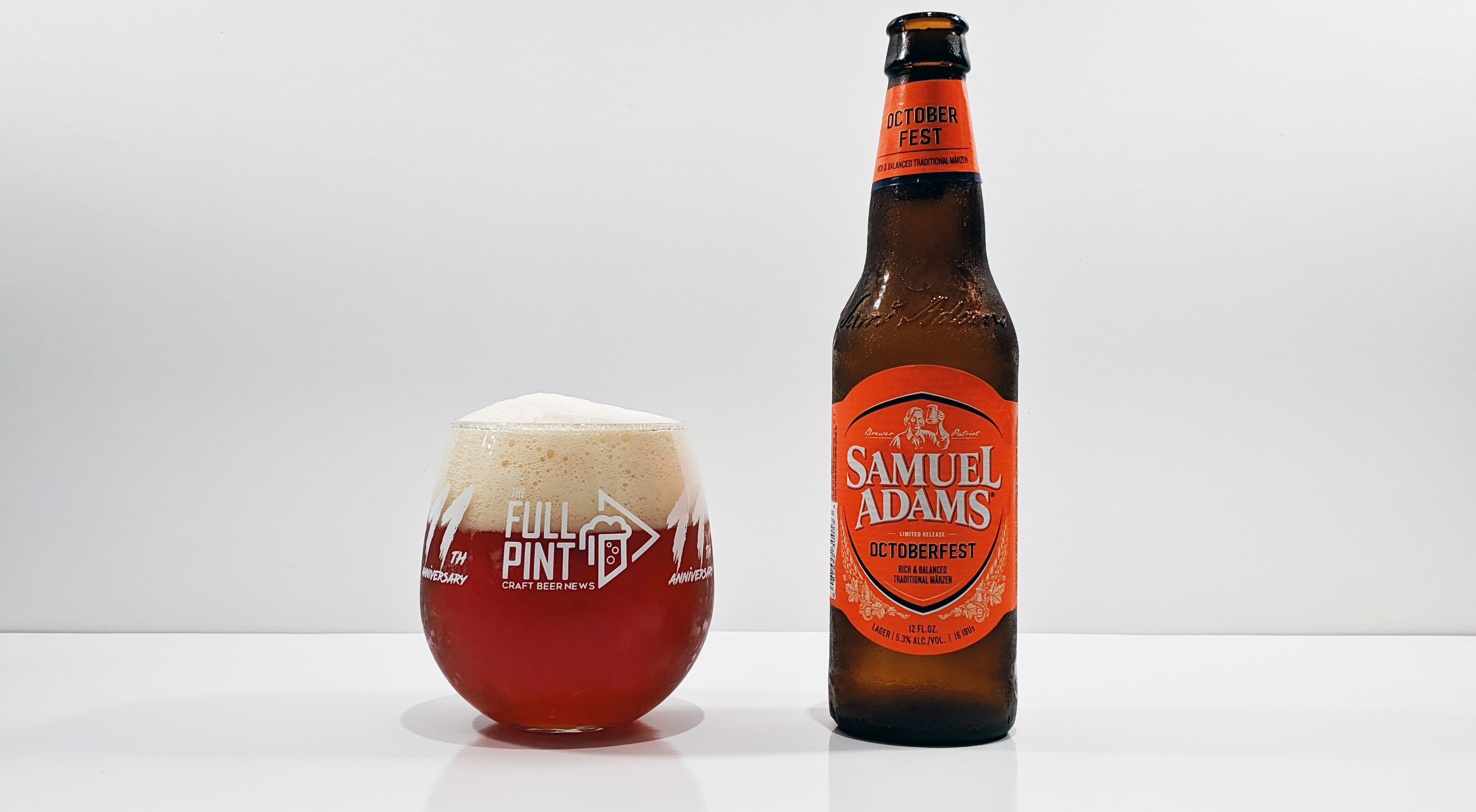 Sam Adams OctoberFest is possibly the most widespread Oktoberfest beer in distribution right now in the U.S. But first, I should mention something that was brought up in the comments of my recent Oktoberfest head-to-head blind showdown. The beers we get in the U.S. billed as Oktoberfests are mostly Märzens. Märzen (pronounced MEHRZ-en) is literally “March” beer in German. Traditionally, this was a higher alcohol, well-hopped, darker lager that was brewed in March and then cellared during the months when brewing was forbidden in Bavaria (mid-April to mid-September) and then released for Oktoberfest in mid-September.

But Märzens are no longer the beer of choice during Munich’s Oktoberfest, as they have been long usurped by Festbiers, which are blonde lagers by contrast. I mention all of this because Sam Adams does put “Märzen” right on the front label, albeit in tiny font. They are also respectful by naming the beer “OctoberFest” with a “c” rather than a “k” because the word is a protected appellation for beer produced at large breweries within the Munich city limits. However, that protection does not apply outside of Germany (or maybe the EU), so American brewers are free to call them “Oktoberfest.” Just note that the word, when applied to beer, is ambiguous. Märzen or Festbier would be more precise.

I’m sampling Sam Adams OctoberFest from a 6-pack of 12oz bottles that I picked up for $8.49 plus tax. (Note that this review was written separately and with different bottles from my blind showdown published earlier this month.) A packaging date is nowhere to be found on either the bottles or the paper 6-pack holder. All you get on the label is a little notch over the month of January, so we can assume a Best By date of Jan 2020.

Into my glass, Sam Adams OctoberFest is crystal clear copper in color with yellowish beige foam that sticks around for an incredibly long time. There’s even the slightest orange tinge to the foam that is highly unusual. Bringing up the glass, this Märzen delivers a dessert-like aroma of maraschino cherry, caramel, butter toffee, and burnt sugar. There’s a volatile note of lemon too, at least early on. After several minutes, whole wheat bread and candy corn take over the nose.

Digging into this beer, the word that comes to mind is “disjointed.” Given its darker color and powerfully sweet aroma, the beer isn’t as full-bodied as I expected. At times it’s oily and coating on the palate with sweet grenadine and bread crust flavors. At other times, this lager seems watery with a flabby mouthfeel and paperiness around the edges. Overall bitterness is extremely subtle – just enough for minimal background balance.

I am merely writing this as an analogy and in no way am insinuating this is the reality of this beer’s production, but it tastes like a blend of two different beers: one part neutral blonde lager, one part sweet amber lager. Recipe-wise, it may be the amount of specialty malt used is lower than some others in this segment. If that is the case, then it would be enough to bring out the amber color in the beer, but wouldn’t add as much unfermentable sugar, which translates to body. 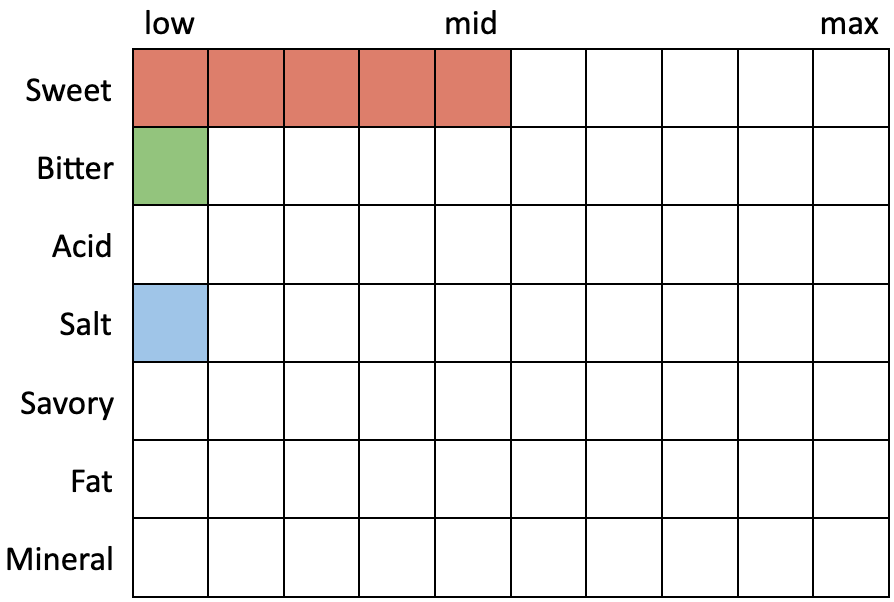 The upside to the unusual flavor profile here, which one might call “Oktoberfest Light,” is that it doesn’t overly rely on specialty malts like most other Märzens. And because sweetness is already tempered, it doesn’t need to rely on much bitterness for balance. Drinkers are rewarded with a moderately malt-forward, easy-drinking lager.

Given its price and ubiquity, I think this is a solid Märzen. I prefer Sierra Nevada’s Oktoberfest, though, which is also widely distributed and sells for the same price. However, the recipe on the SN seasonal changes each year for better or worse.

Check out my recently published blind assessment of 8 different Oktoberfests.