Oktoberfest, also called Festbier or Märzen, isn’t too popular in the U.S. Even during peak season in September, I was only able to find a handful of American Oktoberfests for sale across several different local beer stores and grocery stores. One American Oktoberfest, though, has dominated the market for years: Sam Adams OctoberFest. Meanwhile, a relative newcomer, Sierra Nevada Oktoberfest, has recently gained popularity. Sierra Nevada’s version is unique as it is made in collaboration with a different German brewery each year since 2015. Both the Sam Adams and the Sierra Nevada were available by the case at my local Costco. No other Oktoberfests were even for sale there.

Besides the two above, the most popular Oktoberfests I found in stores were imported from Germany. Because my experience with these imported German lagers in the past has been less than pleasant, I only picked up one, Ayinger’s Oktober Fest-Märzen, which is widely considered one of the best Oktoberfests in the world. Because The Full Pint focuses on American craft beer, I decided not to include more German imports such as those by Spaten, Paulaner, Erdinger, Warsteiner, or Weihenstephaner. I also excluded my all-time favorite beer in this style, Aecht Schlenkerla Märzen, since it is made with smoked malt and would be extremely easy to identify. Plus, it has a much more savory profile and is closer aligned with the rauchbier or smoked beer category.

Please note this is not exhaustive of what is available in the American market today. I’ve done the best I could with what was available. Glaringly omitted are Oktoberfests from Bell’s, Victory, Great Lakes, Yuengling, and New Glarus. These were either not available or outright not distributed to my region at all. I don’t intend this list to either proclaim the best Oktoberfest available today nor do I wish for lower-ranked beers to be labeled as “bad.” Rather, when pitted against each other, some of these beers were more enjoyable when tested by a single reviewer. I’ve done my best to explain why I liked or disliked a beer in this test. In order to reduce some bias, this test was done blind as described below.

I rounded up eight different Oktoberfest beers brewed without any adjuncts and within the proper ABV range for this style. I grabbed the two most popular American Oktoberfests, Sam Adams OctoberFest and Sierra Nevada Oktoberfest 2019. In addition, I included one of the many imported German Oktoberfests, Ayinger Oktober Fest-Märzen, which is widely considered a world classic of the style.

Beers were chilled then served blind in identical glassware. Glasses were labeled 1-8 (see pink stickers on the glasses). Beers were brought out two at a time, with approximately half of the beer poured into the glass for evaluation. After evaluation was complete, beers were revealed and numbers were matched with the beer names. For pictures herein, the second half of each beer was poured into the glass. Evaluation was done first as pass/fail for basic criteria for the style. Then, beers were evaluated solely on personal enjoyment with details spelled out as to why. For the sake of transparency, it should be noted that five of the eight beers in this test I have sampled in the past: Ayinger Oktober Fest-Märzen, Left Hand Oktoberfest, Sam Adams OctoberFest, AleSmith Oktoberfest, and Sierra Nevada Oktoberfest 2019. However, only the Sierra Nevada was sampled this year.

Evaluated as blind entry #8, Left Hand’s Oktoberfest had a somewhat savory nose that devolved into candy corn with volatile metallic notes. In the flavor, it was extremely sweet compared to the other seven in this panel. It lacked any balancing bitterness, which most of the others had. 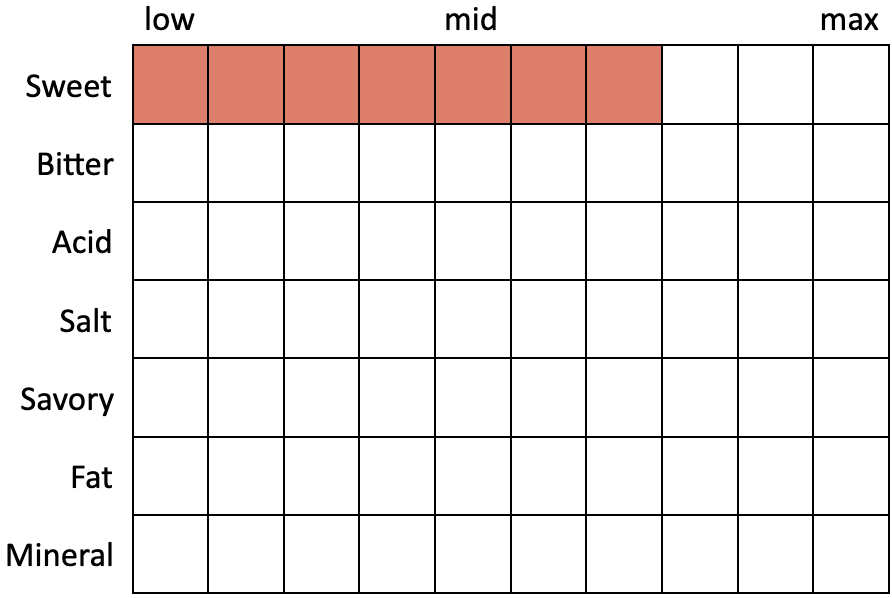 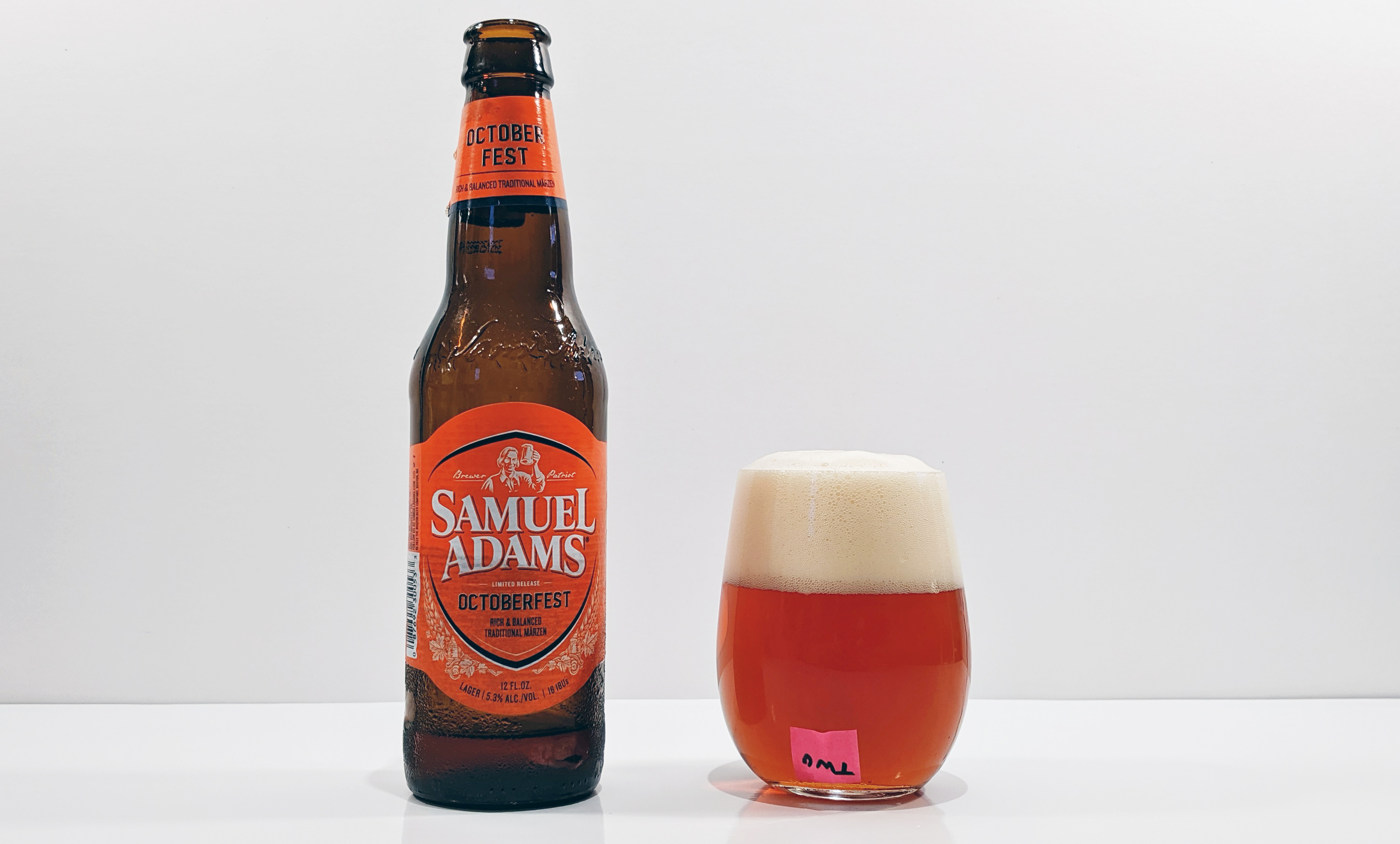 Evaluated as blind entry #2, Sam Adams OctoberFest had an aroma that stood out with intense apple-like esters and hints of margarine. The Sam Adams had a syrupy maraschino cherry flavor coupled with a mealy apple texture. However, it had just a touch of bitterness for balance, which gave it a slight edge over the Left Hand. 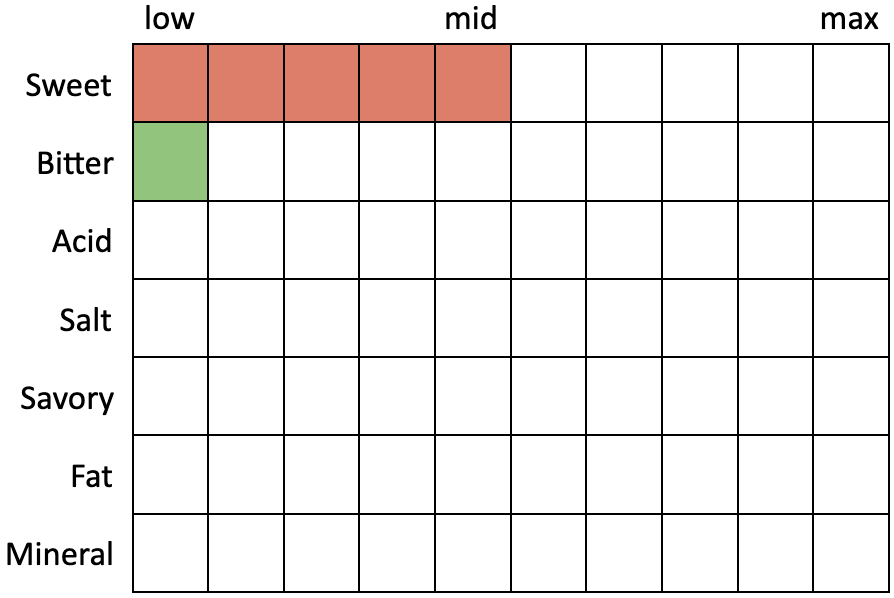 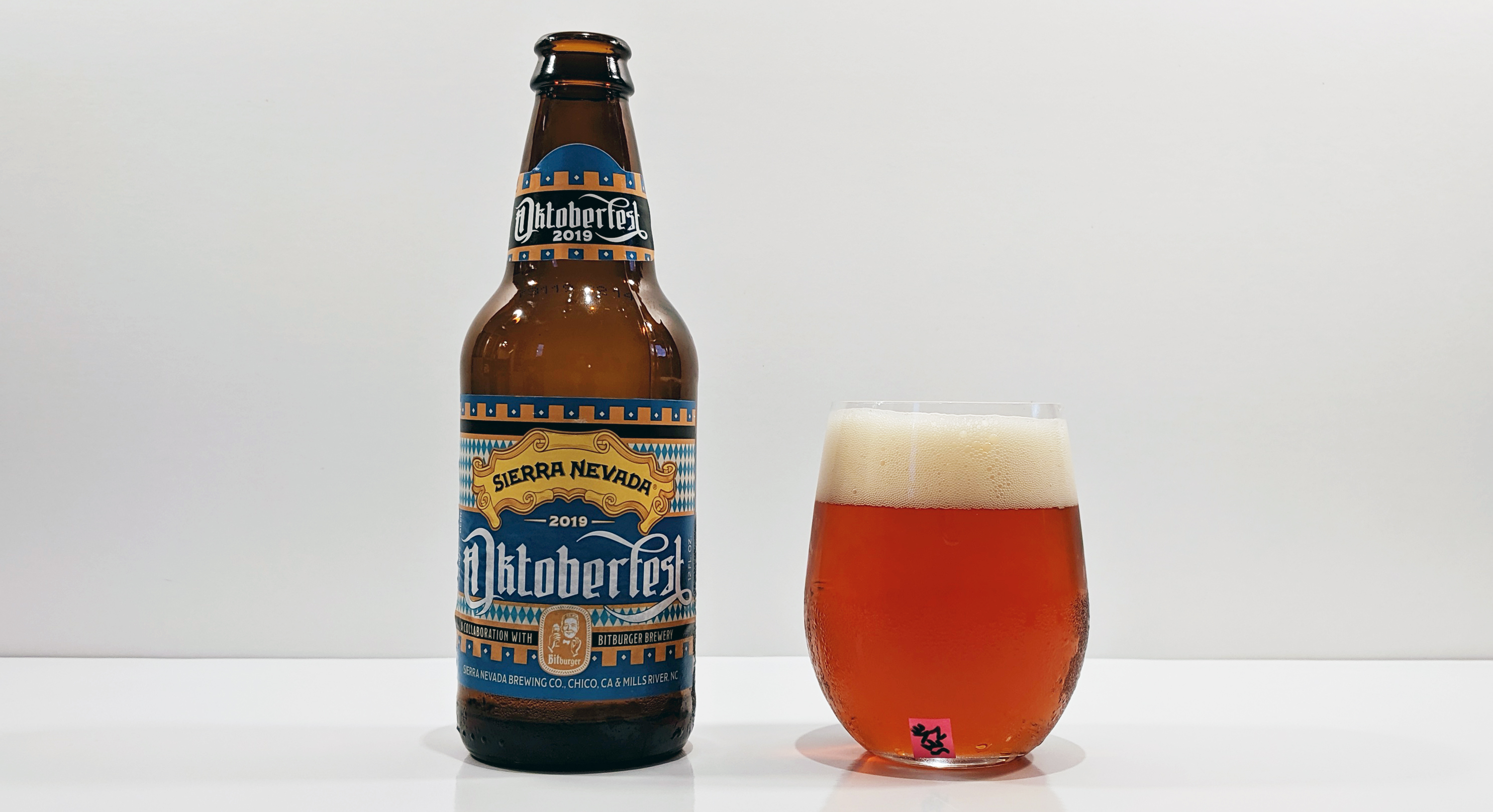 Evaluated as blind entry #7, Sierra Nevada Oktoberfest 2019 had a rather muted aroma with touches of licorice and air freshener. Flavors were heavily grain-focused with slight touches of metal. It was overall extremely nuanced and did not stick out in either a positive or negative way. In terms of all-around character, this beer was relatively unremarkable but technically flawless. 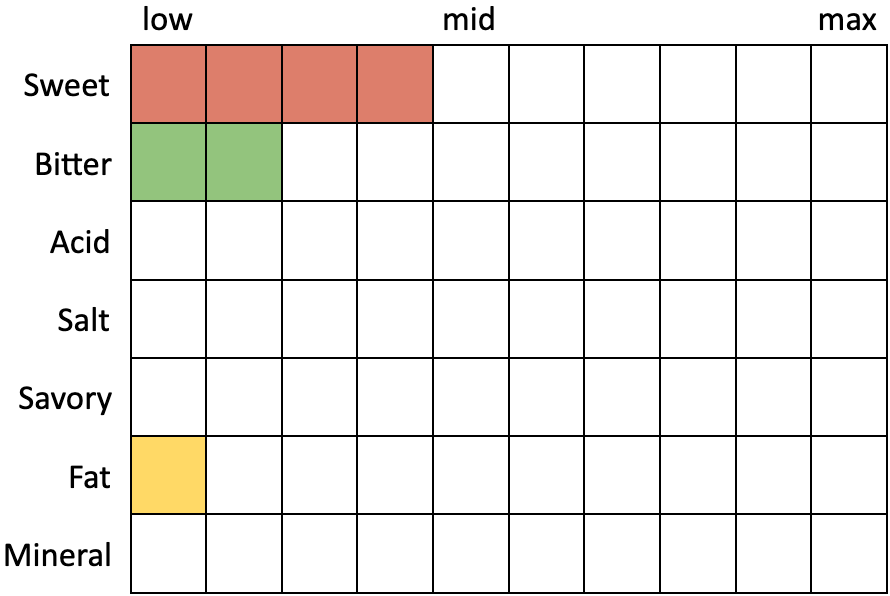 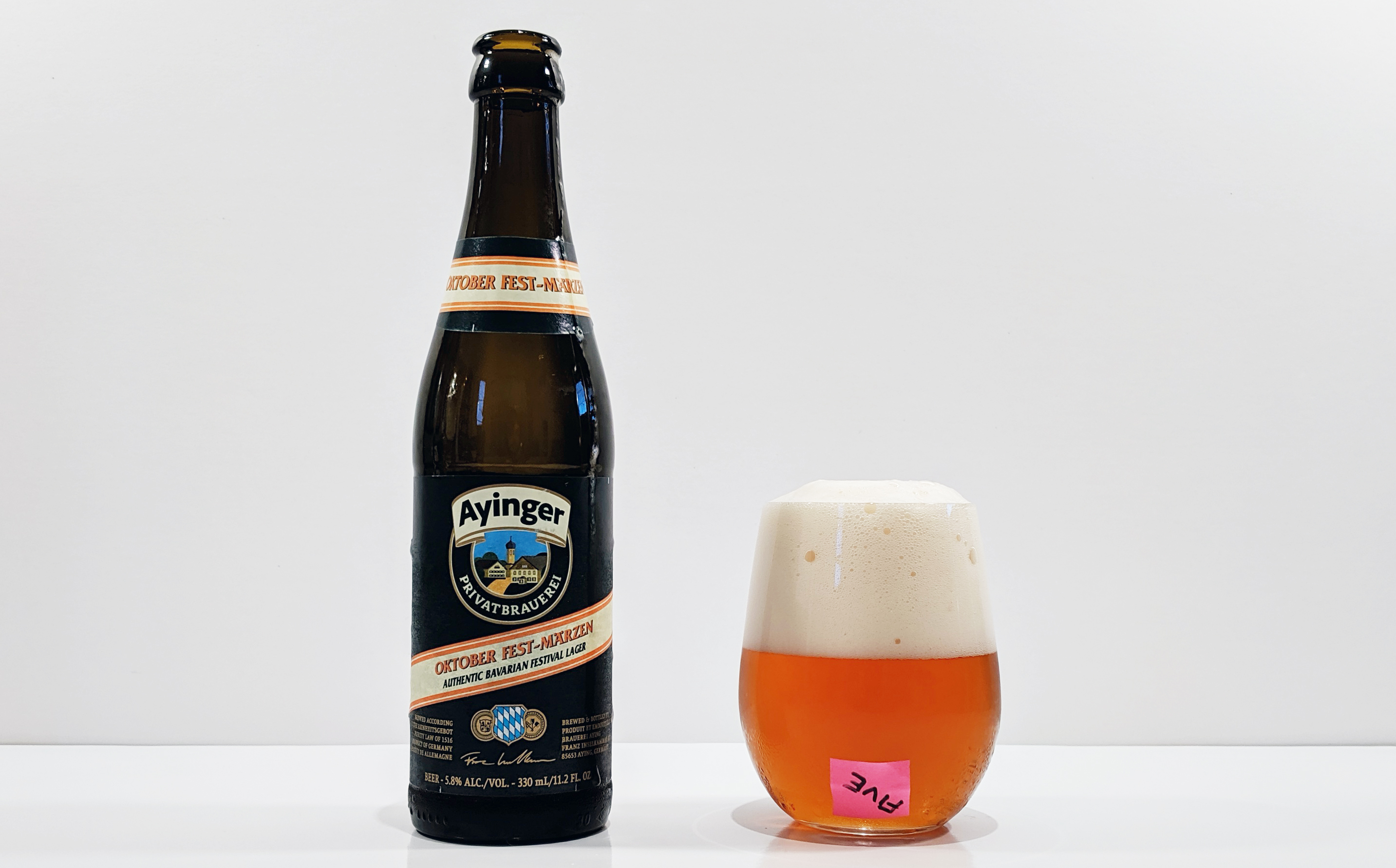 Evaluated as blind entry #5, Ayinger’s Oktober Fest-Märzen was the only beer I was able to identify. This showed signs of structural damage no doubt from its lengthy importation process. However, the beer underneath was sublime. If you look at the graphic below, this Oktoberfest was simply more dynamic with a rich fattiness and silky smooth mouthfeel. It had the best head formation of the pack but a surprisingly unpleasant aroma focused on apples and touches of smoke. The flavor packed strong licorice, mild graininess, and moderate caramel. It also stuck out with prominent saltiness in the water profile. A fresh example would most likely have swept the competition. 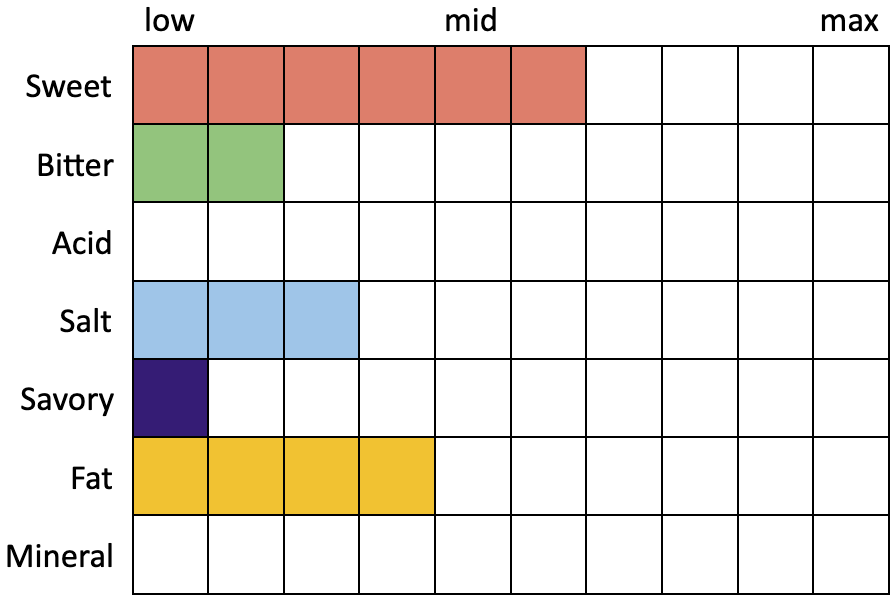 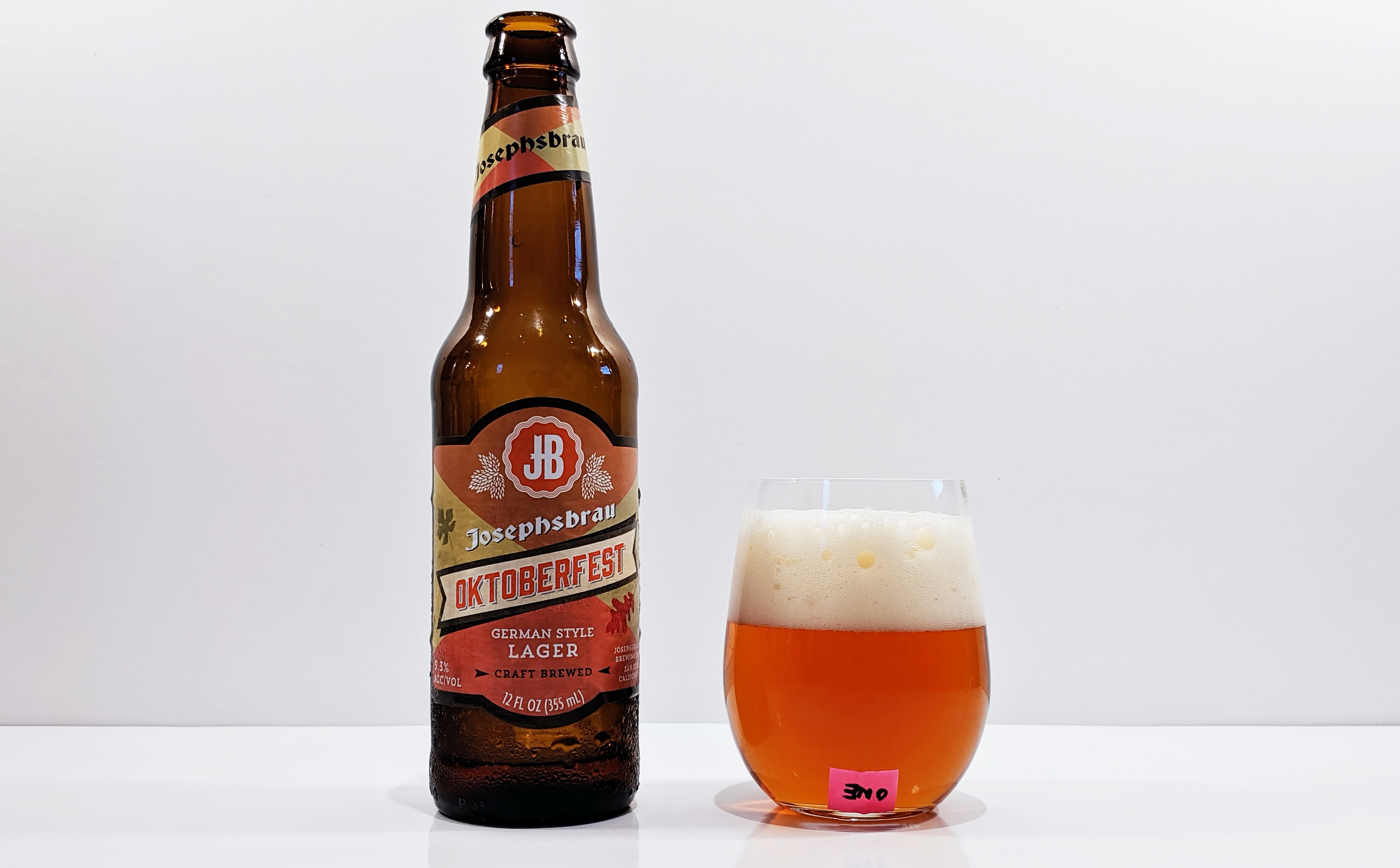 Evaluated as blind entry #1, this Trader Joe’s house beer was the biggest surprise of the panel. It had noticeable citrus-like hops in the aroma and flavor that brightened up the beer. Toasted bread, honey rolls, and orange peel dominated the experience. It was also quite refreshing compared to the rest of the panel with exceptional balance. It was not as complex as some others, but it was technically flawless and its relative simplicity was a breath of fresh air. 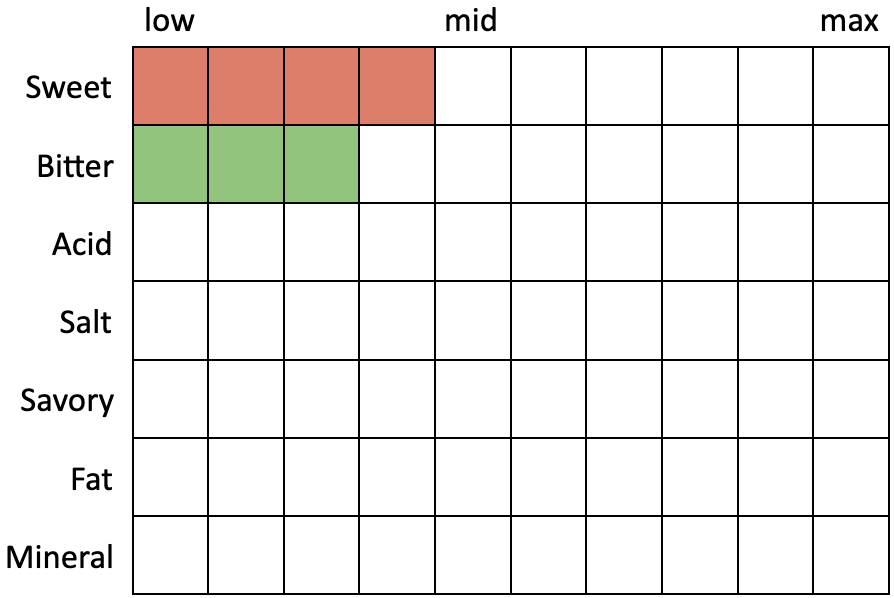 Evaluated as blind entry #6, AleSmith’s Oktoberfest stood out of the pack as more of a dessert beer. This beer was considerably richer and even tasted boozier than the rest of the panel. It had an aroma of fruit cake and even watered down bourbon. The flavor brought baked apple pie with buttery crust. Tons of caramel gave it a caramel-covered apple flavor. Fattiness was huge with this beer thanks to intense pie crust flavors. Bitterness was almost completely absent, however. In many ways, AleSmith’s take is exactly what I enjoy from this style. It’s a master class in malt complexity. 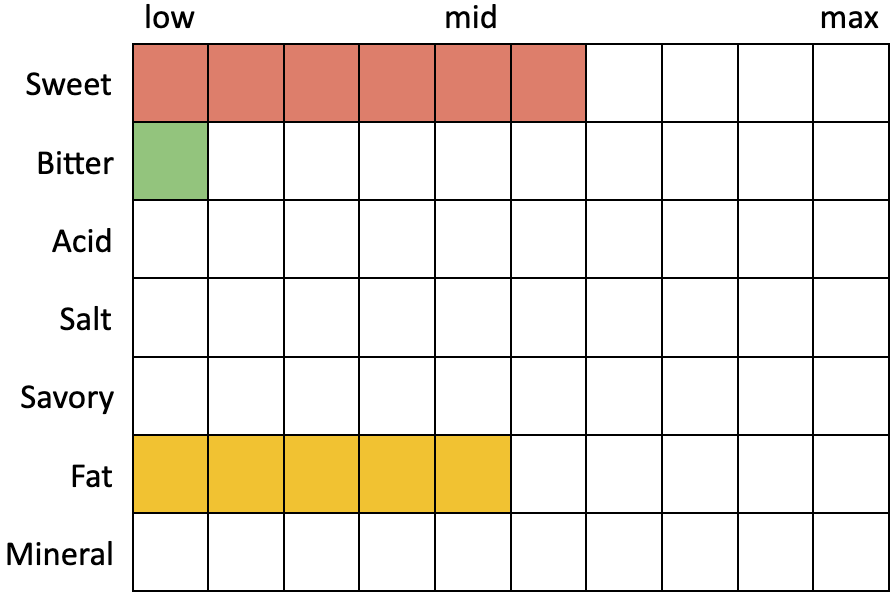 Evaluated as blind entry #3, Enegren Oktoberfest was another big surprise. I’ve never had a beer from Enegren before, but beer-loving friends including our Editor-in-Chief Danny Fullpint highly recommended I try them. Enegren’s Oktoberfest had a crazy grain-focused aroma like Cracklin’ Oat Bran cereal. The flavor was similarly malt forward with hardly any bitterness for balance. Carbonation was also softer and the mouthfeel smooth as hell. Though it wasn’t as stand out rich as say the AleSmith or as hoppy as the JosephsBrau, it tasted incredibly authentic. With minimal hoppiness, somehow this beer remained balanced without tasting syrupy or cloyingly sweet. In the background, there was even some faint acidity like you get with fresh bread. If I were judging these beers in a competition, the Enegren would be tough to beat given how well it exemplifies this malt-forward, German amber lager. I should also mention that I found the can’s graphic design the most appealing of the group. 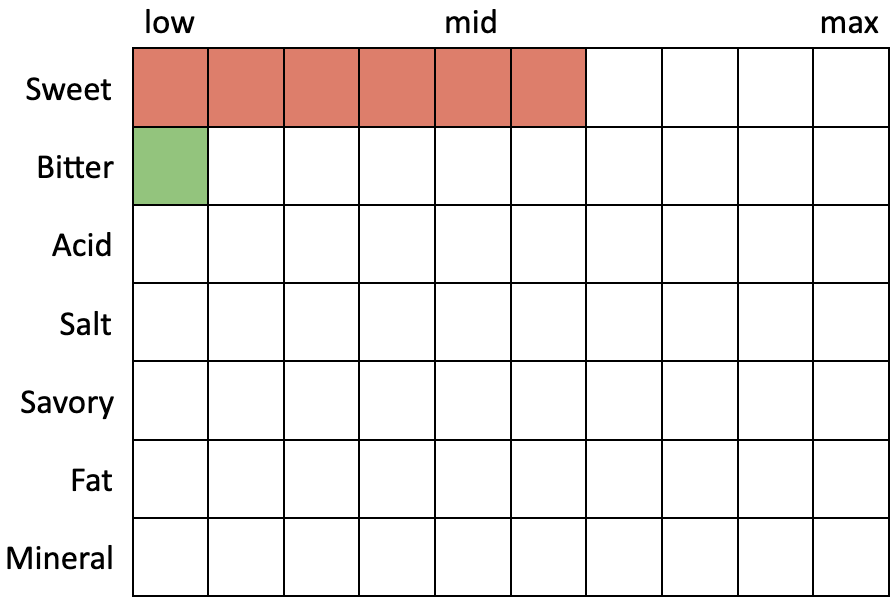 Evaluated as blind entry #4, SKA’s Oktoberfest easily won this blind panel test. It had a highly unusual aroma for this style that combined spiced orange peel, freshly baked rustic bread, and powerful lemon for an almost iced tea character. The mouthfeel was silky with high carbonation and some coating oiliness around the palate. It had by far the best balance of the group with background lemon-like bitterness that brightened up the beer and really let you appreciate the caramel and toasted bread notes of the base beer. The SKA was almost elixir-like with its combination of herbs, citrus peel, and rustic grains. I would go so far as to say that this beer tasted bright and juicy, which are two words that almost never describe Oktoberfest. I must mention, however, that SKA’s rendition is far from authentic when compared to the Oktoberfests from AleSmith and Enegren (and obviously the Ayinger). But its playful approach to the style and unique flavor combination allowed it to stick out of the crowd. It best captured the festival aspect of this style as repeat sips were a must. Personally, this is the beer I would request by the liter mug in Munich. 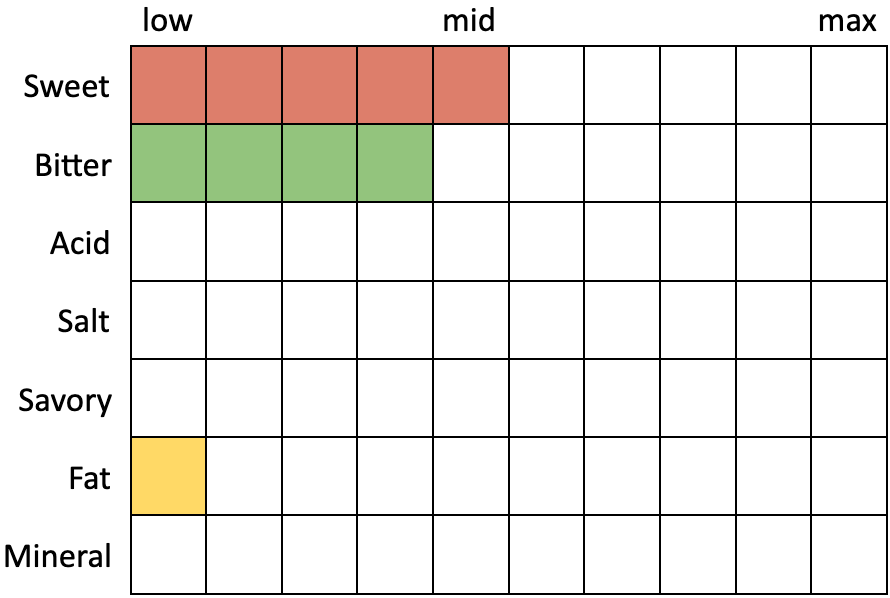 When sampled in a blind panel, these eight beers had significantly different aroma and flavor profiles from each other. None were outright bad while only a couple stuck out as unique in a positive way. In terms of authenticity, I would give the edge to the Enegren. But based on overall enjoyability on my part, I preferred the SKA. It was better balanced and brought together some unusual flavors.

Only one beer could be identified during the blind tasting, which was Ayinger’s Oktober Fest-Märzen. This was because the beer showed signs of structural damage from its importation process. It was a delicious beer underneath but otherwise tasted glaringly not fresh. For this reason, I’m glad I did not include more imported German examples.

Thankfully, no beers were widely outside the style parameters. Some Oktoberfests I’ve evaluated in the past such as one by Ninkasi and another by Surly broke the mold. The Ninkasi Oktoberfest was a blonde beer, for instance, while the Surly one was extravagantly hopped and brewed with rye. Each one of the beers tested was crystal clear amber to copper to color with minimal to moderate bitterness and prominent maltiness.

Perhaps the most interesting result is that the most popular Oktoberfests in the U.S. fared somewhat poorly, coming in at sixth and seventh place out of eight. I mentioned in my in-depth review a few weeks ago that I wasn’t in love with this year’s Sierra Nevada Oktoberfest. I’m also not historically a fan of Sam Adams OctoberFest, though it has been a long time since I last tried it. For this reason, it was critical these beers were all evaluated blind in order to tease out my obvious bias. In addition, I would have never guessed the JosephsBrau Oktoberfest would fare so well. This beer is part of the Trader Joe’s house lineup that I typically avoid. However, I thought it would nice to give it a fair shot and include in this tasting since it is nationally distributed.