Official description: Relax is the perfect name for this hazy IPA because it’s impossible not to when you’re drinking it. We use a combination of fruit-forward hops like Citra and Amarillo along with Centennial and Simcoe, to impart fruity, tropical and citrus notes, and London 3 yeast to give it that soft, round mouthfeel. No bitterness, no pucker. Just a smooth IPA that drinks like a breeze.

Offshoot Brewing is a…well…offshoot from The Bruery, which made its name selling large format bottles of pricey strong ales like Black Tuesday. With craft beer shifting over to cans and hazy IPAs dominating sales, The Bruery created this sub-brand to keep up. (There’s also a legend that The Bruery swore never to brew an IPA, so a sub-brand was perhaps made to keep that promise.)

Like Monkish, Modern Times, Trillium, and other trendy breweries, Offshoot has been cranking out tons of hazy IPA recipes. However, I see only one beer of theirs frequently pop-up in my local stores: Relax [it’s just a hazy IPA]. I love the design language for this beer. It’s very summery, cheerful, and I love the joke about relaxing in the ocean when there’s a shark about to eat you. But look closer and it’s a harmless whale shark. (Sorry, I photographed the less interesting side of the can.)

I’m sampling Relax from a 4-pack of 16oz cans, which retails for $13.99 plus tax. On the bottom of the can is an easy-to-read packaging date of 6/11/19, making this about two months old at the time of writing – well within the industry standard 4-month freshness window. There’s also a growing continent of drinkers that believe hazy IPAs, in particular, seem to improve after some age vs. super fresh.

Into my glass, Relax certainly looks the part with a turbid, deep golden color that has a slight brownish tinge to it. (The brown color is even more intense with the imperial version called Retreat.) Thick, yellowish foam erupts out of the glass and spills over the sides with ease requiring a quick cleanup. Head retention is impressive lasting over two minutes at least.

Bringing up the glass, Relax has a sweeter aroma of canned peaches, pineapple sorbet, and fleeting, volatile aromas of menthol and dryer sheets. (Remember, many hazy IPAs have bizarre aromas and flavors in spades thanks to their unfinished brewing process.) This nose cleans up after a few minutes to focus primarily on orange creamsicle.

Flavor-wise, Retreat hits you with a solid kick of spicy hops from the get-go. That pulverized hop matter flavor that is exclusively found in this sub-style gives you a green, plant-like bite that may be new for some drinkers. Then comes the backbone of the experience, which is a huge chalky mid-palate. Relax brings some heavy-duty minerality, but it doesn’t go overboard like some other hazies, which taste gritty like chewing on gravel or concrete. Relax slots right in the middle of this style with well-modulated sugar, medium bitterness, and high, but not overpowering mineral flavors from all the big proteins and yeast in suspension.

The overall package is quite neutral after several sips. There’s that touch of sweet fruitiness, a spicy but waning hop bite, and chalky but not gritty minerality that defines the style. There’s no sticky sweetness, which becomes an issue for some NE-style IPAs where the sweet/bitter ratio is inverted compared to most clear IPAs. And the modest alcohol level doesn’t play a noticeable part. As far as hazy IPAs go, Relax is well-balanced. However, it doesn’t quite give you that tropical fruit milkshake experience that hazy IPA fans seek out. 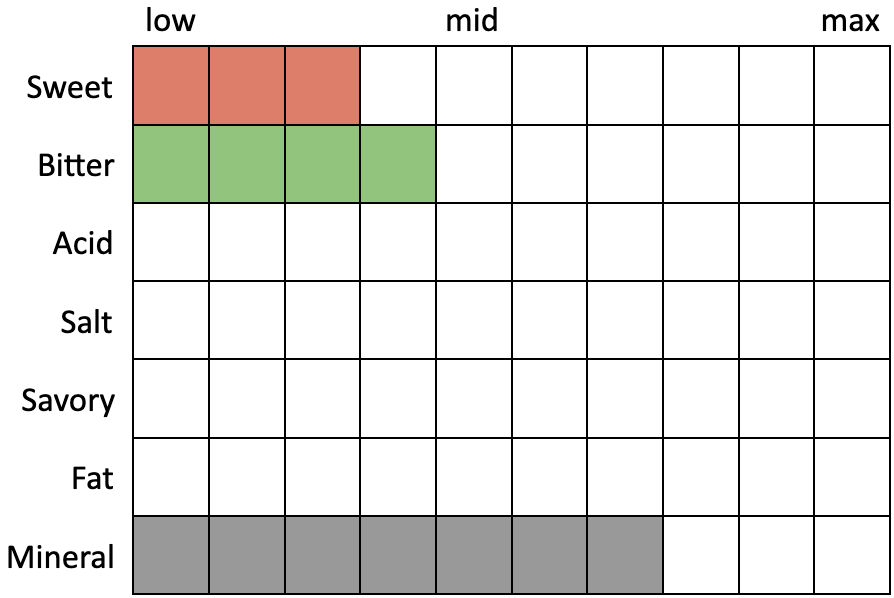 I’ve made it pretty clear in my previous reviews that hazy (or New England-style) IPAs are not my cup of tea. With that said, I found Offshoot’s flagship beer to be solid and enjoyable. It fits right in the middle of my experiences with the style. I appreciate that it isn’t super sweet or super minerally like some renditions – striking a nice balance in the middle. It’s also devoid of the myriad brewing flaws that plague the style. I’ve had a few other Offshoot hazy IPAs, and some of their special release recipes succumb to these flaws in one way or another. Relax is their most fine-tuned recipe that I’ve sampled.

Other larger breweries like Sierra Nevada, New Belgium, Bell’s, Firestone Walker, and Victory have all formulated a version of New England-style IPA for nationwide distribution with varying degrees of success. Bell’s Official and New Belgium Juicy Haze were flops in my book while Sierra Nevada’s Hazy Little Thing, New Belgium Juicifer, Firestone Walker Mind Haze, and Victory Cloud Walker were excellent in my opinion. From smaller breweries in this area, Belching Beaver’s Digital Bath and Modern Times’ Critical Band and Orderville are all spot-on.

Though it’s important to note that some of these widely-distributed hazy IPAs don’t really capture the magic of the style, which at its best tastes like a thick mango milkshake. This is a tough style to make correctly for sure, and I think Offshoot has done a good job with Relax. To give some examples, highly-acclaimed smaller breweries Modern Times and Pizza Port recently collaborated on what should have been the hazy IPA of the century, Gentle Reminder, which was dreadful. IPA-obsessed Stone Brewing hasn’t even attempted to distribute one, though they have released a few tropical IPAs with fruit juice added. Their regular strength Vengeful Spirit was excellent, though the reformulated imperial version distributed across the country this year was not.