Official description: We’ve had plenty of fan-favorite beers over the years, but few have garnered the cult-like adoration of this one. Stone Notorious P.O.G. was originally brewed at our 10bbl Liberty Station brewhouse in San Diego, as a collaboration with comedian / actor Jonah Ray. It’s a tribute to the passion fruit, orange and guava juice (aka POG) he grew up drinking in Hawaii. This Berliner Weisse-style ale is loaded with the aforementioned trifecta of fresh, tropical fruits, making for a unique flavor that’s tart and refreshing yet deeply rich and complex. It’s as ridiculously tasty as it is deliciously unique. 4.7% ABV, 7 IBUs.

Stone has been on a tropical beer kick for the past couple of years. Tangerine Express IPA was a big hit as was Scorpion Bowl IPA. Vengeful Spirit was excellent too, but an imperial version had greater distribution this year that didn’t quite capture the same…uh…spirit. Tropic of Thunder was the first non-IPA to really join Stone’s overhauled, tropical-themed lineup; but it still more or less drank like an IPA too. Perhaps Notorious P.O.G. will finally add that desperately needed non-hoppy, tropical beer to the brewery’s portfolio.

I’m sampling this from a colossal, 19.2oz can that looks like something you’d pick up from a 7-Eleven. The big single cost me $5 plus tax with 6-packs of 12oz cans on sale for a whopping $16.99 in my local stores. It looks delicious, but it’s currently one of the pricier beers I was able to find in 6-packs. On the bottom of the can, there’s an easy-to-read packaging date of 6/15/19 as well as an enjoy-by date of 10/13/19 – in line with the industry standard 4-month window.

Into my glass, Stone’s P.O.G. is fully hazy, translucent golden in color with massive foam for a Berliner Weisse and surprisingly strong head retention to boot. It looks more like a hazy IPA at this stage. Aroma-wise, this beer is loaded with tropical fruit with fresh orange juice; ripe, pink guava; and seedy, bright passion fruit all exploding out of the glass. It really nails it for this classic Hawaiian fruit combo. And because these aromas aren’t volatile compounds from fancy hop additions, the fruit character sticks around indefinitely in the nose.

All of that powerful fruit juice in the aroma translates perfectly to the flavor. It tastes scarily like pure fruit juice. There’s also very little sourness to this Berliner. I was expecting quite a bit of acidity, but there is hardly any. Instead, Notorious P.O.G. is quite malty and even oily with a bready, thick base beer underneath and nicely tempered lactic acid. Given its surprisingly rich maltiness, it drinks closer to a fruited blonde ale than a Berliner in my opinion. Even citric acid from the fruit seems toned down too. What this means is that the fruit juices are front and center with excellent play of mild sugar and mild acid to let them pop. Just a hint of lactic creaminess in the palate is one of the few reminders that you aren’t drinking straight up fruit juice. 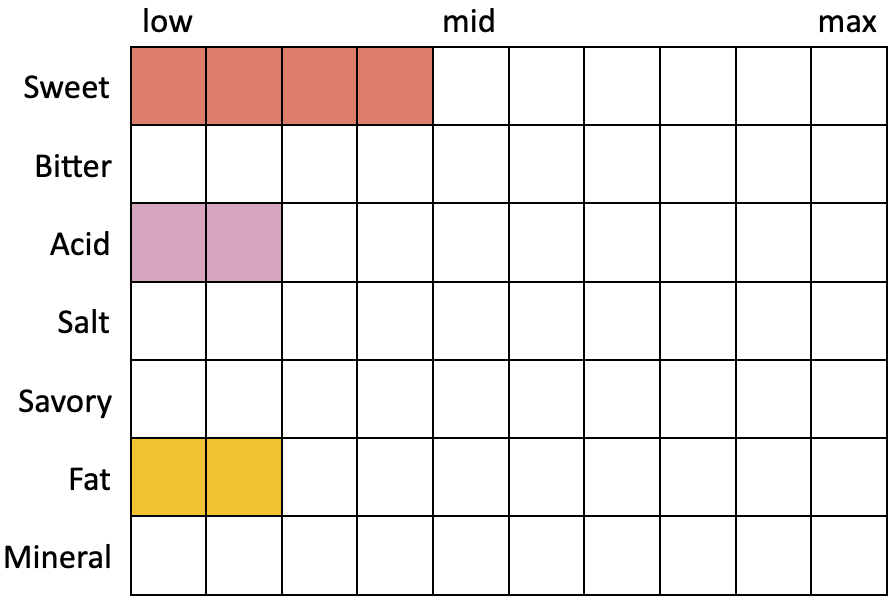 Stone’s Notorious P.O.G. is absolutely phenomenal. This is one of the most refreshing, fruit-forward beers I’ve ever experienced. The P.O.G. aroma and flavor is extremely robust and gives “juicy” a whole new meaning in the context of beer. Just a touch of breadiness and dairy-like lactic acid are all you get to remind you this is still a beer. I think just about anyone could find something to like about this beer. It’s not hoppy or bitter, barely sour, there’s hardly any alcohol presence, and it delivers on that tropical fruit juice in spades. This is the beer I’ve been waiting for from Stone.

I reviewed Wild Barrel’s Vice POG earlier this year, which was very similar but has limited distribution. Both have limited acidity, prominent sweetness, and rich maltiness – unusual traits for Berliner Weisse.