Official description: Karl Strauss and Russian River may hail from different parts of California, but we have still managed to enjoy countless beers together over the past 30 years. This most recent time was special. We didn’t just drink beer, we BREWED one! A collab of this magnitude between two iconic breweries warrants something different, a modern IPA with a fresh and vibrant flavor profile thanks to a new hop cultivar. Introducing New California IPA, brewed with Pahto hops for a clean bitterness. Strata, Ekuanot, Amarillo, and Idaho 7 hops add notes of citrus, berry, tropical fruit, and pine. Here’s to longtime friends and new adventures together.

It’s not every day that you see a new Russian River collab hitting the shelves. Karl Strauss may not be as well known or hyped, but they make some outstanding IPAs. Their flagship beer Aurora Hoppyalis was my highest rated IPA in a large blind tasting we did last year. Aurora Hoppyalis is one of the cleanest examples of a clear, modern IPA that I can think of, but it flies under the radar for most enthusiasts I think.

As far as what’s inside the can, my initial thought was that the “New California” name parodies the “New England” IPAs that have taken over the market. Perhaps it’s also a take on a hazy, soupy IPA. But given Russian River’s expertise for super clean IPAs Blind Pig and Pliny the Elder, my hope is that it’s the opposite. Regarding its exotic hop bill, my first impression with Strata hops was with Deschutes Chasin’ Freshies, which was a phenomenal beer. I’ve never tried a beer with Pahto hops before, but a quick online search reveals this is the new name for a super high alpha-acid hop previously called HBC 682. For those who aren’t super nerdy about hops, alpha-acid content of a hop strain roughly translates to how much bitterness you can expect it will add to a beer.

I’m sampling New California IPA from a 16oz, plastic-wrapped can that has no packaging date to be found. This is also the case with Karl Strauss’ other products. Even though Aurora Hoppyalis was my favorite in a large blind test of IPAs, it’s a beer I don’t pick up on the regular because it lacks packaging dates. This is way behind the curve for the industry. Russian River, on the other hand, is obsessed with freshness for their IPAs. Packaging dates are extremely well-marked on Blind Pig and Pliny, and their distribution system limits supply so that everyone gobbles up fresh beer rather than risking old IPAs on the shelf. After closer inspection, I did find “EJB 10-22-19,” which I assume is an enjoy-by date. It’s barely legible, though, and not in a place most consumers would think to look: on the lower rim of the can instead of the bottom itself. Plus, enjoy-by dates are inferior to packaging dates because consumers don’t know what freshness period breweries have adopted for their products.

Into my glass, New California IPA is miraculously clear, pale golden in color with voluminous meringue-like foam that sticks around for over two minutes. Beautiful aromas of sweet pineapple and vanilla soft serve ice cream combine for a Dole Whip experience. Layered atop is fresh brioche and angel food cake, which make for a relatively delicate aroma. It’s difficult for me to pick out individual, fancy hop strains, but it doesn’t immediately come across as this super tropical, dank IPA in my opinion.

Though this beer is light golden with a delicate pineapple aroma, the flavor seems to go in a different direction. After just a few sips, it really brings out the rye malt. The body is chewy and dense with a spicy and somewhat tannic element from the rye that gives it extra depth. Firm bitterness, helped out I’m sure by the Pahto hops, pushes this IPA into somewhat aggressive territory, but it never becomes astringent or overwhelming. That earthy bite from the rye grain coupled with the higher alpha-acid Pahto hops gives this beer huge presence and unexpected density in the mouthfeel. In the finish, New California is slightly dry with lingering bitterness. 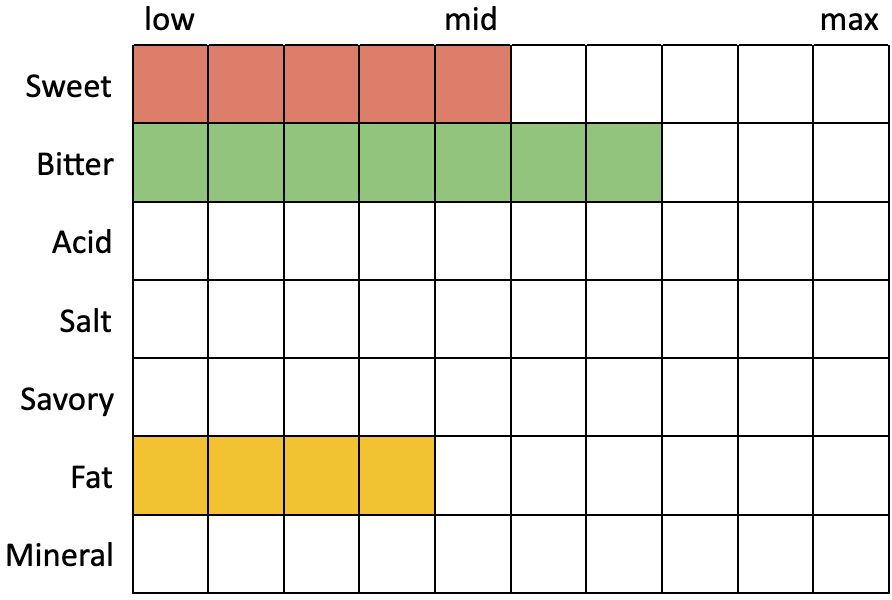 Even with the Russian River hype behind the name, New California IPA lives up to expectations. This is a great example of a modern, clear IPA that gives you a bright aroma, firm bitterness, and exceptional body and mouthfeel. Perhaps the biggest surprise is how the rye malt character steals the show away from the special hop varietals. Given its exquisite balance and unique profile versus Aurora Hoppyalis, I’d love to see this beer become a year-round or at least a seasonal Karl Strauss offering and not just a special release.