Official description: We bring this tropical treat to you as a gift from the Pacific Northwest. Lush is brewed with a hand-selected blend of malts and lush, tropical hops reminiscent of lime, mango, and guava…Because Beer Matters! “For a moment, nothing happened. Then, after a second or so, nothing continued to happen.” – Douglas Adams   Malts: 2-Row Pale, Honey. Hops: Citra, Mosaic, Citra Lupulin Powder. 7.0% ABV, 80 IBUs.

Fremont is one of my favorite breweries out there. When I first visited the brewery’s taproom in Seattle back in 2013, I was astounded at the quality of beer. Style after style, Fremont beers showed extreme attention to detail. Their Cowiche Canyon Fresh Hop IPA remains forever emblazoned in my memory as one of the best IPAs I’ve ever experienced.

Lush IPA is one of many hoppy pale ales in Fremont’s year-round lineup. A session pale ale, an APA, two clear IPAs, a hazy IPA, and an imperial oatmeal stout round out the core offerings. Lush is the more modern IPA recipe-wise compared to Interurban, which uses Munich and Honey malts as well as Chinook, Centennial, and Amarillo hops.

Earlier this year I wrote an in-depth review for the only non-pale ale in the bunch, Fremont Dark Star. Dark Star was seriously impressive and should be a staple in my fridge during the winter months. But Dark Star has relatively little competition. How does Lush IPA stack up against the most popular and congested segment in craft beer?

Before diving into the review, I should note that I sampled Fremont Lush for the first time last year in our head to head IPA blind tasting. It scored very well tying for fourth place in a 20 beer blind challenge. You can see what panel tasters thought of Lush from that write-up as well as my thoughts on the beer when it was compared directly to 19 other IPAs back to back.

I’m sampling this from a 6-pack paper carton of 12oz cans found for $11 plus tax. On the outside of the carton as well as on the bottom of each can is an easy-to-read packaging date of 4/11/19, which makes this about 6 weeks old at the time of writing. According to the website, Fremont gives this beer a 90-day freshness window, which is a little more realistic vs. the 4-month window many other breweries use. I should also mention that the satin effect on the can label is absolutely gorgeous.

Into my glass, Lush is deep golden in color with a slight haziness that clears up all the way as the beer reaches room temperature. Medium white foam caps off the beer with a nice glossy sheen to it. Though the head begins to collapse sooner than I’d like lasting about a minute.

The aroma is sweeter than expected with orange marmalade, flan, and caramel cake juxtaposed with stinky, dank hops possibly accentuated by the lupulin powder. Digging in, Lush brings a familiar mix of chewy caramel, honey rolls, and rich maltiness coupled with powerful resinous hops. Balance here is astounding. You get an aggressive punch of hop bitterness but the beer is sweet and dense enough to handle it. There’s an oily, creamy mouthfeel to this IPA that gives it a dessert quality when coupled with the caramel. In the finale, there’s just a faint hint of sourdough bread that adds some extra balance. As you can see from the perceived specs below, Lush is one of the most balanced IPAs I’ve reviewed. 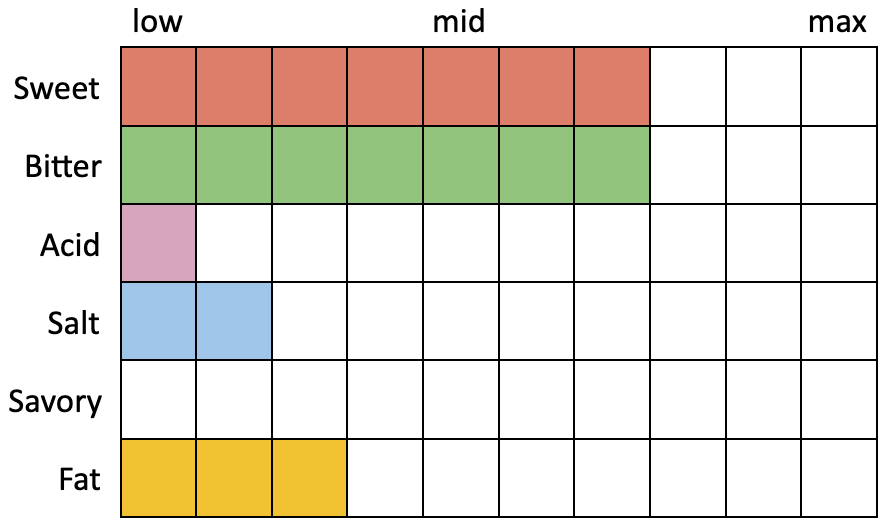 Fremont absolutely crushed it with this beer. Lush is familiar, approachable, and exhibits all the best attributes of clear IPA. If I lived in the Pacific Northwest, this would probably be the most stocked beer in my house. Even with its long trip from Seattle, Lush still holds its own against regional standards like Pizza Port Swami’s and Beachwood Amalgamator. It’s on par with the best in the segment, available in cans, readily available on store shelves, and priced competitively. It’s the whole package.