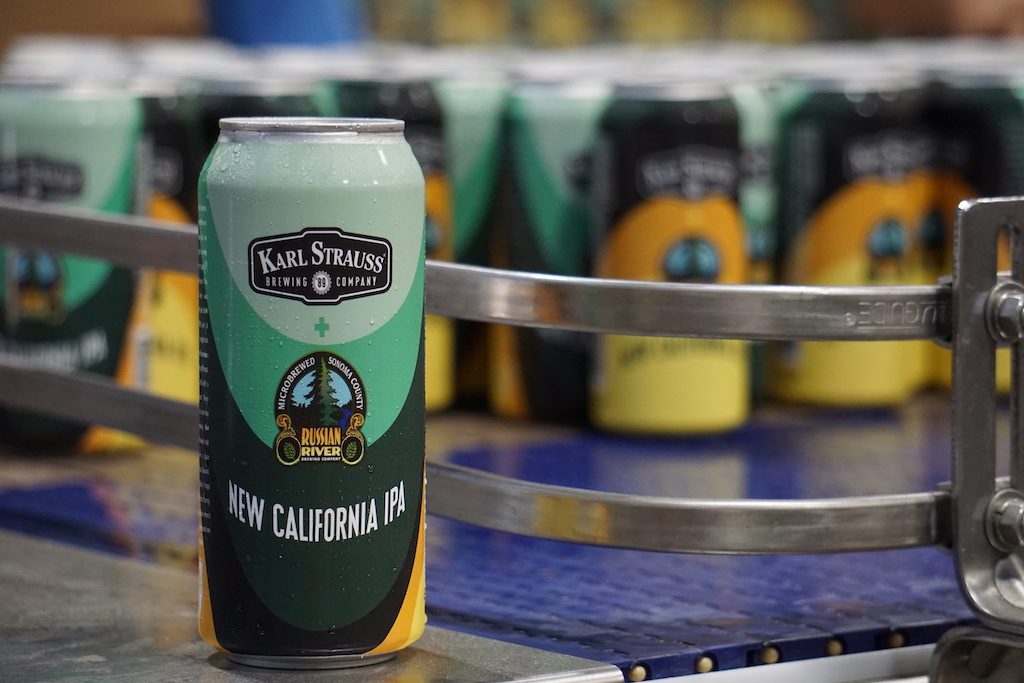 Santa Rosa’s Russian River and San Diego’s Karl Strauss set out to brew a beer that pays homage to craft beer’s most adored beer style, the India Pale Ale. The two breweries used their collective knowledge gained over the past 30+ years in the craft brewing industry to brew a new, refined IPA. Some India Pale Ales are extremely bitter, while others overly focus on aroma and flavor with no bite, but New California IPA strikes that “Goldilocks” balance between the two.

This beer focuses on each critical stage of hop addition: bittering, flavor, aroma, and dry-hopping. The star of this India Pale Ale is a rather new cultivar: the Pahto hop. It is a high-alpha hop that lends a palatable bitterness throughout the beer, while an all-star lineup of Strata, Ekuanot, Amarillo, and Idaho 7 hops deliver wildly diverse layers of flavors, from bright citrus to tropical fruit to resinous pine.

New California IPA will be available on draft and in 16oz can 4-packs beginning on August 1st (which is not-so-coincidentally IPA Day!) This IPA can be enjoyed at Karl Strauss’ Tasting Room, Brewpubs, and at craft accounts throughout California.