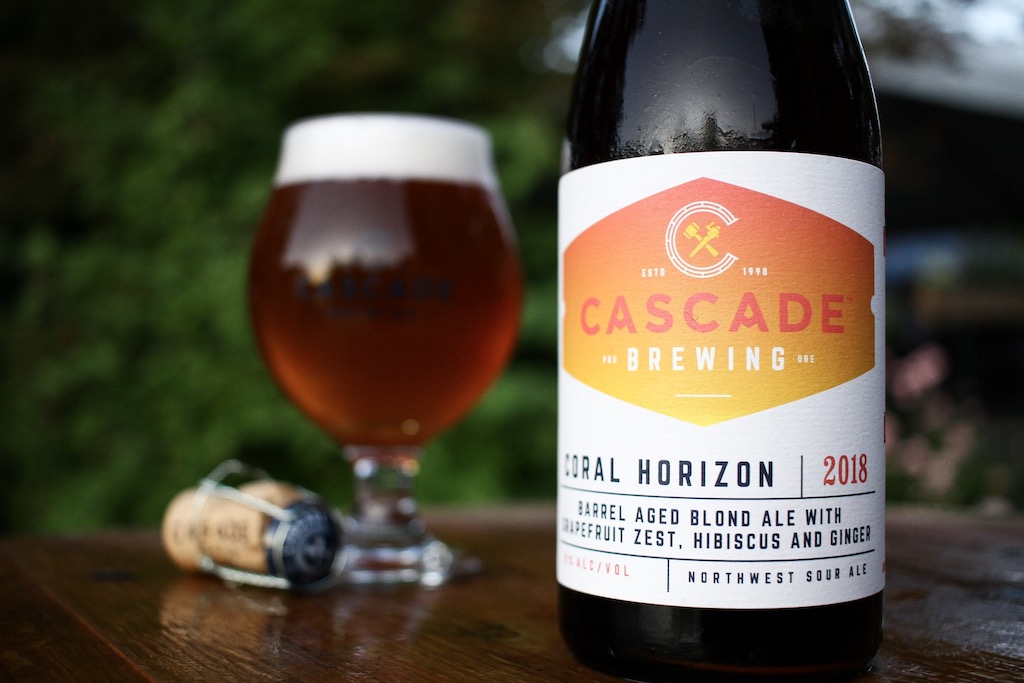 A new product for Cascade Brewing, Coral Horizon is a blend of sour blond ales aged in oak wine barrels for up to 16 months with late infusions of grapefruit zest, hibiscus tea and freshly chopped ginger root. Pouring a pale coral-red hue reminiscent of a summer sunset, this small batch blend offers a soft, approachable acidity level with aromas of ruby red grapefruit and a refreshing ginger spice (8% ABV).

“One of the key concepts behind this blend was to incorporate all of the major botanical components commonly used in brewing, including roots, fruits and flowers.”  said Kevin Martin, Cascade Brewing Director of Brewery Operations. “With a relatively tame acidity level, this is an extremely accessible beer for those new to sour beer with plenty of complexity and nuance for the seasoned sour drinker.”