(Escondido, CA) – Stone Brewing is proud to announce the release of a cult fan favorite, Stone Notorious P.O.G. Berliner Weisse. Brewed with passion fruit, orange and guava the beer releases this week for a limited time. 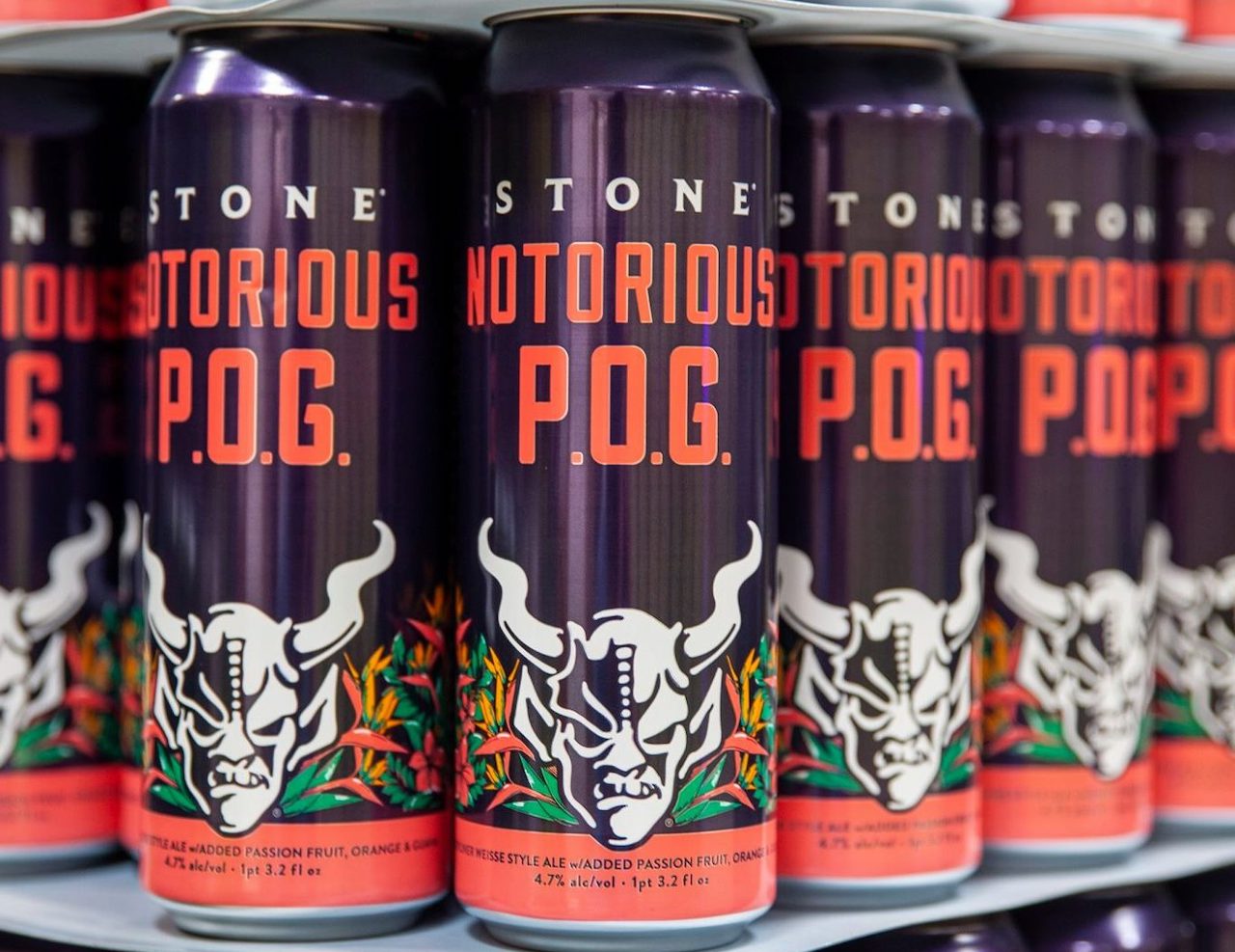 In 2016, actor and comedian Jonah Ray joined Stone brewer Kris Ketcham for a collaboration brew at the Stone Brewing World Bistro & Gardens – Liberty Station. Hill, a native Hawaiian, grew up on the stuff island childhoods were made of – POG Juice. So the “P,” the “O” and the “G” were mandates for his Stone collaboration beer.  Countless passion fruits, oranges and guavas later, the beer’s successive small-batch rebrews continued to be met by clamoring fans.

“I love my hops in beer, but I also appreciate brewing and enjoying a wide range of beer styles,” said Kris Ketcham, Stone Brewing Senior Manager of Brewing & Innovation who collaborated alongside Jonah Ray on the first brew. “Clearly our fans also appreciate the exploration of other styles, beers that rise to other occasions, and the occasional beer that wows us at the most unexpected time. We originally set out to brew a POG IPA but I’d been exploring with the Berliner Weisse style and knew it would highlight those fruit flavors best. I never would have imagined the following this beer has created, and I’m continually impressed by our fans’ appreciation for a beer that’s balanced, flavorful and intriguing – no matter the style.”

Once a blip on the Stone Brewing Liberty Station rotating list of draft beers, Stone Notorious P.O.G. Berliner Weisse makes its national debut beginning this week. From Hawaii to the Big Apple the little brew will unleash to the big world in 12oz six-pack cans, 19.2oz single-serve cans, 22oz bombers and draft. So, “notorious,” it is. The name was clever, until it was all too fitting.

About Stone Brewing
Founded by Greg Koch and Steve Wagner in 1996, the groundbreaking San Diego-based Stone Brewing is the 9th largest craft brewer in the United States. Recognized as an award-winning industry leader, Stone has been listed on the Inc. 500 | 5000 Fastest Growing Private Companies list 12 times and has been called the “All-time Top Brewery on Planet Earth” by BeerAdvocate magazine twice. The multifaceted company operates brewing facilities in Escondido, CA and Richmond, VA, in addition to tap room locationsthroughout the US, Germany and China. Known for its bold, flavorful and largely hop-centric beers, Stone has earned a reputation for brewing outstanding, unique beers while maintaining an unwavering commitment to sustainability, business ethics, philanthropy and the art of brewing… and pledging to never, ever, sell out to the man.  For more information on Stone Brewing, please visit stonebrewing.com or the company’s social media sites: Facebook, Instagram and Twitter.