Official description: Brewing beer is in our genes. Tropical DNA features a complex lush fruitiness with a bright hoppy finish. This hazy IPA is brimming with tropical citrus aromas that transport your taste buds to paradise, sip after sip. 7% ABV, 40 IBUs.

When Green Flash went through a major overhaul of its branding and beer lineup earlier this year, it retained a few beers in its year-round portfolio. Soul Style IPA and GFB Blonde Ale stayed on while Green Flash introduced a completely new hazy IPA recipe, Tropical DNA, as well as brought back its original recipe West Coast IPA. Now, there was a Tropical DNA beer available on tap only in 2017 that was subsequently released in limited cans in 2018, but that was a 15 IBU recipe with Citra, Simcoe, and Mosaic hops. This new version made for wide distribution doesn’t specify the hops used.

I’m sampling this from a 12oz bottle with a packaging date of 4/25/19, which is not a fresh as I’d like, but it is still within the industry-standard 4-month freshness window. (There’s also a growing contingent that believes that hazy IPAs are better when they are not super fresh.) Into my glass, Tropical DNA is a fairly hazy straw color that isn’t even close to the opaque, soupy IPAs from breweries like Monkish or Tree House. Huge white foam erupts over the edge of my glass prompting a quick cleanup before its photo shoot. That foam sticks around for an impressive three minutes or more.

The aroma is sweet and fruity with pineapple and ice cream to create a Dole Whip character. Touches of lemon peek through along with a tiny whiff of vinegar and scented soap. It cleans up mostly as it warms doubling down on sweet creamsicle aromas. Flavor-wise, Tropical DNA is quite sweet with pineapple flavors really popping. Since there’s so little bitterness to round things out here, the 7% ABV really plays a part adding a boozy, white rum character that when coupled with sweet pineapple flavors creates a poolside mixed drink experience. Like many cocktails, the sweetness level is a bit over-the-top for me creating a cloying effect. But perhaps its saving grace is that Tropical DNA isn’t too minerally with mild chalk and no gritty flavors that typically plague this beer style. (I’ve even had to add a “Mineral” component to my flavor chart since Hazy IPAs bestow this unfinished, yeasty flavor in spades.) 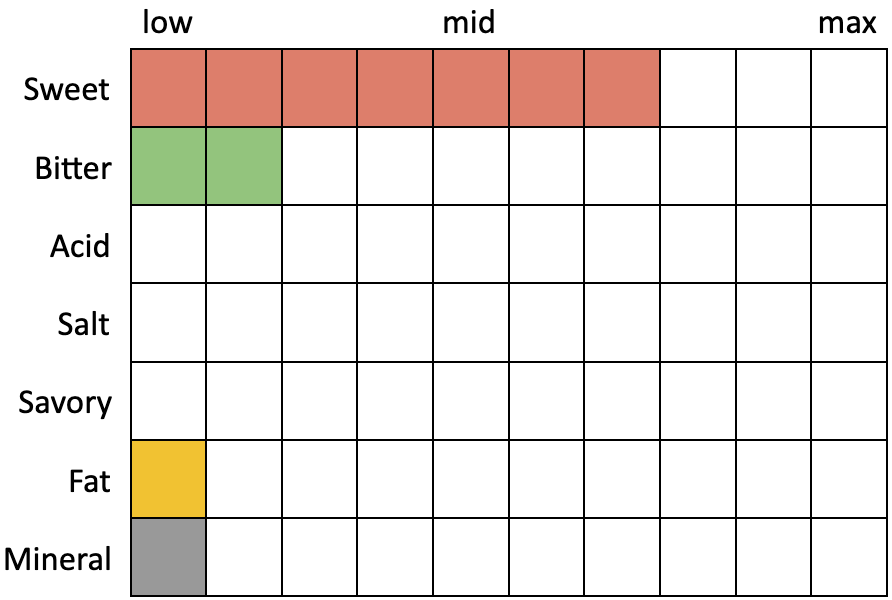 Tropical DNA does a good job presenting the New England-style or Hazy IPA to the masses thanks to its regional distribution footprint. Other larger breweries like Sierra Nevada, New Belgium, Bell’s, Firestone Walker, and Victory have all formulated a similar beer for nationwide distribution with varying degrees of success. Bell’s Official and New Belgium Juicy Haze flopped in my book while Sierra Nevada’s Hazy Little Thing, New Belgium Juicifer, Firestone Walker Mind Haze, and Victory Cloud Walker were excellent in my opinion. From smaller breweries in Southern California, Belching Beaver’s Digital Bath and Modern Times’ Critical Band and Orderville are all spot-on.

Though it’s important to note that some of these widely-distributed Hazy IPAs don’t really capture the magic of the style, which at its best tastes like a thick mango milkshake. This is a tough style to make correctly for sure. Highly-acclaimed smaller breweries Modern Times and Pizza Port recently collaborated on what should have been the Hazy IPA of the century, Gentle Reminder, which was dreadful. IPA-obsessed Stone Brewing hasn’t even attempted to distribute one, though they have released a few “tropical” IPAs with fruit juice added. Their regular strength Vengeful Spirit was excellent, though the reformulated imperial version distributed across the country this year was not.

With this mixed landscape in mind, Tropical DNA is quite impressive as it does give you that sweet pineapple mixed drink flavor with big sugar and minimal bitterness. Most of all, it lacks the gritty concrete and chalky flavors that plague the New England-style IPA segment in general.