Official description: Rye Vanilla Medianoche starts as a complex, rich, and full-bodied imperial stout, brewed with chocolate rye, roasted rye, and caramel rye malts, then boiled continuously for nearly 36 hours. After fermentation, this massive stout was aged for 18 months in 10-year American oak barrels used to age Straight Rye Whiskey made from 100% unmalted rye. Finally, we aged the finished beer on Madagascar and Ugandan vanilla beans for over three months. 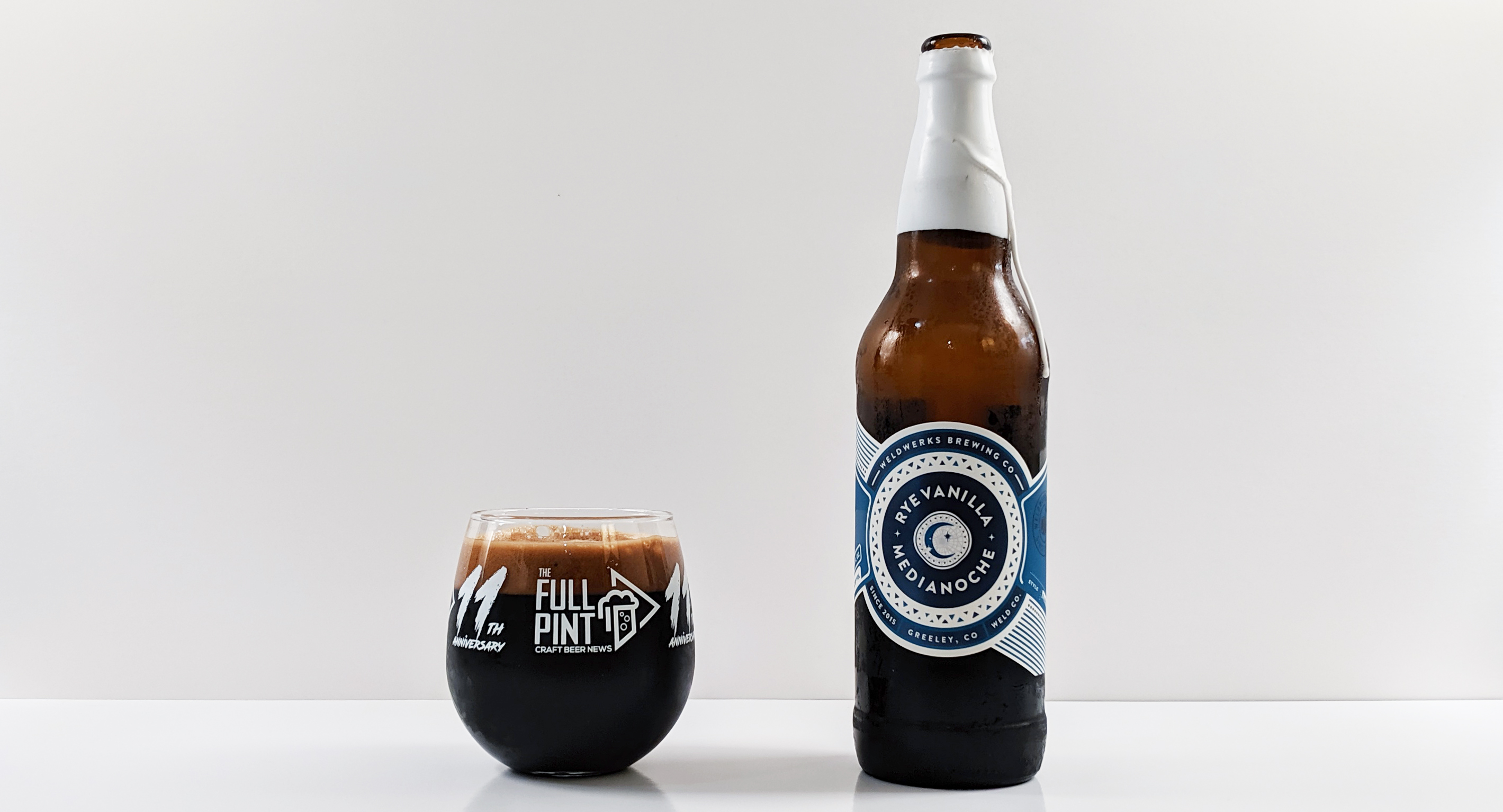 Rye Vanilla Medianoche is my first beer reviewed from WeldWerks, who also hails from Greely, CO. You may remember one of my favorite beers this year came from Greely, Wiley Roots Blueberry & Lemon County Fair Cobbler. This little college town has at least six craft breweries with four of them just blocks from each other including Wiley Roots and WeldWerks.

I’m sampling this from a 22oz bomber that is nicely presented with melted white wax on the cap. I like the label design on the beer, which is radially symmetric and non-rectilinear. Into my glass, this special version of their Medianoche is used motor oil black with similar viscosity. A thin stream of liquid barely does enough splashing in the glass to generate a head of foam. Careful coaxing and raising the pouring height of the bottle finally generates one mean-looking head of mocha-colored foam.

Bringing up the glass, Rye Vanilla Medianoche (just Medianoche hereon) gives you a rich aroma filled with all types of desserts like toffee, butterscotch, dark chocolate fudge, but also dark rum and something like torched blueberries. At room temperature, Cherries Jubilee comes to mind.

Flavors here don’t immediately match the complex nose. Medianoche is far more bitter and dry than expected. From the monster ABV and ambitious recipe, I was expecting a syrupy sweet dessert beer. Instead, this is focused on mega roast and tannic oak barrel. Heavy-duty roasted malts impart a predictable bitter, charred flavor but also an acidic, lemony flavor. That gives Medianoche an unexpected tart bite. Couple that with long barrel aging and you get wood tannins accentuating that bitterness. On top of that, residual sugar is uncharacteristically low for the style. That places Medianoche in a weird spot where it is extra bitter, slightly acidic, and relatively dry – an unusual combination for imperial stout. On the plus side, flambéed black cherry flavors really pop at this stage – something I haven’t experienced in a long with an imperial stout.

In addition, the mouthfeel on this is absolutely superb. Heavy use of rye malt may play a part, which typically adds a silkiness to beer. Medianoche has that soft silkiness in spades. It also hides its near 14% ABV remarkably well. Since it isn’t syrupy sweet and a chore to drink, this beer is far too easy to put down before the 14% catches up with you. 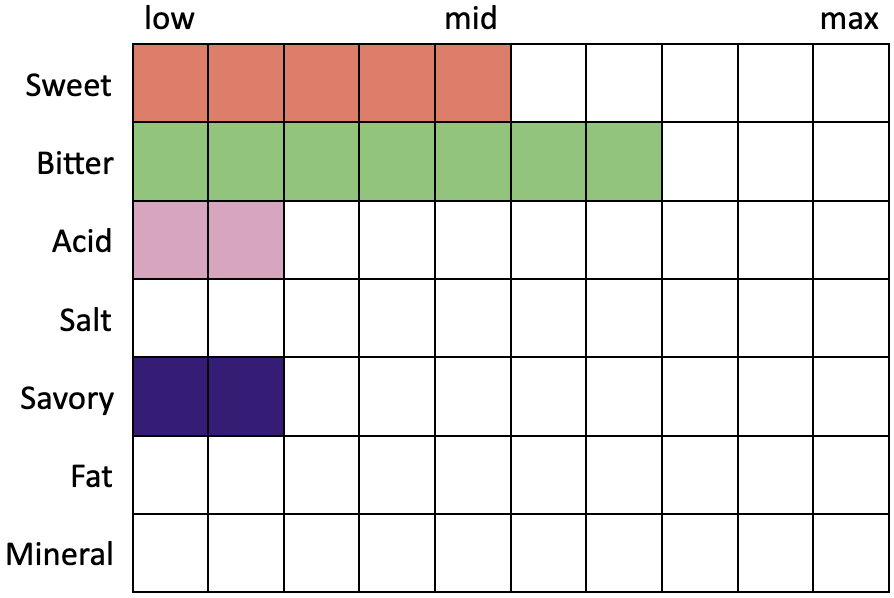 Rye Vanilla Medianoche is such a nice surprise. I tend to gravitate towards bitter imperial stouts like Bell’s Expedition and absolutely love any beers that incorporate special grains like rye or oats to bolster mouthfeel. This beer ticks both of those boxes. But Medianoche’s pronounced acidic bite from the heavy use of roasted malts is perhaps a bit too intense for its dessert-like intentions. Flavor-wise, it’s tough to pick out all the complex desserts you were hoping for from the aroma. This also drinks much lighter than its 14% suggests with powerful roast and bitterness and very little residual sugar. That’s great for me, but may be a surprise for some drinkers.

Medianoche has a similar profile to Perennial’s imperial stouts such as Maman.