Official description: Hopped with 100% Nelson Sauvin hops. As you contemplate the path to the top of Mt. Nelson, think about the 2.5 lbs. per barrel of New Zealand Nelson Sauvin hops in this precarious pale ale. Ruminate on the diesely, tropical fruit and melon aromas. May we suggest a word of advice: it’s not the summit of Mt. Nelson you need to worry about, rather, the way down to the bottom.

I don’t hide my general distaste for hazy IPAs and their offspring. However, some breweries can pull off this style with aplomb. One of my favorites last year was Fremont’s Head Full of Dynomite. Earlier this year, I was also impressed with Cellarmaker’s The Snuggler as well as several other hazies of theirs since. Mt. Nelson is one of Cellarmaker’s most popular beers – perhaps because it utilizes the most coveted hop cultivar in the industry, Nelson Sauvin, which has a limited supply from New Zealand. Last year, I reviewed Alpine’s well-known Nelson, which is billed as a hazy rye IPA with a step-up in ABV at 7%. However, Alpine Nelson didn’t bring out the wild aroma of Nelson hops, which are known for Sauvignon Blanc grape-like notes of gooseberry and lychee. I’m curious to see how Cellarmaker’s rendition fares.

I’m reviewing Cellarmaker Mt. Nelson from a 16oz can dated “02/10/20” with a crazy small freshness window of “21 days” according to the stuck-on label. I’m reviewing this about a month after the recommended best by date, so keep that in mind. (Note, this was the same deal with The Snuggler, which still tasted great in my opinion.)

Into my glass, Mt. Nelson is nicely cloudy straw-colored and generates a healthy head of whipped foam with a variety of bubble sizes and a nice glossy sheen on top. There’s seemingly infinite head retention on this beer – I had to start enjoying it before it showed any signs of collapse. It also isn’t as murky or sludgy-looking as some other hazy IPAs (or APAs) out there, which I appreciate.

Bringing up the glass, I immediately get a powerful hit of crushed gooseberry, white grapes, pineapple, and Angel food cake. Let it warm up and I get Bartlett pear and green mango, too. It’s truly mesmerizing – one of the most vibrant Nelson hop aromas I can remember. Digging in, Mt. Nelson is snappy and light-bodied with a session IPA mouthfeel. It isn’t gritty or chalky like most other hazies out there. Mt. Nelson is bright and quenching with a cloud-like palate that allows the beer to float in the mouth. Overall sweetness is very low, which accentuates bitterness and would otherwise make for an astringent, wicking mouthfeel. However, it remains well-mannered with a clean finish – lacking any soapy or undesirable qualities. Like a few other hazies I’ve tried in the past, Mt. Nelson breaks the mold of the typical New England-style pale ale where hop bitterness is very low and sweetness is high. 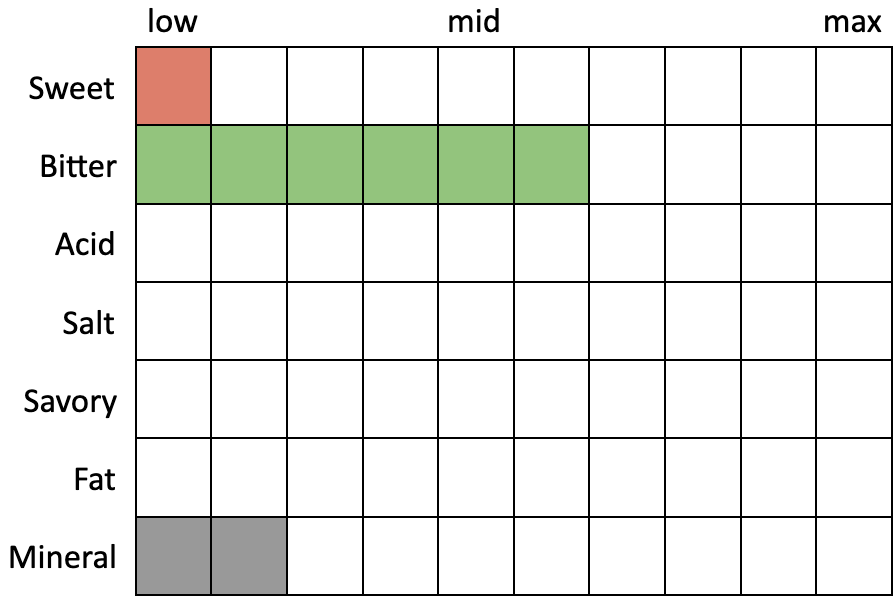 Mt. Nelson is one of the few instances where a Nelson-billed beer really meets expectations in the aroma. Since it breaks the mold of the typical New England-style pale ale, you don’t have to grapple with intense sweetness and a muddy, chalky mouthfeel. Rather, Mt. Nelson is bright and Session IPA-like with a clean finish and sharp, exaggerated bitterness that really focuses on the special hop used. I especially appreciate the moderate alcohol here, which places it squarely in the APA category. Even trying this a month “out of code” technically, Mt. Nelson is outstanding with one of the best if not the best Nelson hop aromas in recent memory.

Last year, I reviewed Modern Times Space Ways, which is billed as a “Hazy Nelson IPA.” That beer was excellent and did a solid job of bringing out the love it or hate it Nelson Sauvin aroma. However, I give the nod to Mt. Nelson for really capturing that sought-after gooseberry and Sauvignon Blanc notes vs. Space Ways, which leaned into the diesel fuel side of things. Like I mentioned in the introduction, Alpine Nelson didn’t capture the Nelson aroma in an appreciable way despite being fresher when reviewed than the Cellarmaker.