Official description: Our Bitburger & Sierra Nevada Triple Hop’d Lager is brewed from three hop varieties—Cascade from the Eifel region in Germany and Centennial and Chinook from the USA— and refined with Bitburger’s own “Siegelhopfen,” a secret hops blend. Our collaboration brew is an exciting mix that combines a fruity hop taste with a balanced bitter-malty flavor.

One of the most bizarre beer buying experiences in recent memory was going into Costco donning gloves and a mask to buy a 24-pack of shrink-wrapped, imported German beer with the Sierra Nevada logo on it. During this pandemic, breweries have found unique ways to stay afloat from offering drive-thru pick-ups, door-to-door deliveries, and even direct-to-consumer shipping for the first time. AlthoughI’m sure beer sales on-site and at retail bar locations have slumped to record lows, retail sales at grocery stores have most likely increased. Not all craft breweries have the luxury of big retail grocery accounts like Costco.

You may remember last fall when Sierra Nevada released its seasonal Oktoberfest, which rotates annually to include a collaboration with a different German brewery. Last year’s partner was Bitburger and the result was sort of uninspiring as neither Bitburger nor Sierra Nevada specializes in that style. Bitburger’s major label is their Premium Pils, a fairly bitter pale lager, while Sierra Nevada’s is their ubiquitous Pale Ale, a hop monster by most standards. Triple Hop’d Lager is the reverse of last year’s collaboration: Sierra Nevada helped construct this new recipe in Germany and Bitburger is distributing the final product. But this time, the recipe plays to both breweries’ strengths: a hoppy pale lager.

I’m sampling Triple Hop’d Lager from a 24-pack of 11.2oz cans (blame the metric system) that I picked up at Costco as part of my quarantine survival run along with paper towels, bananas, and no toilet paper once again. On the bottom of each can is “2020.01.08,” which translates to a canning date of January 8th, 2020. That places these cans at about 10 weeks old at the time of review.

Into my glass, THL is darker than I expected – looking deep orange to light amber – and generates a glorious, buttermilk-colored head of whipped foam that sticks around for at least 5 minutes before collapsing. If you opt to dump the whole can in, which is almost unavoidable given its puny size, you may be surprised with a decent amount of sediment, which clouds up the pour. More than that, you’re rewarded with thousands of tiny floaties in the beer as well. (I found the sediment didn’t detract from my overall enjoyment vs. a fully clear pour.)

Bringing up the glass, the aroma on THL is distinctly German and smells “imported” as in not immediately as fresh smelling as most other beers I sample. There’s some candy corn and even cheese Danish in there. Give it some time and there’s zesty grapefruit rind and freshly cut grass. But once you imbibe, this lager really takes off. It’s incredibly rich for the ABV with tremendous malt density that matches the best lagers of Germany, especially those in Franconia. Pound cake and buttery frosting add layers of sweetness without going overboard. There’s strong minerality to the beer that is far different from the chalky, distracting concrete mix flavors of hazy IPAs. This is more aligned with mineral water, giving the beer a limestone, tonic foundation. An odd savory note of browned butter comes through paired with sourdough, which brings a slight lactic acidity to the back of the palate. The American hop component blends in effortlessly with juicy Valencia orange and grapefruit sections. It’s a familiar hop bite that simply builds on what makes Bitburger Premium Pils great in the first place as it pivots away from a dull, grassy bitterness to a vibrant, fruity hop presence. A drawn-out finish with sourdough-like acidity rounds out the experience.

There’s so much depth to this beer that’s missing in its American counterparts. That intensity of malt fattiness, refreshing minerality, and hints of savory browned butter paired with sourdough. I can tell you that each one of these cans has a lifespan of about 15 minutes or less after opening. It demands to be drunk in large gulps and paired with dinner or maybe even lunch thanks to home quarantine. 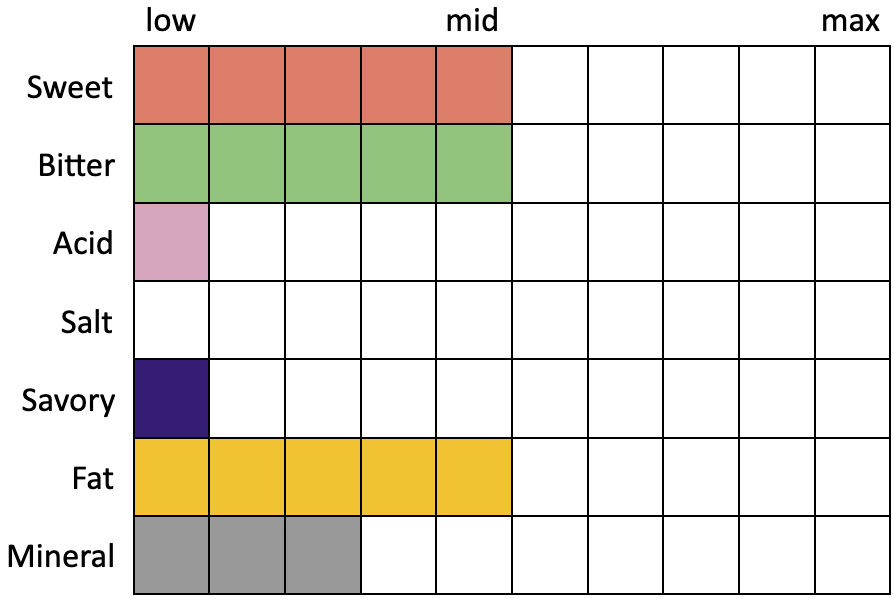 Triple Hop’d Lager is one of the most unique collaborations in recent memory with outstanding execution. This is a dream come true for pale lager lovers like myself. Finally, we get to try the reverse of what we’ve been drinking for years. Rather than another American brewery’s take on a German hoppy pale lager, we get a German brewery’s take on an American hoppy pale lager. The result is glorious with such detail to admire. I’m sure this will be one of my favorite new beers for 2020.

This is quite a unique lager with few in our present market that match in flavor. I’ll continue to recommend Russian River Velvet Glow, North Coast Scrimshaw Pilsner, pFriem Mexican Lager, Bell’s Lager of Lakes, though none of these quite capture the magic of THL.