Official description: pFriem loves Mexican Lagers, so we brewed our own! Our light and crisp reinvention is brewed with malted barley and flaked maize, and aromas of orange blossom and a faraway Mexican beach. Like the lagers that inspired us, pFriem’s Mexican Lager will leave you wanting another, and another… Malt: Gambrinus Pilsner, Flaked Maize (20%), Carafoam, Acidulated. Hops: Perle, Czech Saaz, Tettnang. 4.4% ABV, 17 IBUs. 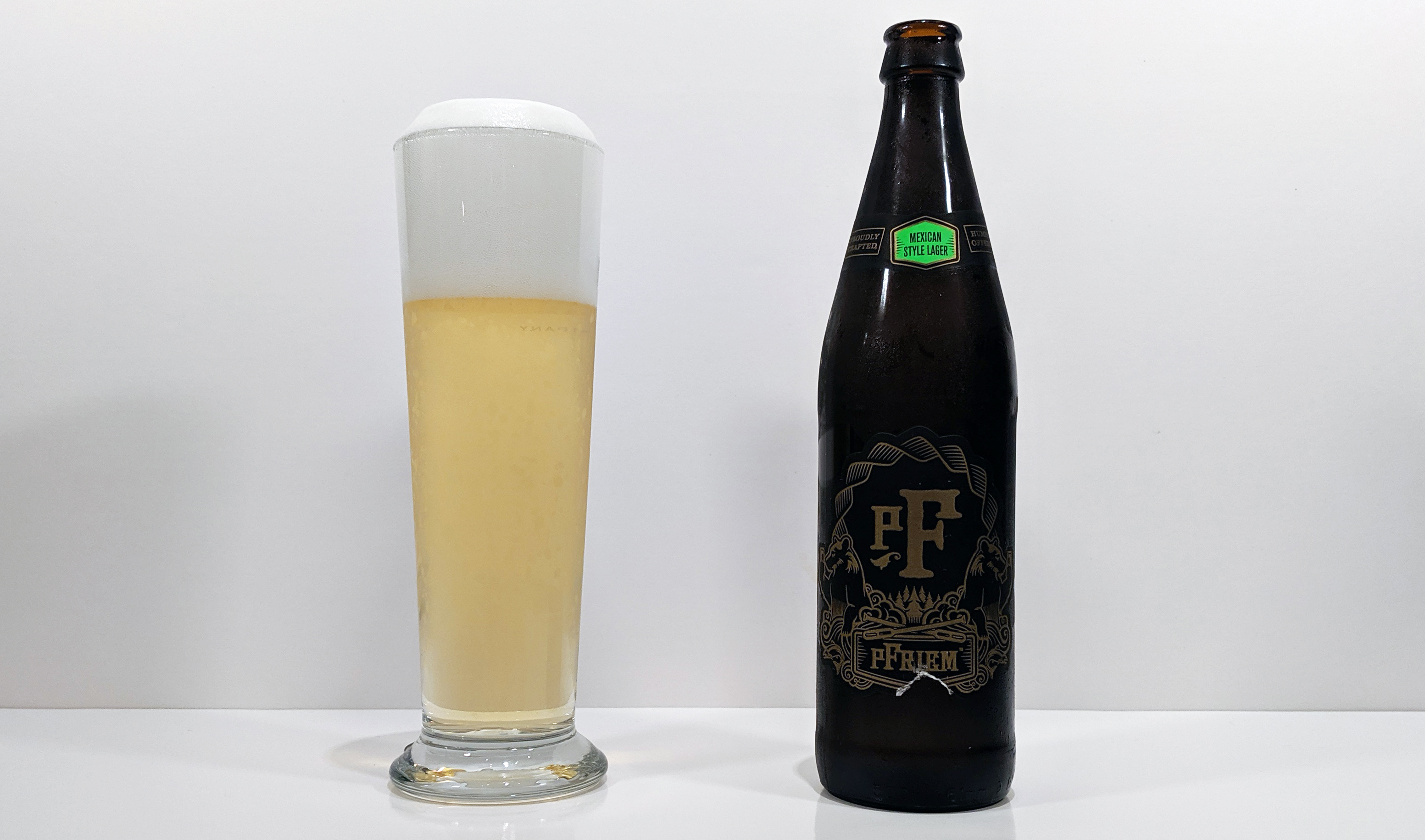 Currently, there doesn’t seem to be a consensus on what constitutes a Mexican lager on the part of U.S. brewers. This nebulous style has been appropriated to just about any pale or amber lager that American breweries deem fit. Some breweries like Epic and Belching Beaver use the term for a pale lager with lime juice added to emulate doctored bottles of Corona Extra. Others like AleSmith and Oskar Blues use it for their Vienna Lager à la Negra Modelo. Though, inclusion of flaked maize (corn) seems to be one uniting factor. Perhaps this is the key to what makes a beer suddenly “Mexican.”

I’m sampling this from a 500ml bottle with a bottling date of 6/24/19, which places it at 11 weeks old – still within the industry-standard 4-month freshness window. However, I sampled this beer about a month earlier and have combined my notes for this review.

Into my glass, pFriem’s Mexican Lager is crystal clear pale straw in color with outstanding foam that rises up over the edges of the glass with ease. Sparkling, champagne-like carbonation is a sight to behold in the elongated pilsner flute. Bringing up the glass, you get freshly cut apples, lemonade, and Wonder Bread in a rather muted nose. My fresher sample had a slightly hoppy aroma with more vibrant lemon and wet dough.

Flavors here are grain-forward with a snappy, crisp German Helles lager profile. Bitterness is background only and doesn’t play a major role. Along with fresh baguette flavors are touches of white sugar and hints of lemon-like acidity. The mouthfeel is bright and richly malty with excellent fattiness. Despite some roughness around the edges, it is still immensely refreshing. It ends up tasting extremely familiar as if it were a craft interpretation of Coors or Budweiser.

In comparing my notes from a month earlier, pFriem’s Mexican Lager had lost a lot of the nuanced noble hop aromas and gained more of an apple character in the nose. Flavor-wise, it lost a touch of its fresh silkiness and gained some macro-like grittiness that accentuates its use of corn.  I much preferred it fresh.

In my opinion, there is very little about this beer that says “Mexican” and everything that says “American.” This tastes like a throwback, blue-collar American pale lager. I have to admit, though, that the neon green neck label on the bottle primed me for some lime juice flavors, which are clearly absent. 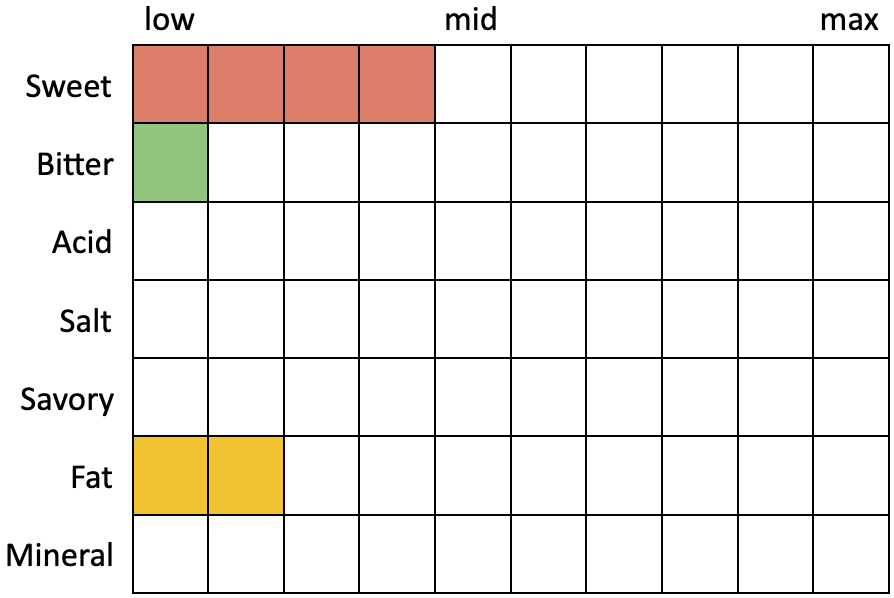 Craft pale lagers are making a comeback, and American craft brewers have maybe found the golden word like “IPA” that gets people to buy their beers: “Mexican lager.” There’s currently no consensus on what constitutes such a beer, but a growing theme is that it is either a pale or amber lager brewed with corn and meant to emulate Mexican macro lagers like Corona or Negra Modelo.

pFriem’s rendition is one of my favorite takes on the style yet. It’s a no-frills, familiar beer at heart with nuanced flavors and macro-like grittiness from the corn addition. It’s a lighter, refreshing beer that would excel as an everyday lawnmower beer, and I mean that in the kindest way possible. It misses the mark, though, with its single, large format glass bottle, which kills the style’s outdoor session beer calling. Nevertheless, this is an absolutely glorious beer that I desperately would like to have in my fridge on a regular basis.

American renditions have been all over the place in their interpretation of Mexican lager. Some like 21st Amendment’s Sully are pale lagers with corn that match up very well with the pFriem. Though not marketed as a Mexican lager, Russian River Velvet Glow matches up nicely – a throwback beer itself. Great Divide American Lager and Firestone Lager are not bad substitutes either.