Usually, when a brewery puts “Wild” in front of an established IPA brand, it’s some super dry Brett IPA concoction. Thankfully, Sierra Nevada’s Wild Little Thing has nothing to do with their runaway success Hazy Little Thing. Breweries have learned that if you have a buzzword that sells, you grab hold of it and never let go. Think about how every single beer can be twisted into some sort of IPA. Brown Ale? Brown IPA. Stout? Black IPA. Pale Lager? India Pale Lager. Sour Ale? Sour IPA. I even saw a fruit beer debut this week called a Juicy IPA. There’s no limit as long as consumers gravitate towards the magic word. Similarly, Wild Little Thing plays off of the successful brand name and graphic design of Hazy Little Thing, but the beer inside is wholly unrelated – different malt bill, different hop bill, different yeast, different ABV.

Wild Little Thing marks a major milestone for Sierra Nevada. Like Notorious P.O.G. for Stone, this is a bona fide fruit beer that’s been inducted into an IPA-heavy year-round lineup. Maybe the surge in hard kombucha and hard seltzer sales has finally given craft breweries the kick in the pants they needed to diversify their portfolio. Sierra Nevada gives us a little insight into how this “Slightly Sour” ale is made. From the website: “Here at Sierra Nevada, we make plenty of sour beers the traditional way—wooden barrels and lots of time. But for Wild Little Thing, brewed to be slightly sour, we use the accelerated “kettle souring” technique. First, we make wort (unfermented beer) without hops. Then we boil it, cool it and add lactobacillus, the same friendly bacteria you know from yogurt or sauerkraut. Lactobacillus turns sugar into lactic acid. Voila! Now we’re sour. We blend this special wort (roughly 10%) back into Wild Little Thing’s total wort to achieve its tartness.” So there you have it, the behind-the-scenes of making a drinkable, half-sour beer like the ones I advocate for endlessly.

I’m sampling Wild Little Thing from a six-pack of 12oz cans that I picked up locally for $12 plus tax. Like Stone and Firestone Walker, these six-packs are sold in a paper carton, which I think should be the industry standard since it doesn’t use any plastic and is the most sanitary option available. Especially in our COVID-19 world, having cans that haven’t been previously handled or coughed on is a big public health bonus. On the outside of the carton is a printed on packaging date of 3/17/20. The cans also have a packaging date on the bottom – kudos to SN for that.

Cracking this one open, Wild Little Thing lives up to its flamboyant pink packaging with a similarly vibrant cherry red color in my glass. Despite the use of oats and wheat, this beer is perfectly clear. Cotton candy pink foam fizzles out quickly like a hard kombucha or seltzer vs. a traditional fruit beer, settling down quickly to give the beer the appearance of kid’s fruit juice. Diggin in, the aroma matches the above with a cherry juice box note coupled with melted strawberry popsicle. Spend more time with it and blueberry and grape flavors poke through. Sadly, I don’t pick up any guava while the hibiscus, nearly impossible to detect on its own, is probably used as a coloring agent.

Flavor-wise, Wild Little Thing reminds me of Firestone Walker Rosalie Beer Rosé and Stone Notorious P.O.G. Overall acidity is very low, somewhere between 0 and 1 on a 10-point scale. But the base beer underneath is quite dense with ample yogurty fattiness from the lactic acid component. Strawberry flavors are there, sure, but I also get cherry, blueberry, and apple. Though Wild Little Thing is just barely sour (I’d lean towards zero acidity), it’s also not very sweet. Despite the kid’s juice box flavors, there’s nothing sticky about it (as I point the finger at Früli Strawberry). The finish is long with a surprisingly thick, coating mouthfeel. 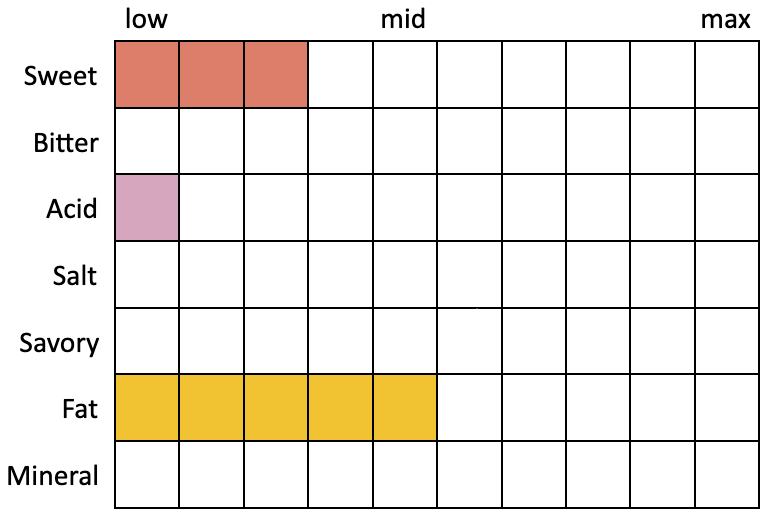 My overall impression is that Wild Little Thing is a crowd pleaser and leans closer to a hard seltzer or hard kombucha than any other established fruit beer on the market. It’s decently fruit-forward, has moderate sweetness, zero bitterness, and just enough acidity to not taste like a boring blonde ale. And that’s exactly what we need right now. Craft beer shot itself in the foot by going all-in on bitter IPAs thereby alienating a large consumer group. Wild Little Thing is a step in the right direction. But unlike many fruit beers that have come before it, Wild Little Thing isn’t some tasteless, outdated “Strawberry Blonde” ale nor is it a cloying mess like Früli Strawberry. It takes the best components of the kettle sours we love like Gose and Berliner Weisse and tones it down so everyone can get on board. With that said, I think Stone did a better job in the fruit department with Stone’s Notorious P.O.G., which takes a similar hybrid kettle sour and really knocks it out of the park with tropical fruit juice flavors.

I’ve mentioned Stone’s Notorious P.O.G. already in this review, which is more tropical fruit-focused with similarly low acidity. Firestone Walker Rosalie Beer Rosé is also similar in profile. If you want zero acidity, New Belgium Mural is quite similar with even less “beer” character leaning towards hard seltzer. If you want more sugary fruit to pop, then seek out New Glarus fruit beers such as their Strawberry Rhubarb. If you want higher acidity but still not over-the-top mouth puckering, I highly recommend Sixpoint Berry Jammer as well as all the other beers in the Jammer series. Rhinegeist also makes some phenomenal fruit beers with mid-level acidity such as Little Bubs and Slangria.