Official description: Produced in partnership with Primus Cerveceria, a leading Mexican craft brewery based in Mexico City founded by three cousins, Rodolfo, Jaime, and Rebeca. Mural is our joint homage to the classic agua fresca that also pushes the boundaries of what a beer can be. In Mexico, the agua fresca is everywhere. They’re usually found in street food markets and feature a blend of seasonal fruits. Our cerveza takes inspiration from agua frescas and features hibiscus, agave, watermelon, and lime for a fresh, vibrant sip.

Agua frescas are sweet, non-alcoholic drinks popular in Mexico as well as many parts of the U.S. including Southern California. Agua fresca flavors vary from horchata to hibiscus tea to just about any fruit juice you can imagine. From my experience, agua frescas are almost always very sweet.

New Belgium’s Mural debuted last year and joins the brewery’s year-round lineup. NB markets Mural in two different ways. On the one hand, this is meant to be inspired by agua frescas by including watermelon, hibiscus, lime, and agave [syrup]. On the other, NB touts this beer’s low-calorie nature on both the packaging and the website. Mural is 4% ABV with only 110 calories, 9g of carbs, and 0g of sugar.

But all official descriptions of Mural bizarrely lack a beer style. “Agua Fresca Cerveza” sounds exotic and intriguing, but it doesn’t help consumers like myself. Its closest competitor, Sierra Nevada’s Otra Vez Lime & Agave, makes it clear the beer is a gose underneath. For Mural, we are left scratching our heads.

I’m sampling Mural from a paper carton six-pack of 12oz cans. This beer has eluded me for quite some time as most beer stores in my area don’t carry it despite it being the perfect beer, on paper at least, for Southern California. On the bottom of each can is a date, though it isn’t specified whether the date is the packaging date or best by date. Since mine is July 7th, 2019, I know it must be the best by date. But anyone else could be purchasing this beer past its best by date and would not know it.

Into my glass, Mural is a beautiful beer with a pinkish orange hue not unlike rosé wine. Light pink foam fizzes up to the top of the glass then dissipates rapidly in under a minute. Bringing up the glass, there’s an outstanding aroma of fresh oranges, watermelon, and cucumber (watermelon rind) for a fruit punch effect.

Diving in, Mural immediately shocks me with its lack of flavors. Everything is so mild that it is tough to describe. Watermelon and lime-infused seltzer water is the first thing that comes to mind. There’s no sweetness, no bitterness, and hardly any acidity. Sure, watermelon and lime flavors are present, but not at the level I expected. “Hints” of fruit flavors would be an apt description. Without seeing the beer’s pink color and reading the label description beforehand, it’s unlikely I would ever pick out watermelon. The lime flavor does bring out just enough acidity to make itself known while hibiscus and agave are predictably impossible to pick out. Carbonation is high, which coupled with low acidity and lack of sugar makes for a refreshing experience.

And no, my chart below isn’t a mistake. Mural ranks at a 0/10 on almost all flavor levels. It isn’t even remotely sweet, bitter, salty, savory, or fatty. For all intents and purposes, Mural is a beer that has been stripped of all beer-like qualities. 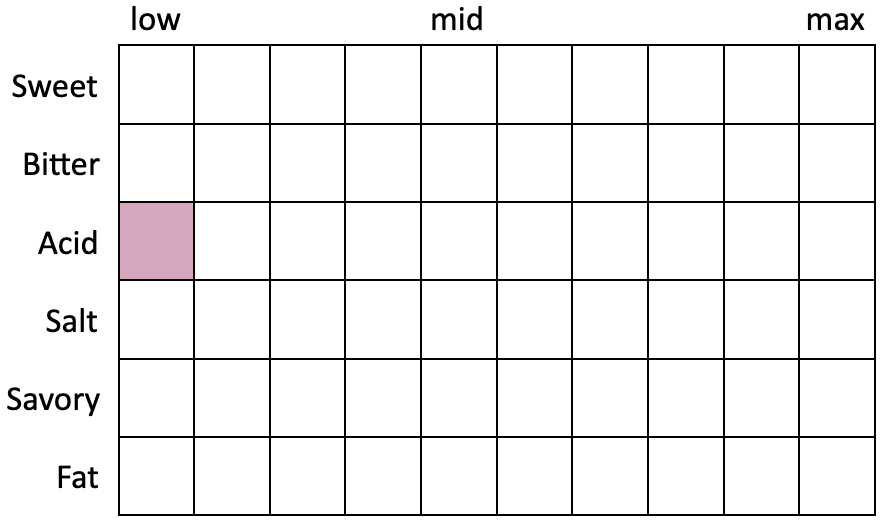 New Belgium’s Mural is one of the strangest beers in nation-wide distribution right now. It drinks closer to non-alcoholic seltzer water than any craft beer I’ve ever tried. With that said, Mural does an incredible job of being an approachable and immensely refreshing summer quencher. This is a beer that is certain to win over non-beer drinkers. It lacks almost everything that drinkers may dislike about beer in general. Grainy flavors, hoppy flavors – gone. With more and more craft breweries trying to expand their consumer base with hard seltzers, Mural slots right in.

However, I fear many enthusiasts will be disappointed by Mural since it is so ridiculously light-bodied and has little in common with any well-established beer style. A complete lack of sugar and ultra-low acidity make it nearly impossible for the watermelon and lime flavors to pop in the way we’ve come to expect from modern fruit beers. I could describe this beer as mild and approachable, but others may find it bland.

Mural is closer to Spindrift seltzer water than any other beer on the shelf right now. Sierra Nevada’s Otra Vez Agave & Lime is perhaps the closest beer on paper, but in reality has little in common with Mural as it is a true gose with prominent saltiness and acidity. 21st Amendment’s Hell or High Watermelon is perhaps the best-known watermelon beer out there today, and it matches up well with Mural in terms of low sweetness and fleeting, seltzer-like watermelon flavors.