Product description: Hell or High Watermelon Wheat is our summer seasonal beer available from April through September in six pack cans and on draft. We start by brewing a classic American wheat beer, which undergoes a traditional secondary fermentation using fresh watermelon. A straw-colored, refreshing beer with a kiss of watermelon aroma and flavor. 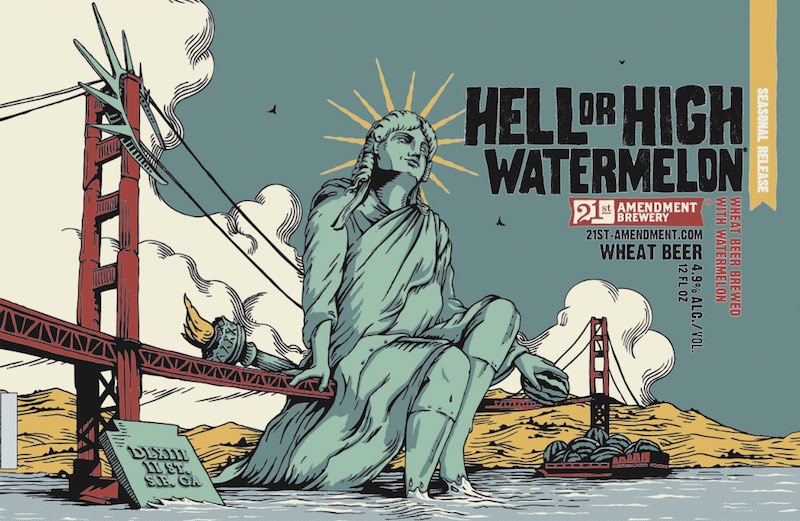 After reviewing New Belgium Juicy Watermelon, I decided to revisit Hell or High Watermelon, which is really the first beer that comes to mind for watermelon summer beer. Sampling from a 12oz can, Hell or High Watermelon is clear, pale straw colored and heavily carbonated – generating soda-like, white foam that settles down to a persistent meringue-textured layer. The aroma is doughy, volatiles of lemon soap, and candy corn. Hmmm – it may be better to just drink this from the can. In the flavor, this one begins with mild honeydew melon and green watermelon rind. In the mid-palate there is a flash of watermelon Jolly Rancher that disappears quickly. In the finale, the beer is very bland like seltzer water.

Overall, Hell or High Watermelon was too weak-bodied for me and lacked watermelon flavor. I think that New Belgium’s Juicy Watermelon had a better base beer at least.