Official description: Hop-forward beers weren’t popular when we started brewing in 1980. But we loved them, and we knew that if we were going to open a brewery, we’d better make something distinctive. It’s been 40 years since then, and we’re still brewing what we love. This beer showcases the bold flavors and aromas of a classic West Coast IPA: intense pine and citrus with a deep gold color and slight caramel sweetness. Here’s to following your passion, and to the next 40 years. Malts: Two-row Pale, Caramelized malts, Acidulated, Oats. Hops: Cluster, Cascade, Centennial. 6% ABV, 65 IBUs.

In celebration of its 40th anniversary, Sierra Nevada is releasing several new beers. The first is this 40th Hoppy Anniversary Ale, their official spring seasonal for 2020. The others in this year’s seasonal lineup remain unchanged: Summerfest, Oktoberfest for autumn, and Celebration Fresh Hop IPA for winter. (Note that the recipe changes yearly for the Oktoberfest but not for Summerfest and Celebration.)

The 40th Anniversary Ale includes the classic American “C” hop varieties Cascade and Centennial. But it also uses Cluster hops, an unusual variety that is hardly used in craft beer today. If you read up on Cluster hops, it seems these were one of the very few American-grown hop varieties available to craft brewers in the 1970s – even dominating the market at that time. Thus, when Sierra Nevada pretty much introduced the modern hoppy American beer in 1980, it makes sense that Cluster hops could have been part of their original recipes. So, the Cluster addition in particular is what makes this recipe a historical throwback.

I’m reviewing 40th Hoppy Anniversary Ale from a 12oz bottle that has Sierra Nevada’s familiar packaging date found on the top center of the back label in size 6 font. My bottle reads “11/27/19,” placing it at around 6 weeks old at the time of review. Into my glass, 40th Anniversary is mostly clear orange-gold in color with towering buttermilk foam that rises up over the rim of the glass and stays put for almost five minutes. That’s just crazy head retention. There seems to be some sort of bottle conditioning as pouring in the last of the beer adds slight turbidity.

Bringing up the glass, 40th Anniversary bursts with bright citrusy hops but also tons of perfumey, floral hops. Rose and lavender really pop alongside fresh tangerine peel. Subtle pound cake and orange rum cake bring out the malt side of things. Flavor-wise, 40th Anniversary is quite a departure from classics like SNPA and Torpedo Extra IPA. First off, this beer is far less sweet with significantly less body than the aforementioned. It has a different type of bitterness, too, focusing on floral and citrusy hops vs. piney or woodsy hops. Rather than being a big beer with resinous hop power, it comes across as somewhat delicate and easier-drinking. With less body to chew through, 40th Anniversary ends up being fully hop focused with bitter flavors of rose, lemon rind, tangerine, and perfume oils. For balance, you still get a nice dose of Sierra Nevada’s quintessential “estate grain” flavor that comes across as a bit gritty and rustic. It’s hard, though, to detect any silkiness provided by the oats; they seem fully integrated into the background. 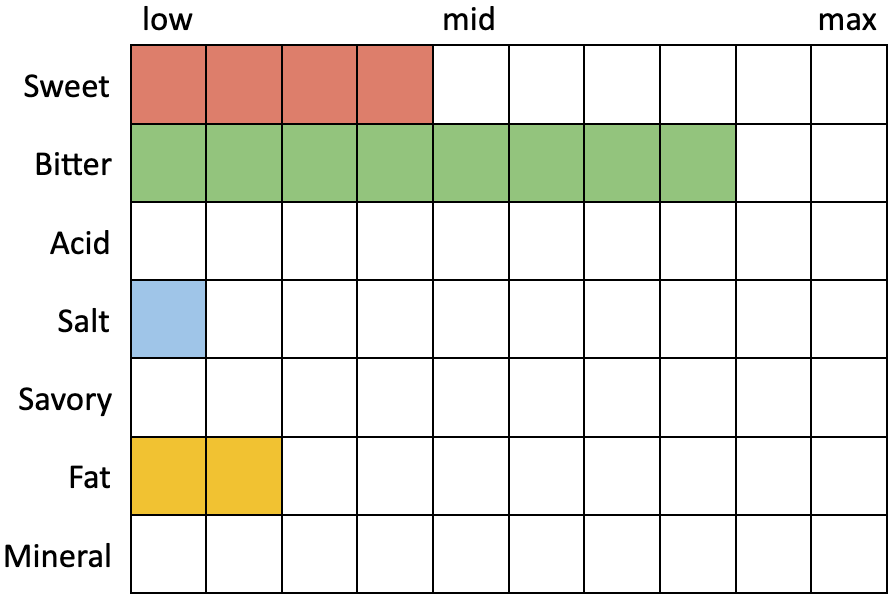 Sierra Nevada’s 40th Hoppy Anniversary is able to combine modern IPA trends such as oat additions and reduced caramel malt with the historical, out of favor Cluster hop varietal. It’s far less sweet with significantly less body than SNPA or Torpedo Extra IPA. 40th Anniversary is easier-drinking and at times sharply bitter thanks to its relative dryness. It doesn’t come across, though, as a true old-school or throwback IPA. If you really want a throwback beer, check out Sierra Nevada’s winter seasonal, Celebration Fresh Hop IPA. I’m also disappointed that Sierra Nevada didn’t make something truly remarkable for their 40th Anniversary IPA. They have several legacy beers that could have been brought back or reimagined such as their single hop Harvest IPAs, Beer Camp recipes like Floral IPA, Golden IPA, and their Estate Homegrown Ale.

I’m looking forward to the other special release beers this year. So far, I don’t see any on Sierra Nevada’s release calendar. But perhaps we’ll finally get Torpedo Pilsner again.

This is an unusual beer that has little in common with most mainstream IPAs or even Sierra Nevada’s better-known recipes. Cluster hops are hardly used in today’s beer, so 40th Anniversary brings a unique aroma and flavor profile.