Official description: [From website] It started as a napkin sketch in a pub, an idea for a device that could boost hop aroma without adding more bitterness. We built the sketch, and the “Hop Torpedo” revolutionized dry hopping and inspired Torpedo Extra IPA. It’s an aggressive yet balanced beer featuring the complex citrus, pine, and herbal character of whole-cone hops.

[From bottle] At Sierra Nevada we take hops seriously. Torpedo Extra IPA starts with the world’s finest whole-cone hops and intensifies their flavors with a little magic from our “Hop Torpedo.” The torpedo is a revolutionary method of dry hopping that brings this beer alive with a rush of complex hop aromas and flavors not found in any other beer. 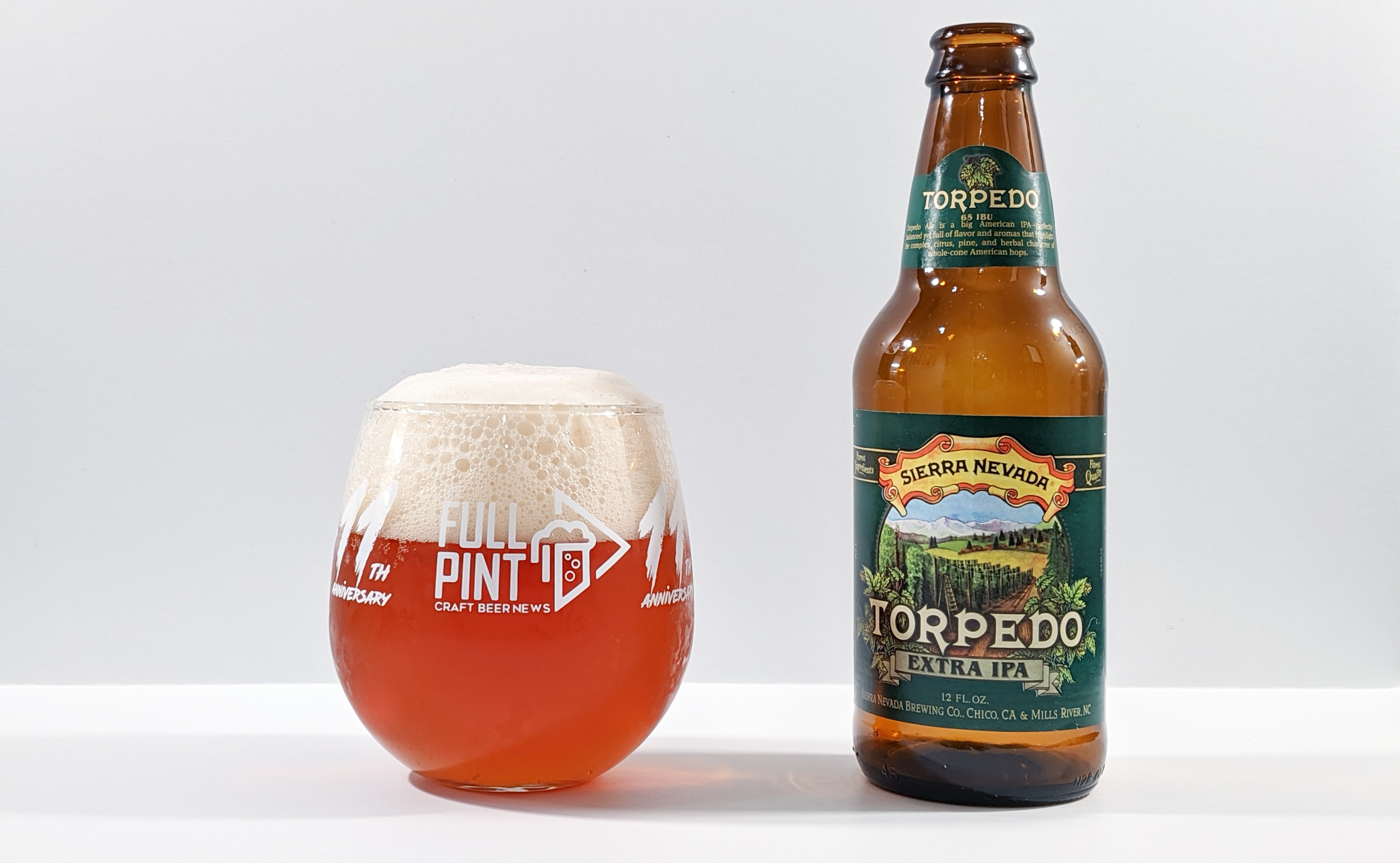 I compare so many IPAs I review to the classics like Stone IPA and Sierra Nevada Torpedo Extra. It’s been long overdue to give Torpedo Extra the full write-up it deserves.

Sierra Nevada is the gold standard for American craft beer in my opinion. They have the widest distribution, most consistently good product, and most reasonably priced beer currently available in the U.S. Their beer also seems to hold up on the shelf better than the competition. A four-month-old Sierra Nevada IPA is likely to taste much better than a similar age IPA on the shelf from my experience.

Their signature beer, Sierra Nevada Pale Ale, helped put American hoppy beer on the map. Because SNPA is such a big beer already (intensely bitter and rich mouthfeel), it pretty much ticked the box for two categories, APA and its big brother IPA. Sierra Nevada didn’t really have an American-style IPA in their core lineup for quite awhile. There was indeed a Sierra Nevada India Pale Ale bottled from at least 2001 to 2007, but it was an English-style IPA made with English malts and Magnum and Goldings hops – nothing like the IPAs we now expect. It had a similarly dark green label but with a large clipper ship and “India” spelled out in huge font. Sure, SN has been making Celebration Ale since 1981, but it wasn’t even called an IPA until 2015 when it was renamed Celebration Fresh Hop IPA. And that beer was and is still a winter seasonal only.

As the IPA craze gained momentum, Sierra Nevada finally came out with Torpedo Extra in 2009 to replace the Engish-style version, which hadn’t even been on store shelves for years. Just think about that. Stone IPA, another classic beer in the American-style IPA category, was available in 1997 and has remained relatively unchanged today. Hop Hunter, another well-known IPA from Sierra Nevada, wasn’t released until 2014.

With regards to the “Torpedo” name, it comes from a device Sierra Nevada invented that other breweries have since emulated. Here is a brief explanation from Sierra Nevada’s website: “Dry hopping is a way to give beer more flavor and aroma, not more bitterness. A traditional method is filling nylon sacks with hops and suspending them in fermentation tanks. But sometimes we’d remove those sacks—even weeks later—and they’d be dry in the middle! With the Hop Torpedo, we maximize every hop. Beer circulates out of the fermenter, flows through the column of hops, and back into the tank. By adjusting the time, temperature and speed of circulation, we can control the aromas and flavors in a finished beer.”

Sierra Nevada makes several beers with the torpedo device. One that is easily found today on store shelves is Tropical Torpedo, which I thought was absolutely fantastic. Consider it the more modern version of Torpedo Extra. Another is (or was) Torpedo Pilsner, which was a collaboration with Firestone Walker. That pilsner was one of the best beers I’ve ever had. Please bring it back!

I’m sampling Torpedo Extra from a 6-pack of 12oz bottles ($9 with tax) with a packaging date of 4/13/19, which you can find printed in size 6 white font on the very top center of the rear label. (12oz and 16oz cans are also available.) Into my glass, Torpedo Extra has that old-school IPA look with a crystal clear, copper color and voluminous, khaki-colored foam. The foam itself has an incredibly glossy sheen to it and sticks around for a ridiculously long 4+ minutes. Aggressive pouring will almost certainly result in foam spilling over the rim.

The aroma is floral and herbal with a mix of thyme, lemon pepper, dried orange peel, and potpourri. After a few gulps, it’s obvious why this beer continues to thrive in the ever-changing world of American IPAs. Aggressive resinous hops hit hard at first with pine sap coupled with juicy, ruby red grapefruit. A whole grain character plus silky caramel from the base beer provide a rich, chewy vehicle to enjoy those gratuitous hop oils. In fact, Torpedo Extra comes across as juicier and more quenching than almost all the “Juicy” IPAs gaining market share, which are usually chalky, unfinished messes.

The mouthfeel, like in other Sierra Nevada beers, is where this beer goes from excellent to world-class. There’s an incredible character from the grist in this beer that I find translates to almost every other SN beer. I don’t know how to describe it other than “terroir” or what I’ve said in the past is a “house grain” flavor. It’s chewy, almost raw and husky at times, but ever so silky. The beer glides across the palate. Coupled with hop oils, it comes across as fatty and ever so slightly savory. 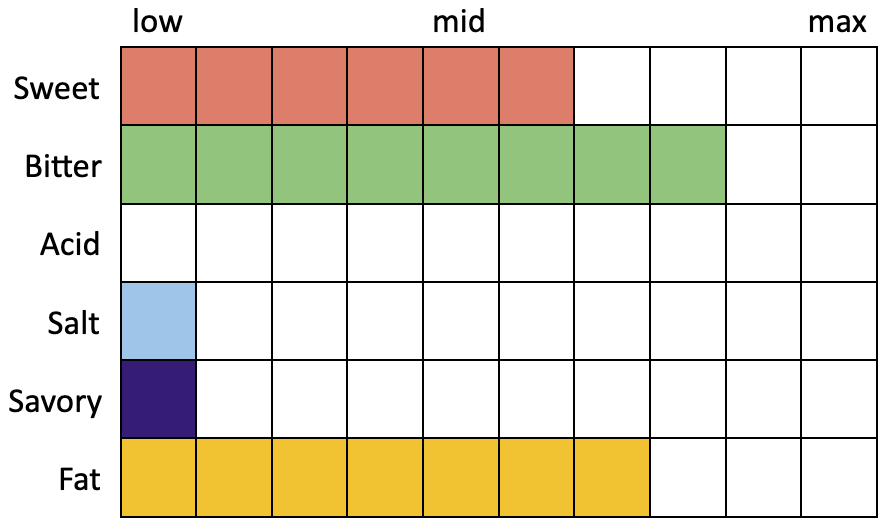 I’ll continue to laugh at most “Juicy IPAs” because Torpedo Extra stomps on them with an actually juicy, fresh grapefruit character that is quenching, robust, and offered up in this silky smooth vehicle. The classic combination of intense, resinous hops with a rich, caramel malt base is alive and well. This is one of the best IPAs you can buy and is arguably the best given its price, consistency, and availability.