Official description: The start of Celebration season is a festive event. Once the first fresh hops arrive from harvest, the party begins! We first brewed Celebration in 1981, blazing the path for American-style IPAs and offering a new take on holiday beers, which are often spiced and sweet. Famous for its citrus and pine aromas, Celebration is bold and intense, featuring Cascade, Centennial and Chinook hops—honoring everything we have at Sierra Nevada. Malts: Two-row Pale, Caramelized malts. Hops: Cascade, Centennial, Chinook. 6.8% ABV, 65 IBUs.

Sierra Nevada Celebration is probably my most anticipated winter seasonal beer. Right when it hit store shelves this week in my region, I snatched up a 6-pack. Sierra Nevada is an oddity, though, in that practically every other American brewery has an IPA in their core, year-round lineup. Sierra Nevada didn’t have one technically until Torpedo Extra debuted in 2009. Before that, Sierra Nevada relied on its flagship beer, Sierra Nevada Pale Ale, to fill that role. You’d have to wait until the holidays to get their beast of a hop bomb, Celebration Ale. Brewed since 1981, it wasn’t even officially called an IPA until 2015 when it was renamed Celebration Fresh Hop IPA.

(Note: Despite having the year on the label, Sierra Nevada Celebration doesn’t change recipes each year like its fall seasonal Oktoberfest.)

I’m sampling this year’s Celebration from a 6-pack of 12oz bottles that I picked up for $10 plus tax. Though the 6-pack holder itself is devoid of a packaging date, each bottle has one in microscopic font on the top center of the rear label. Mine reads “10/08/19,” making this batch about 3 weeks old – ultra-fresh by SN standards.

Into my glass, SN Celebration is crystal clear, deep copper in color with a towering head of yellowish, nano-bubbled foam that rises up with ease over the edge of the glass without spilling over. It gives you an ice cream float effect with outrageously long head retention in the 6+ minute range. You can’t ask for a prettier beer.

The aroma starts off with perfumey orange peel, ruby red grapefruit sections, and cinnamon raisin bread. And thanks to the power of suggestion with the snow-covered cabin on the label, I’m primed to pick up other holiday aromas like gingerbread and star anise even though this lacks spice additions. As it reaches room temperature, the aroma pivots to maraschino cherries and triple sec.

Diving in, Celebration is ultra bitter from the get-go. Pine needles and resinous tree sap burst forth unencumbered. With only moderate sweetness for balance, it delivers a wallop of heavy alpha acid “C” hops. Beautiful ruby red grapefruit juice ends up taking over in the mid-palate with just a touch of maple-like sweetness. Base maltiness is still robust, though, in typical SN fashion. I don’t know how to describe it other than “terroir” or what I’ve said in the past is a “house grain” flavor. Rustic, cracked bran flavors come across as almost raw and husky at times. Coupled with coating hop oils, the mouthfeel is somewhat fatty and ever so slightly savory. In the finish, there’s a lingering tea-like bitterness with faux acidity that builds in the back. 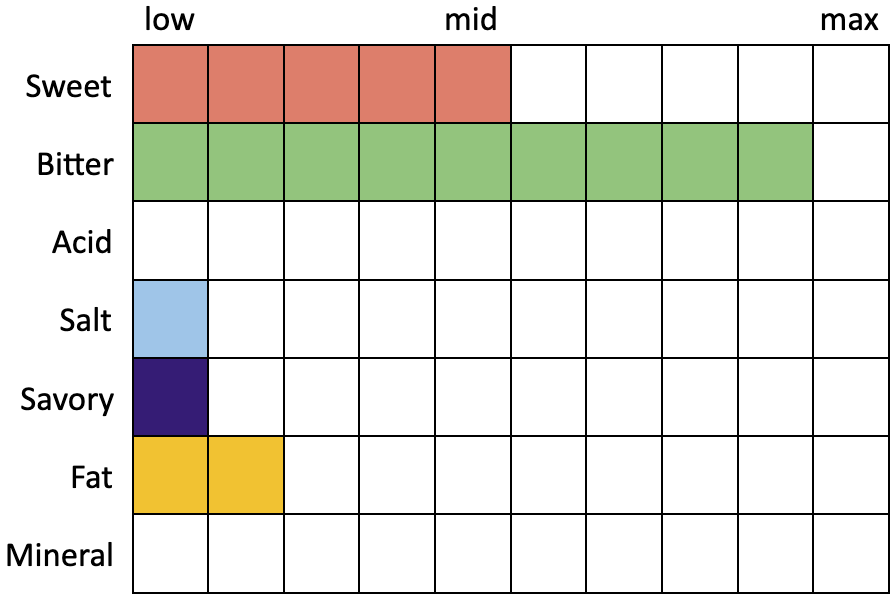 Celebration is a perfect example of an old-school, piney hop-driven IPA. It hits about as hard as most IPA lovers can tolerate, nearly maxing out perceived bitterness. But it rewards you with juicy red grapefruit and distinctive house grain flavors. It stands out from other holiday seasonals with its massive bitterness, mild sugar, and lack of spice additions.

Updating the description in 2015 to read “Fresh Hop IPA” was probably a good marketing move to better describe the beer to potential consumers. Previously it was just called Celebration Ale, leaving it up to you to guess what was inside. A winter ale? The problem is that Celebration doesn’t match up well with other fresh hop IPAs on the market. From my experience, today’s fresh/wet hop IPAs are mostly delicate, blonde beers that allow you to enjoy the nuances of the hops themselves. In contrast, Sierra Nevada Celebration is much closer to a Red IPA, a style that has mostly fallen out of favor. It’s an anachronism taking you back to what American hoppy beer was like in 1981. That has its own pros and cons. Yes, the recipe is outdated and has hardly anything in common with today’s IPAs. On the flip side, it delivers a unique flavor profile that has become all but extinct in today’s craft beer landscape.

For me personally, I still look forward to this beer each year. Its intensely piney profile and dark color wouldn’t fare well as a year-round IPA. But as a winter seasonal, Celebration is a welcome sight.

Having mostly fallen out of style, there aren’t many red IPAs out there currently. Surly Furious is a good match as are Founders Red’s Rye IPA and Cigar City Tocobaga. Anchor Liberty Ale may a good match too, considered to be the first American IPA by some having debuted in 1975.