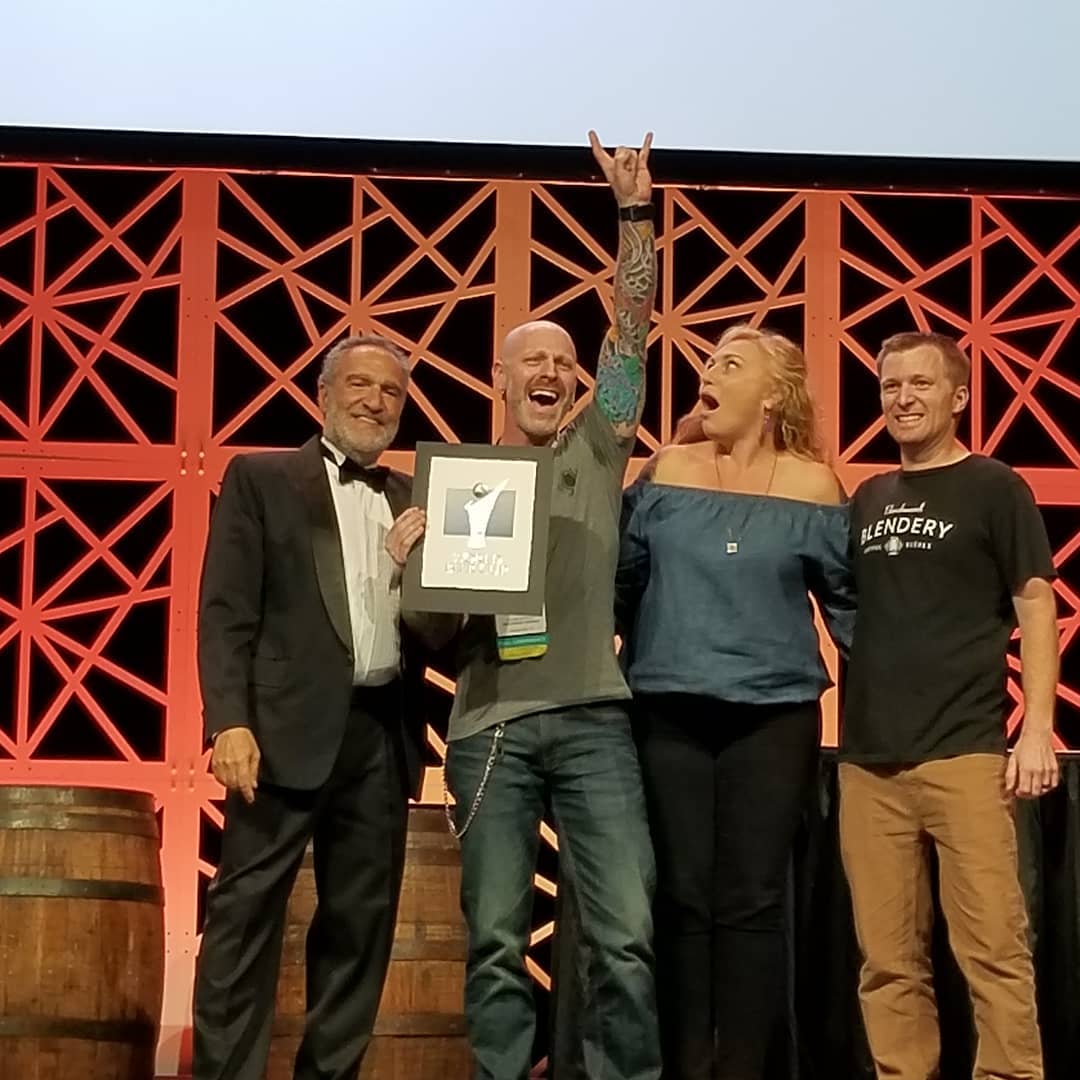 Fresh off some big wins at the 2018 World Beer Cup, join the rock star brewers of Beachwood Brewing at Story Tavern in Burbank, CA on August 3rd at 6PM. Head Brewer Julian Shargo, Master Blender Ryan Fields and Owner Gabe Gordon will be on hand for a night of exceptional beers including a specially made blend created exclusively for The Story Tavern.

A meticulous blend of three different barrels, all with three very different characteristics.  The first was a one year old, lambic-inspired base beer, perfectly balanced with a ton of funk.  The second was an old barrel of Belgian brown that had picked up some nice acidity over time and still had some excellent chocolate and wood notes.  The third was a blond barrel with cherries, that was bursting with fruity aromas and balanced complexity.  They come together to create something greater that the sum of the parts, funky, complex, and extremely interesting.

How much: Pay as you go with flights, half pours and full pours.

We are Burbank’s neighborhood Pub/Bar, family owned and operated since 2012. At Story Tavern you will find the best selection of craft beer, whiskey’s and cocktails, as well as down to earth, American food. We are the exact opposite of a corporate/chain restaurant – great service with personality (no automatons here!).

Story Tavern is a pillar of the community, supporting the Burbank Historical Society and the Burbank Animal Shelter, as well as the Burbank Police and Fire Departments through our “Wall of Heroes”. Almost all of our food is gluten free, and we stand by that, as one of the owners has Celiac Disease and eats at Story Tavern every day!

Come to Story Tavern and find out why so many in Burbank have made this their second home!