Hello loyal followers of TheFullPint.com.  We are happy to announce details on The Full Pint 10th Anniversary Celebration that will be held on August 5th, 2017 at Toronado San Diego (where we held our 7th Anniversary).  Time flew by quickly getting to year ten, and we wouldn’t have made it this far without you. 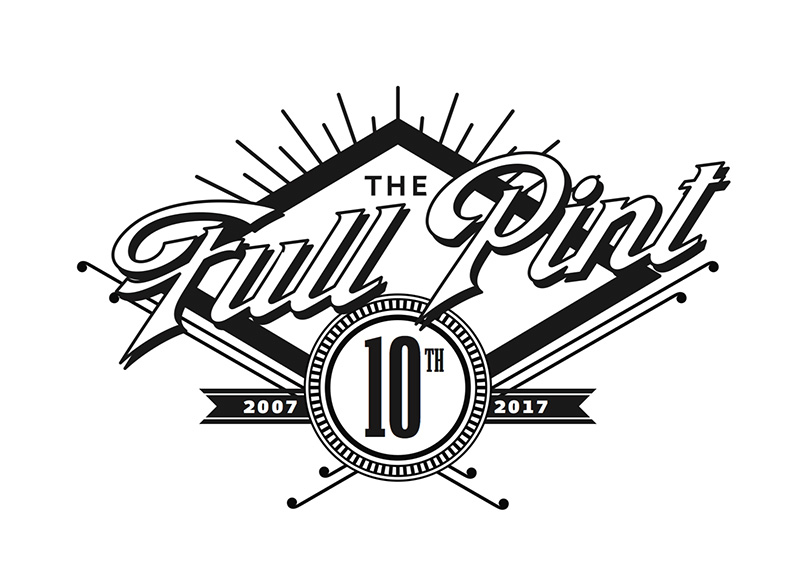 Like the last 5 years, we will be holding a very intimate celebration in which we will be pouring beers we think you will find to be interesting and delicious. We have reached out to a handful of breweries we’ve been working with over the years, and some exciting out of town brewers that have begun a special relationship with us by virtue of joining in on the festivities.  Please read on for details, link to tickets and frequently asked questions pertaining to the special day.  Also of note, there will be a few breweries releasing commemorative bottled or canned beers for The Full Pint 10th Anniversary, so stay tuned for those details as they become available.

What: The Full Pint 10th Anniversary Celebration – An intimate beer festival featuring custom made, rare and out of market beers.

VIP Session Details:  The VIP Session will be from 4PM to 9PM. VIP attendees will receive 10 taster tickets, access to a hearty food spread, and will receive a commemorative glassware.  Pour sizes will vary depending on how rare/scarce the beer is, but will typically be no less than 6 oz. We will be selling just enough VIP tickets so guests will be able to sit down and enjoy these fantastic beers. Read on at the bottom for Frequently Asked Questions.  VIP Tickets will be sold via Brown Paper Tickets online and will be $85.00 plus processing fee.

General Admission Details: No tickets are required, however you will be required to pay a $10 cover charge at the door which will give you a piece of commemorative glass (while supplies last) and access to all the rare beer being poured. You will pay as you go for beer and food.

(Please note, we have every intention to pour all listed breweries on the day of the event. Should a brewery have to duck out at the last minute, the list will reflect this, and you can request a refund, we know the event is still going to exceed expectations. In previous years, we have been 98% accurate, there is always one minor hiccup.)

*Are you a brewery not listed on here, and you feel a little hurt by this? It aint like that. Email your friendly TFP representative today so we can work something out.

Q: What if I run out of taster tickets during the VIP Session?
A: You can purchase additional pours from the service staff.

Q: Will there be commemorative apparel for sale?
A: There certainly will be.

Q: Where should we stay?
A: There are plenty of hotels near North Park, the closest one being The Lafayette 2223 El Cajon Blvd, San Diego, CA 92104.

Q: I know Danny, I know Nate, I’m Jonny Fullpint’s biological daddy, can I have a comped VIP ticket?
A: No.

Q: I work in the industry and expect to be comped for this.
A: Don’t expect this, we have a limited capacity and want to reward our paying guests with the best time possible. We still encourage you to join us, we’d love to have you.