I write this on the heels of the news broken by Brewbound and Worst Beer Blog, that Stone Brewing’s CEO Dominick Engles has parted ways with the company. It’s been a strange few years during the Engels era as Stone has grown from a rebellious, counter-culture brewery in San Diego to an internationally distributed alcohol beverage company. They are hanging in the Top 10 Craft Breweries by production list among heavy hitting conglomerates, many of which are being propped up by private equity or heavy bank loans. 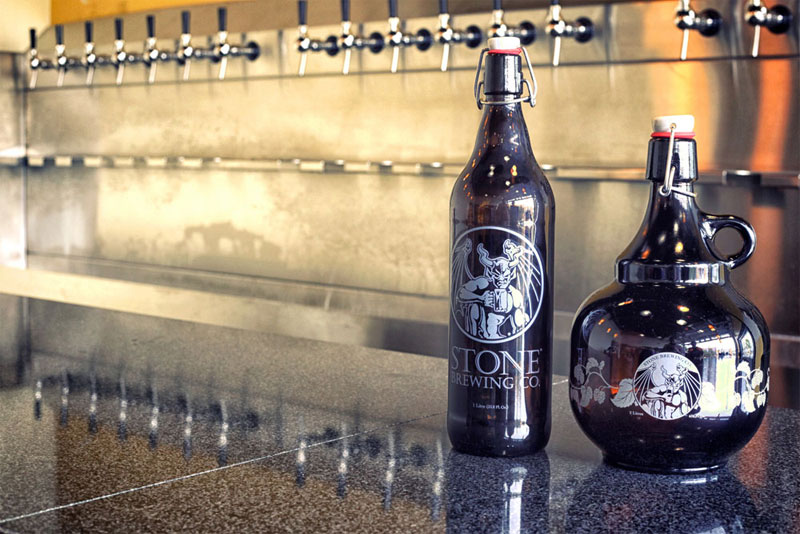 One topic that I’ve touched on plenty here on The Full Pint is the importance of a craft brewery having an intimate connection with the people buying the beer in order to stay loved and relevant. What seems like many moons ago, but prior to Mr. Engels tenure, Stone Brewing had fun beer, but more importantly, they had a stacked cast of characters. They had the lovable sensible dad played by Steve Wagner, the approachable, universally admired brother in Brewmaster Mitch Steele, and the eccentric yet charming madman in Greg Koch. Anyone jumping into craft beer in this era would be able to gravitate to which ever character they identified with those most. As the distribution and expansion plans got greater, and as Greg Koch bowed out of the CEO role to “let the grownups make the business decisions”, the calculated but seemingly organic connection that Stone made with the consumers became broken.

Stone has increased their consumer base but has also increased their debt considerably. For many reasons I’m not going to get into, Stone expanding to Germany and China didn’t work out for them. The craft beer market changed drastically in the middle of their, and many other regional craft breweries expansion. Stone, like other big players such as Dogfish Head and members of CANarchy, have partnered with Private Equity. According to the SEC form filed by VMG Partners, the co-investment into Stone is to the tune of $89,500,000. I am well passed the notion that there is any private equity partnership that doesn’t end with a sell off. “But we are craft beer” is not a real reason why a private equity funded brand would not be sold. Dogfish was sold four years after the private equity partnership. Stone is on year four (almost to the date) with VMG’s investment and there has been no sale announced. This could be a clue as to why Dominic Engels has parted ways. While I’m not the author of the story of Stone Brewing, I can’t help but notice the correlation between Stone’s current place in beer culture and all the negative or “not fun” news stories Stone has been a part of in the last four years. We’ve seen a brash legal battle between MillerCoors over trademark, the closure of the Berlin location, a horrible slant on Stone laying off hospitality and production workers during the COVID-19 pandemic, and as of recent, a public trademark spat with an unknown brewery in Kentucky.

I’m not here to judge who was right or wrong in any of these very public matters, if anything Stone might be conducting solid sound business that unfortunately has bad optics in the eyes of the very few people left who think craft beer should be held to some special standard that other for profit businesses are not. The problem is, they are making the news for everything except what they should be making the news for, which is the beer they make.

Stone sits upon strong IP in the form of their beer and branding. Stone IPA should be mentioned in the same sentence as Bell’s Two Hearted Ale, Russian River Blind Pig, Cigar City Jai Alai, Pizza Port Swammi’s and even the dated Dogfish Head 60 Minute IPA. Instead it’s an afterthought. Right now, when beer enthusiasts think of the best easily obtainable IPA, Stone is not what comes to mind. When beer enthusiasts think of Stone, they usually have the latest news soundbite come to mind, not the beer.

I can pretend all I want to not care about Stone and my buying habits would lead one to believe I don’t as I don’t drink their beer at all, but in fact, I do care about Stone. On the eve of Stone’s 24th Anniversary, I have simple, but maybe lofty wishes for this company moving forward, no matter who the next CEO is, or who they sell to. I wish that Stone would go back to their playbook of talking about the beer. That they introduce some new characters for us to fall in love with. Give us another larger-than-life Brewmaster like Mitch Steele, that we can pretend is brewing every ounce of every bottle and can of beer. I wish that Stone presented and revered itself more like Sierra Nevada Brewing. Sierra Nevada isn’t a cool hype brewery. They don’t really market, they don’t pound their chest, they don’t make the news for trademark disputes unless they are the victim (think Lagunitas in 2015.) For all we know, Sierra Nevada has a cutthroat sales team that aggressively places Sierra Nevada Pale Ale into chain restaurants and drug stores, but by God, we never hear about it. Not a peep. You’ll never hear about a publicity stunt or long-winded blog post from Ken Grossman. That’s what Stone needs to strive for, being untouchable makers of world class beer. Right now, they appear to be infamous and the last thing their fans or themselves are talking about is the beer they make. The story of Stone Brewing is not over, and it is my wish that their third act in this story ends happy.