Every Brewery Needs A Compelling Character 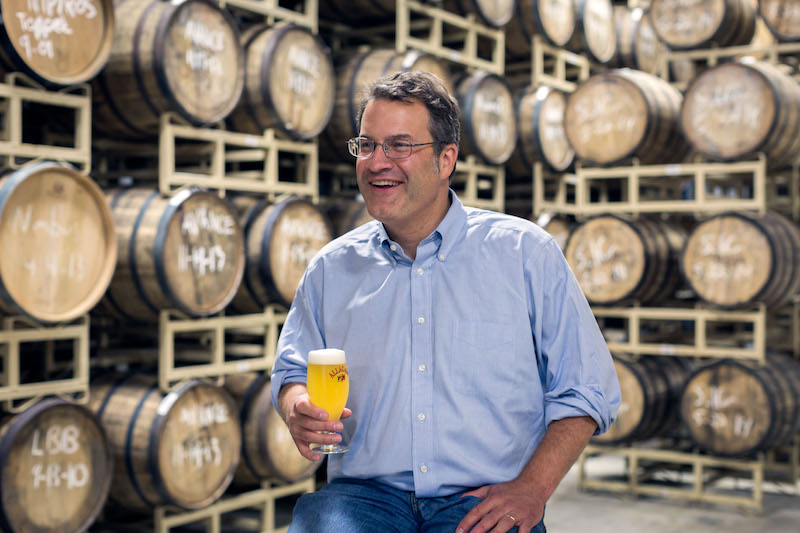 Garrett Oliver, Shaun Hill, Sam Calagione, Jonathan Wakefield. When you hear their names, you immediately think of the brewery they are tied to, and likewise, when you hear the name of the brewery, you immediately think of these notable figures. Outside of the beer world, some of the most successful companies have legendary characters behind their brand. Think of Bill Gates, Elon Musk and Sam Walton, you immediately tie the famous company they founded. Can you name the founder of Target, Tree House Brewing or Under Armour without Googling it? Probably not. While all three of those brands are widely successful, they aren’t spoken about in the same sentence as the companies with the larger-than-life figureheads.

Back to beer specifically, since the beginning days of Coors and Busch Beer, having a founder, Master Brewer or owner as an integral part of the story, branding and marketing has been proven to be an invaluable tool. We recently sat down with Maui Brewing co-founder Garrett Marrero on The Full Pint Podcast and discussed that his most important role with the company was getting out there and meeting the people: new and existing customers. It doesn’t hurt that he’s a good-looking, nice guy, but more importantly, he is leaving a lasting impression on people. While some of the gimmicks that were so hot in 2014 like ‘Tap Takeovers’ and ‘Steal the Glass’ are very long in the tooth, whether you are a startup with empty pockets or the hypebeast brewery du jour, you need to send your most important person out on the streets to tell your brewery’s story. That story should be one that never ends.

The landscape has changed quite a bit in the last five to 10 years. With over 7,000 breweries, drinkers are gravitating towards smaller, local breweries. These small breweries are benefitting from location and aren’t having to go through the pains of managing a sales force, flooding the calendar with tons of events as the current trend shows people are lining up and paying a premium for 4-packs of beer. I hate being a Debbie Downer, but there is a life cycle for the new, in-demand brewery, sometimes referred to as the hype brewery. All is well until a new, hipper brewery pops up and gains fast traction. I am not going to name names, but you can imagine some of the most sought after beer in the country just a few years ago, and whether you have been following along or not, I can tell you, cutting edge beer aficionados have moved on to the next cool brewery. There is no brewery, no matter how cool they are, that is safe from being ‘yesterday’s news.’ While some of today’s “cool kid” breweries have that lead character in the forefront, relative to the total number of breweries, I’m just not seeing as many leading men and women popping up.

My advice for new breweries, even if you are sitting pretty on a pile of cash from four-packs of haze, or you are scrambling like a chicken with your head cut off from the realities of running a small beverage manufacturing business, get out there and press some flesh. Become the next Garrett Oliver, become the next Greg Koch, become the next Rob Tod. This is an investment in your company that money cannot buy. In the early stages of the brewery, there will be two types of customers: One set that will move on to the next cool brewery as soon as one’s available to cling on to, and the other who will be loyal for life. In addition to quality beer, having a personal connection with a larger-than-life owner or rockstar brewer will increase that customer base exponentially.

If you are what’s referred to as a heritage brewery, one that’s north of 20 years in the business, I say congrats, but there’s no need to coast. As we see things getting tougher for the well-established brewery at the retail level, now would be the perfect time to send your most notable characters out on the road and even start creating new ones. I’ve seen some of these breweries continue on with what made them famous, and I’m seeing some that have “forgotten where they came from.”