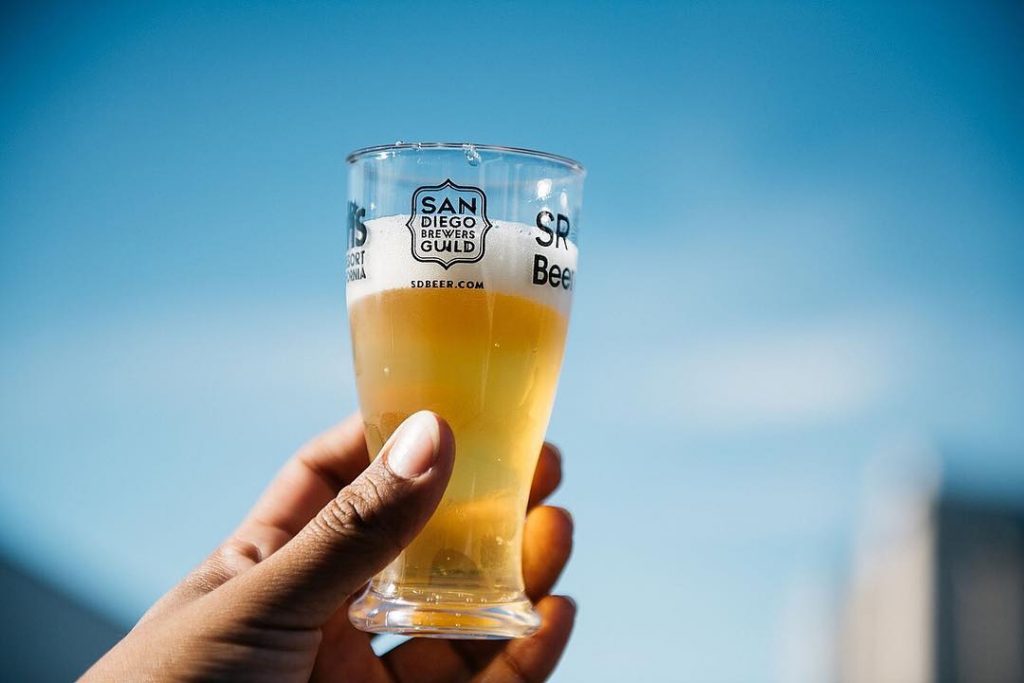 One of the biggest regions in our country to contribute to the craft beer boom of the 2010s was San Diego, California. We saw the meteoric rise of Ballast Point Brewing, Green Flash Brewing and Stone Brewing go from local favorites to national powerhouses. To a lesser extent, we saw companies like Port Brewing/Lost Abbey, Coronado Brewing and AleSmith Brewing go from local favorites to companies with aspirations of national expansion.

With a big shift in the market, due to an abundance of more, smaller breweries popping up coupled with disloyal buying habits, these larger breweries were left with waning demand shortly after they increased resources and subsequent supply. This has left these large, ambitious regional craft breweries with lots of tanks and lots of square footage, but also lots of debt.

Many spectators and pundits keep calling for a craft brewing bubble burst not only nationally but in San Diego particular. It seems the theory is the very small and the very large breweries would somehow be the casualties of this bubble, but there is an interesting finding that has kept both the large and the small sustainable in San Diego. Simply put, there are mutually beneficial contract brewing relationships going on right now that are letting San Diego weather the storm. Here’s a look at some of the more high-profile relationships happening, although we are sure there are others we aren’t privy to, as there is still a strong stigma surrounding contract brewing. We’d like to save an article for another day in which we look at why the craft beer sector isn’t obligated to disclose who and where their beer is made.

In 2014, AleSmith Brewing was located in a small industrial parkway in the Miramar neighborhood of San Diego. That year, they announced a 10 M expansion project that would have them move a few miles down the road into a large, state of the art brewing facility. Part of the expansion and moved involved Mikkeller to launch their first brick and mortar brewery in the old AleSmith location.

When we first visited the new AleSmith Brewing location, we were shocked at how big, but how quiet and sterile it was. The expansion plans detailed a capacity of 150,000 barrels per year, and at that point, they were hovering around 30,000 barrels. It made sense the brewery still felt new and a bit sterile as they had a lot of room to fill. With $10 million dollars or more to pay back, and larger, regional brands not faring well in outside markets, it made sense that AleSmith would turn to contract brewing. We received a list of breweries that have been clients of AleSmith over the past few years including some current ones. These include Stone Brewing’s Arrogant Bastard (previously), Cerveza XTECA, Eppig Brewing (previously), Fall Brewing, Mikkeller San Diego, Modern Times Beer (previously) and Resident Brewing (previously.) We were curious as to why a brewery would look to expand as aggressively as they did, only to fall back on contract brewing as a means to fill tanks, and this is what Ryan Crisp, Director of Brewing Operations had this to say: “When we were selecting a site on which to build a brewery, it was important to us to find a space that would accommodate our long-term needs. We knew we wouldn’t need all the space right away, but it left us the option to gradually expand into it over time. Since we started brewing at our new location, we’ve expanded our fermentation cellar multiple times, but we still have room to expand should we need it. As a 25-year-old brewery, we’ve learned to look far down the road when planning ahead.”

You may be scratching your head when you read Modern Times and Arrogant Bastard. Modern Times needed to keep up with demand on core beers while they built out their brewhouse and likewise, Stone Brewing contracted with AleSmith for a brief moment while they installed a new canning line.

Much like other breweries with a “sky’s the limit” mindset in San Diego, Coronado Brewing announced a multi-million dollar expansion project in the fall of 2015. These plans included a canning line and a push for national presence. After cleaning up at the World Beer Cup, it seemed like all was well at Coronado Brewing. They purchased local favorite Monkey Paw Brewing in the summer of 2017 and spun up a new brand called SouthNorte, in efforts to tap into the younger market with a Mexican-themed beer brand. By 2018, Coronado dissolved Monkey Paw. When we spoke to CEO Brandon Richards, he indicated things were looking up for the SouthNorte brand, but we have heard conflicting reports from those close to the situation. We reached out to newly appointed CEO James Murray as we learned that Coronado is brewing for Resident Brewing, an up-and-coming San Diego brewery that doesn’t have the brewing capacity to serve all their draft and offsite accounts, and continues to brew SouthNorte as a minority investor in that company. We wanted to know what led to these decisions. “We have efficiencies, packaging capabilities and economies of scale that allow us to be in a position to take on additional brewing for others. Our contract partners reached out and we were happy to extend a helping hand. All of our contract brewing has been very organic.”

Green Flash Brewing is the most high-profile story of a San Diego brewery swinging for the fences. To make a long story short, they moved from a small location in Vista, CA in 2011 brewing 14,000 barrels, to a big factory in the Mira Mesa neighborhood with plans to brew 100,000 barrels a year. They purchased Alpine Beer Co, opened a second retail space called Cellar 3, opened a destination facility in Virginia Beach, and opened a small brewpub in Lincoln, Nebraska. With some bad business decisions and market changes, this all came crashing down by late 2017 to the point where all that is left is the big brewery in Mira Mesa.

Many pundits predicted a sale or an outright closure of Green Flash after all these traumatic events. So far, those who thought that have been mistaken. In addition to leaning into the Alpine Beer Co. brand, Green Flash has also turned to alternating proprietorship as a way to keep business moving. Back in 2011, a brewery named Latitude 33 took over the original Green Flash brewery in Vista. Fast forward today, Latitude 33 has sold the Vista brewery to Local Roots Kombucha, and the brand is now brewed at Green Flash. Latitude 33 still has a tasting room in Vista and a symbolic small batch system, but the cans you see at the store are in fact brewed at Green Flash. Additionally, Green Flash has a partnership with Two Roots Brewing, which specializes in Non-Beer adult beverages, some including cannabis.

Mission Brewing has been around for nearly 13 years, which is pretty impressive. You may be familiar with their “oil can/Fosters” style cans of IPA and Pale Ale, found at many convenience stores around California. About three years ago, Mission Brewery launched a WeFunder campaign in which they outlined that they were currently an unsustainable business, but that with the right pair of eyes and enough money, they could break even and possibly be a profitable business. Much like the feeling towards Green Flash, many thought this marked the end of Mission Brewery as their messaging made it seem like only a fool would invest in this company. Here we are in 2020, and we haven’t heard peep as to a sale of Mission Brewery, although every now and again, we’ll come across a broker listing that fits the bill of Mission. How are they still going? Contract brewing, apparently. Our well-placed sources have informed us that while they keep their client list very close to their vest, they brew a lot of white label offerings for restaurants and Trader Joe’s, who like to offer house brands. If you pick up an odd brand of beer from Trader Joe’s that says “Brewed in San Diego”, is likely it was brewed at Mission.

We’ve learned that the young Bitter Brothers Brewing brews Ensenada Brewing and some of Harland Brewing’s beers, although that has most likely shifted,and  that Latch Key Brewing is making some Acoustic Ales, and weirdly enough, Rouleur Brewing is housing experimental beers from Lost Abbey as a mutual relationship to offset cost for Rouleur. There are plenty of other scrappy relationships we probably aren’t aware of.

What does this mean?

Newer San Diego brewers have learned from their older, wiser counterparts, and are not quickly running to the bank to take out a loan for more capacity, but rather finding some existing, empty tanks to fill. This is pretty smart. The older, established breweries are also being smart and savvy by not crumbling to current market forces, and being creative with their surplus of capacity. As mentioned, we are still very curious why this info isn’t disclosed as public info. Craft beer drinkers, in particular, very much want to know who and where their beer is made. Stay tuned as we investigate that.

Editor’s note: This article has been updated to reflect the new CEO James Murray at Coronado, as well as the accurate relationship between Coronado and SouthNorte.