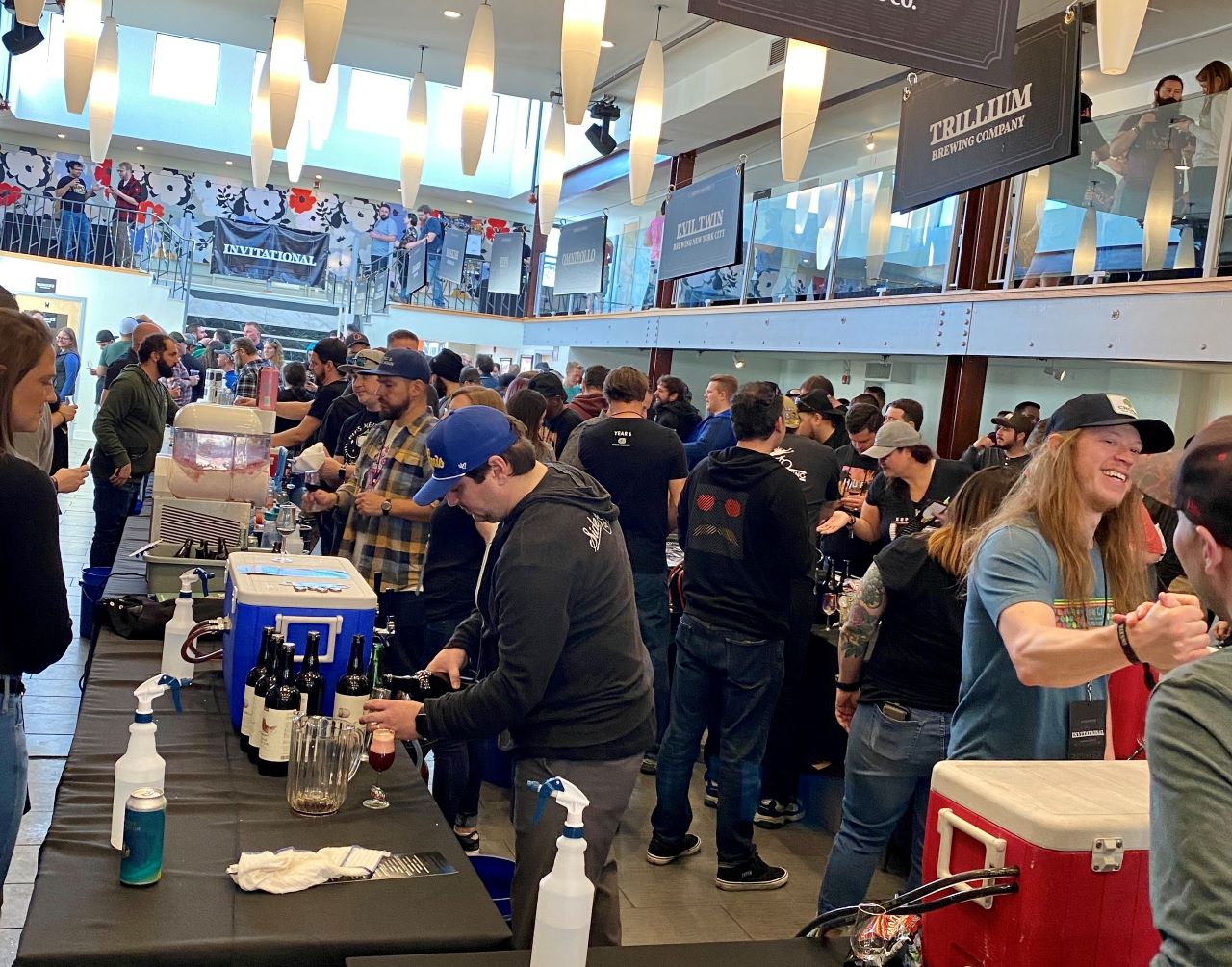 The Full Pint was fortunate enough to attend Side Project’s first Invitational Festival of Barrel Aged Stouts and Barleywines this past weekend. Going on our 13th year of covering craft beer and beer events, we were very curious how Side Project would execute this festival, especially on their first run.

Before we talk about the festival itself, it’s worth noting that Side Project set out to model this gathering in a similar way that Firestone Walker treats their world famous Invitational Beer Festival. From the perspective of a craft brewery, there is the opportunity to attend a beer festival nearly every weekend. Pouring at festivals is a great way to gain brand exposure and an opportunity for beer fans to become closer with the people making the beer. The problem brewers face is that the travel becomes costly, not to mention it’s rigorous on the body, both because there is always some level of drinking involved. More often times than not, rich food is involved to protect and or soothe a hangover, which adds to the waistline and fatigue. It may sound like a fun rock star life to you, however it becomes quite the chore after doing it a lot. Firestone Walker understood this and made sure they did the best they could to take care of the out of town brewers flying in for the event. Typically, the brewers are fed meals, given some lodging accommodations, and whatever else it would take to make them feel at home within reason.

Side Project Brewing followed suit and took extremely good care of the brewers they invited to this festival. In turn, Side Project got the stars of the breweries to attend, rather than sending out some sales reps or event coordinators. While very young buzz worthy breweries might not have the budget for wining and dining a few dozen breweries, it’s a good investment for a world class event.

I’m not going to sugar coat this, the Midwest has a bit of a reputation when it comes to high alcohol themed beer festivals. Whether it be Festival of Barrel Aged Beer (FOBAB), Dark Lord Day or Great Taste of the Midwest, there is always a portion of the fest goers that start drinking too early in the day or over serve themselves to the point they are publicly polluted. To be fair, these kinds of events feel like Christmas to a beer lover. Lots of bottle sharing of some of the best, most rich beers in the world is overwhelming. It’s easy to get carried away in these settings. I thought that this festival would have a few bad apples, which is just a casualty of being an all barrel aged stout and barleywine festival. Once we arrived to the Majorette, the venue for this event, we were curious how this would all play out. It had a ring of tables on the main floor, then a ring of tables on the floor above. Would the place be too crowded? Would someone stumble down the stairs? How many minutes til the first taster glass broke? As 12 PM hit, the event staff let in the guests and shockingly, there wasn’t that famous running of the bulls moment where stout thirsty bros waddled in as fast as they could to the most popular beers. This is likely due to the tap lineup being evenly stacked. There was not a dud or head scratcher on the list. At first, there was a line for Anchorage Brewing’s Triple Oaked A Deal With the Devil, after that, it was pretty chill and easy to try any beer you’d want to.

An hour into the event, happy fest-goers got louder, but not phased by the high alcohol beer. Still no broken glasses and everything was in complete order. Two hours in, and there was a line for Modern Times Modem Tones, and at hour 3, there was a line for Side Project Derivation 8. There was a single food truck outside serving various topped French fries, and guests casually went in and out to take a food break.

With thirty minutes left, there wasn’t a single slumped over dude, and I think we heard only one broken glass. That doesn’t mean there were a few more, but we didn’t notice it. Not because we didn’t think Side Project could pull this off, but due to the nature of this festival, we were shocked at how smoothly the day went from beginning to end. One hypothesis we had was that only the most serious of craft beer drinkers would spend $150 and in some cases airfare and lodging to tick heavy beers for an afternoon. Had this been a big outdoor festival with a much lower ticket price, we could have seen some people passed out on the lawn like we do with other similar festivals. Much respect to this crowd and tons of respect to Side Project for cracking the code on this.

We mentioned that Side Project flew out the most notorious rock stars in craft beer. Jean Brolliet from Tired Hands, Henry Nguyen and Adriana Nguyen from Monkish, Gabe Fletcher from Anchorage, Sam Richardson from Other Half, Henik Fentie from Omnipollo and the list goes on. Folks were able to get their pours of beer for a large majority of the event from the people making it, which is an exceptional value and experience. Side Project co-owner Cory King was also walking around smiling and chatting with as many people as he could.

All and all, this festival was a well organized hit. I wondered if the event should be bigger, with added food options, but then it dawned on me that the price point and size made it intimate and was “shit-show free” all because of the well calculated format. In other-words, I wouldn’t change a thing.

How Are Some San Diego Brewers Weathering The Storm? Contract Brewing! Thoughts on Mikkeller DTLA Closure and BeerAdvocate Untappd Merger