San Diego has been largely known as the craft beer capital of the country for quite some time now. With over 150 breweries and counting, at the top of the mountain stands breweries like Stone Brewing, Ballast Point Brewing, Green Flash Brewing, Karl Strauss Brewing as well as Coronado Brewing. 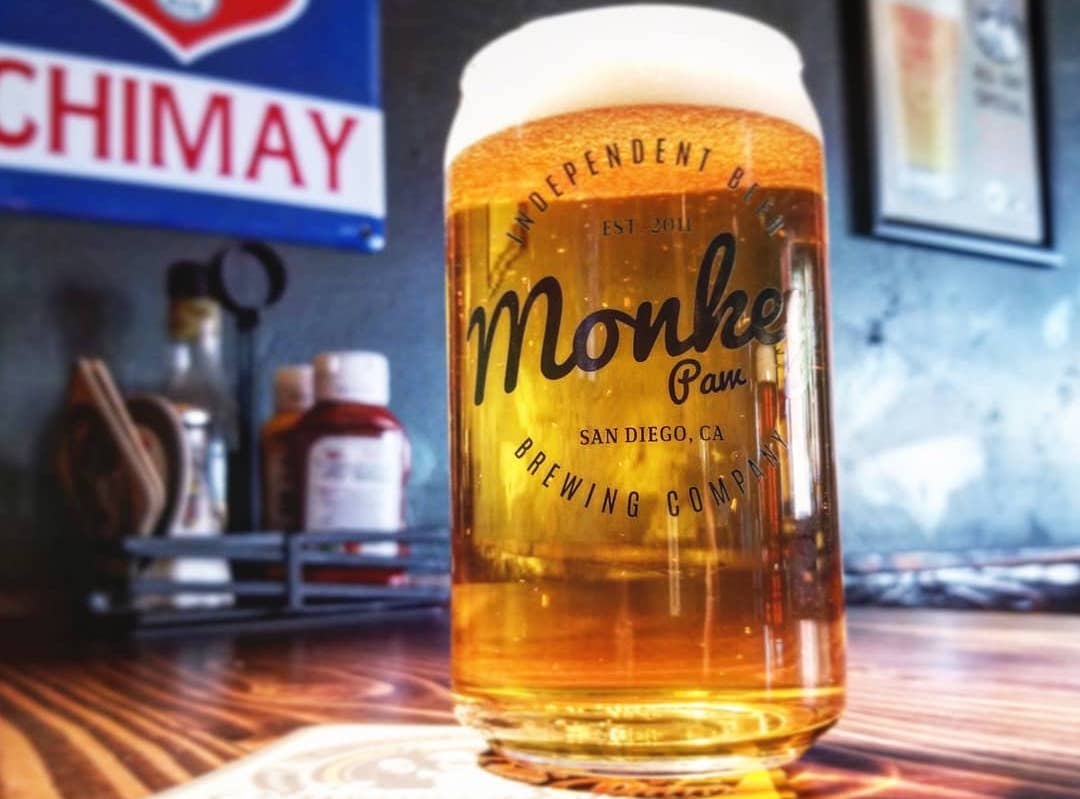 As these breweries entered their late teens /early twenties, they were all met with a decision to grow in footprint and volume produced. All the breweries named above have taken a different path to meet their own growth goals. Stone has dotted California with destination tasting rooms and is making a play to be a multi-continental company, Karl Strauss has dotted Southern California with restaurants, Ballast Point sold to an International beverage company, Green Flash bet it all on red and nearly lost the farm, and Coronado Brewing decided to grow production as well as add two other brands to their corporation.

A year ago, Coronado launched SouthNorte, branded as a beer marketed towards those who like to drink and party at the San Diego / Tijuana border. That brand was announced a year ago, and has only started to get off the ground over the past six months.

Around the same time, Coronado Brewing announced the purchase of Monkey Paw Brewing in San Diego. Monkey Paw Brewing was this comfortable brewpub owned by publican and beer industry veteran Scot Blair. The brewpub was not very big, the ambiance was on the dark and cozy side, similar to Blair’s famous Hamilton’s Tavern beer bar. At the helm of the brewhouse was a talented brewer named Cosimo Sorrentino. Cosimo found great success in his short stint at Monkey Paw, where he received industry wide recognition with medals at The World Beer Cup and Great American Beer Festival. A few months after Cosimo departed from Monkey Paw, the announcement was made about the 2017 majority investment from Coronado Brewing. Since Cosimo’s departure and the investment from Coronado, there has been grumblings from loyal Monkey Paw fans that the place has changed and not for the better. From my first hand experience, there were two things that made Monkey Paw special, the vibe and the beer. Sometimes those two things go hand in hand and can skew the perception of one another.

Yesterday, Coronado sent along a press release announcing the sale of Monkey Paw Brewing, only a year after purchasing it. Reasons in the carefully worded press release pointed to “Changes in Shifting Craft Market.” Fresh on everyone’s minds are the 2016 layoffs at Stone Brewing and the collapse of Green Flash Brewing, and San Diego beer fans are wondering what’s in store for Coronado.

We reached out to Coronado Brewing’s CEO Brandon Richards to get his thoughts on the current health of Coronado, challenges faced by the SouthNorte brand, and the quick flip of Monkey Paw Brewing. Coincidentally, The Full Pint learned of a lawsuit filed by Monkey Paw founder Scot Blair over a breach of contract with Coronado a week prior to this announcement, that was filed in late April. Both sides acknowledged the pending lawsuit but declined to comment on the specifics of the lawsuit.

The Full Pint: How is the health of Coronado Brewing? How many markets are you in?

Brandon Richards: “Coronado is doing well. We are in a place that is similar to other regional breweries. Brewers of our size are seeing declining numbers. We aren’t declining but we aren’t seeing the same upward movement of years past. It would be nice to be selling more beer. We are still trying to be relevant in this current market. We are currently in 11 states.”

TFP:  Tell us about the new SouthNorte brand. Are you facing any challenges?

BR: “No, no challenges. We have 500 new retail accounts. Lots of success in 6 months, and we have a big announcement coming up.”

TFP: Industry spectators, for lack of a better term, are looking at Green Flash and Mission Brewery and expecting more doom and gloom to reign over San Diego Beer. How is Coronado’s health compared to say Green Flash, and does your quick sale of Monkey Paw have any parallels to what happened this year to Green Flash?

BR: “The decision to divest in Monkey Paw was to focus on our main investments. This wasn’t made out of a need to put us in a better financial position.”

TFP:  Press release and marketing speak aside, what was your vision for Monkey Paw when you bought it a year ago? It seemed like a stark contrast to the lifestyle and branding associated with Coronado Brewing?

BR: “The opportunity to service another audience that we weren’t serving with the Coronado brand.”

BR: “We realized that if we put that effort at Coronado, we can grow our total business faster than putting those efforts towards Monkey Paw.”

TFP:  It’s public knowledge that Scot Blair, founder of Monkey Paw Brewing, is filing a lawsuit over breach of contract for $33k and change. We aren’t looking for a rebuttal or a response to the lawsuit, but we’d like to know more about the relationship Blair had with the company post acquisition.

Was he signed on as a consultant?

TFP: Did he still have some ownership after the acquisition?

BR: “Scot is an owner in the brand, this was stated in our initial press release when we invested.” [link]

TFP: Some publications are drawing a correlation between the Blair lawsuit to the sale announcement. Is that coincidental?

BR: “The timing of both are coincidental, one doesn’t have to do with the other.”

TFP: So Coronado and Scot Blair are owners of Monkey Paw, how does this sale work?

BR: “Coronado is selling the company as they are the majority investor/shareholder. The brand is for sale. The company is for sale and the brewery is for sale. Somebody might only want the brewpub or just the brand, that’s all I can say for now.”