Dan from The Full Pint reviews many notable happenings from the craft beer world during 2014.  Make yourself at home this holiday season here at TFP as we recap the last 12 months and get ready for another 12. 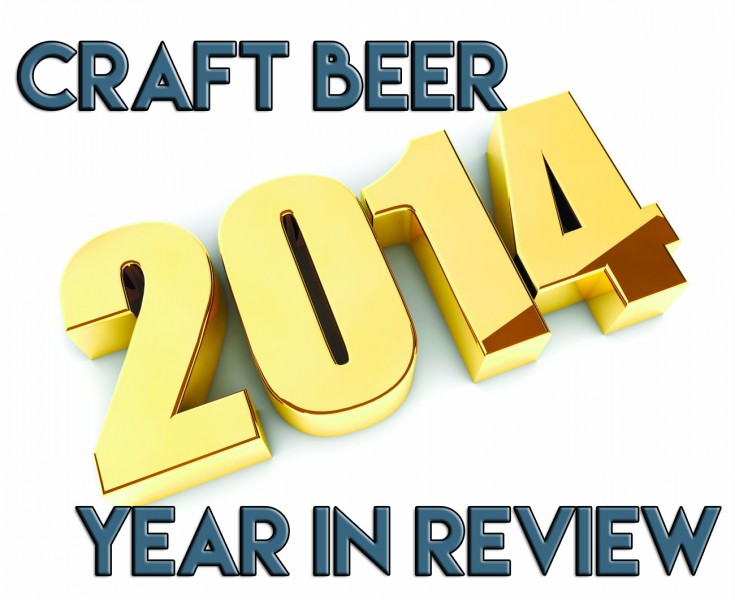 Allagash Brewing – Allagash has wrapped up their brewhouse expansion, and has really pumped up the wild/sour ale program since doing so. We are seeing more hitting limited distribution, and the reviews have been tremendous. Earlier this year, they even participated in the Wild Friendship Blend collaboration with Cantillon and Russian River. WOW!

Ballast Point Brewing – Ballast Point Brewing expanded quite a bit this year. They are now occupying 4 locations in San Diego, including an eatery in Little Italy. They have streamlined their branding, offering many of their more delicate ales in cans, and it would seem they are racing to have national exposure. Their Grunion Pale Ale won them a Gold Medal at this year’s Great American Beer Festival, Sculpin is still highly popular amongst the hop heads and is much more obtainable in 2014.

Beachwood Brewing – While many of our loyal readers don’t have access to Beachwood Brewing beer, this small brewery out of Long Beach California has been pumping out hoppy masterpieces monthly. With that said, Brewmaster Julian Shrago is no one trick pony, he has been nailing the execution on dark ales as well. Late this year, they announced a spinoff project known as Beachwood Blendery, in which they will attempt to make Belgian-Style Wild ales.

Bell’s Brewery – Bells’ is putting their large investment to use with more expansion. They made what I would consider a very bold gutsy move by entering into San Diego earlier this year.  San Diego is saturated with breweries, and they have a core audience that favors the “San Diego” style of fresh, hoppy aggressive ales. They released the fun Planet Series of beer to a great response, and participated in Sierra Nevada’s massive Beer Camp Across America Collaboration.

Collaborations – Craft Beer collaborations have been a thing since 2007, and have been largely been viewed as a gimmick in my eyes.  My jaded view of them has changed a bit this year, as many recent match ups have been born out of friendship and similar skill sets. When love and badass brewing skills are combined, everyone wins, especially someone who loves great beer. Great examples include the Allagash/Russian River/Cantillon Collaboration, Stone Unapologetic IPA (Mitch Steele, Julian Shrago,Jamil Zanasheff) and so on.

Craft vs. Crafty – This particular craft beer boom has brought lots of conversation and opinion in regards to who is brewing the beer you are drinking. There are some people being tricked into buying beer that looks like it’s from a small local brewery, when in fact it’s made by AB-InBev or MillerCoors, and there are spectators who feel it’s no big deal or it’s a way big deal.

Firestone Walker Brewing – Over the past few years, Firestone Walker was considered a medium sized, regional craft brewer with clean ales brewed for the locals. In such a short time, they have been put on the national craft beer radar with their barrel aged strong ales, their must-attend Firestone Walker Invitational Beer Fest, and their young wild ale program over at BarrelWorks. They have begun canning, with plans to package the delicate Pivo and Easy Jack in 2015.

Founders Brewing – Founders has expanded their distribution quite a bit in 2014, and made big waves last week with the announcement of selling 30% of the company to San Miguel in Spain. Many brewers are gunning for a top 3 spot (where Sierra Nevada, New Belgium and Sam Adams reside) and this is one approach to it.

Green Flash Brewing – It was a huge year for San Diego’s Green Flash Brewing. They are gearing up for their east coast brewery in Virginia Beach, VA. They changed up their branding a bit, which included tweaking the recipes for both West Coast IPA and Hop Head Red. Earlier in the year, they lent their brewhouse to Alpine Beer Co. of San Diego, so they would be able to get closer to demand on their hoppy ales. By year’s end, they put out a press release stating they have bought Alpine Beer Company, which will still operate independently.