The Hop Concept to Release Lemon and Grassy IPA 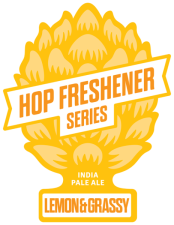 (San Marcos, CA) – Lemon and Grassy IPA, the third beer to be released from the Hop Freshener Series by The Hop Concept, will be heading to tap lines and bottle shops by the end of July.

“We’ve learned a lot from every beer in the Hop Freshener Series, but no more so than with Lemon and Grassy” said Lead Brewer Steve Burchill. “ We relished the opportunity to use hops like Sorachi Ace, Nelson Sauvin and Lemon Drop to produce a style of IPA that’s considerably different from the rest of our portfolio.”

The Hop Concept’s Lemon and Grassy IPA (8.5% ABV) will be available throughout the Port Brewing / Lost Abbey / The Hop Concept distribution network in 22oz bottles and limited draft.

About Port Brewing / The Lost Abbey / The Hop Concept
Founded in 2006, Port Brewing and The Lost Abbey produce an extensive line-up of continental and American- inspired ales and lagers. Under the direction of visionary brewmaster and co-founder Tomme Arthur, the brewery has garnered dozens of awards in its seven-year history including the 2007 Great American Beer Festival Small Brewery of the Year, The 2008 world Beer Cup Champion Small Brewery and the 2013 Champion Brewery at the San Diego International Beer Festival. The company’s beers, many of which are aged in oak barrels for 12 months or longer, are universally recognized for their complexity, unique flavors and bold boundary-pushing styles.