Official description: A clean, crisp Pilsner with a refreshing start, leading to bright biscuit notes and finishing smooth and balanced thanks to Noble Hops. May it help guide you through whatever may lie ahead of you, be it Noble or not. Hops: Saaz. Malts: Bohemian Pils, Munich.

I’m reviewing Noble Tendencies from a 4-pack of 16oz cans that I picked up at The Lost Abbey for $11.99 plus tax. These cans have white paper wrapped labels with gold embossed details. I like the angelic design – fitting for this brand. On the bottom of the can reads “Freshest By 03/03/21”. Since these were released on October 9th of this year, that puts the official freshness window at around 5 months, which is far too generous in my opinion. (This is not unique to Noble Tendencies, however. Port Brewing/The Lost Abbey does this for their IPAs as well, much to my bewilderment.)

Into my glass, Noble Tendencies is perfectly clear, pale golden in color with bright white foam that builds quickly and wants to spill over the rim of the glass. The aroma is characteristically stinky from the pilsner malt: a bit sulphury with hints of creamed corn (DMS) and even some diaper-like phenols. Thankfully, these are all volatile compounds and dissipate quickly to reveal an aroma dripping with orange blossom honey and bread rolls.

Digging in, Noble Tendencies strikes me as closer to a German Helles lager or American Pre-Prohibition lager. This group, in my opinion, is maltier and far less bitter than modern American-style pilsners like Victory Prima Pils. Even some Franconian and Czech pilsners are more bitter with a sharper sting. Czech pilsner, especially the archetypal Pilsner Urquell, is a slightly darker beer SRM-wise with deep caramel notes and vegetal, spicy hop flavors. Noble Tendencies is more of your blue-collar, everyday, after-work beer with bread-in-a-glass flavors and soft bitterness for background balance only. Some of the best pale lagers I had last year in the Franconia region of Germany match up well with Noble Tendencies: simple, easy-drinking, malt-focused, with frosted poundcake flavors and hardly any noticeable bitterness. Still, this beer tastes more like an American-style pale lager than anything else. The palate is neutral with just enough balance to avoid being sticky sweet. Cereal grain flavors are toned down nicely to give it just a subtle rustic character. Spicy Saaz notes are mostly undetectable to my disappointment. 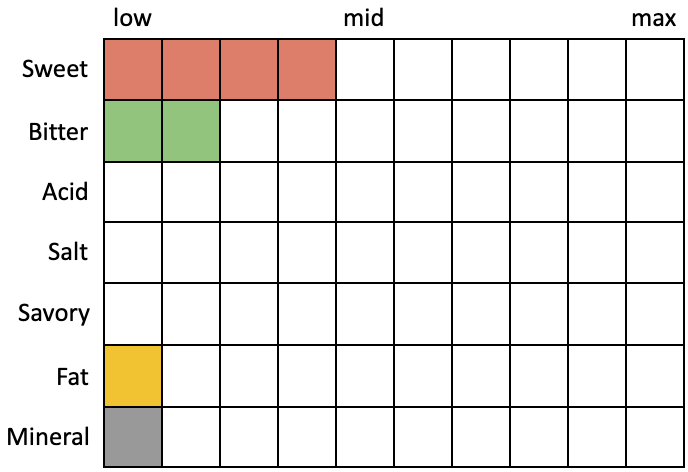 Though The Lost Abbey brand is usually reserved for Belgian-style beers, Noble Tendencies is a nice change of pace for the brewery and positions itself as an every day, after-work beer you grab from the fridge and don’t think much about.

Personally, I prefer the modern American-style pilsner interpretation led by Victory Prima Pils where grassy hops punch hard and the body is lean and semi-dry. Noble Tendencies ascribes to a more Franconian ethos of showcasing malt flavors and textures with very little hop expression. The upside is that Noble Tendencies isn’t a polarizing beer and could be marketed as a Pre-Prohibition Lager with its familiar flavor profile and low bitterness. It’s not what I look for in a pilsner, but I think drinkers will be happy to try something refreshingly straightforward from this brewery.