Official description: The base beer of Luponic Distortion always remains the same, but each new release features a different hop blend built around emerging and experimental cultivars—all designed to showcase the possibilities of pure hop aromas and flavors. Luponic Distortion No. 13 features a blend of six hops from the Pacific Northwest and Germany, all combining to offer bright flavors of piña colada, key lime and nectarine.

Luponic Distortion is a clear IPA series from Firestone that showcases new hop varietals, or at least, unusual hop bills. Right now the series is on #13, and this particular one has been very popular and on store shelves for a longer period than I remember previous iterations. That may be because this one is particularly intriguing. Each batch of Luponic Distortion has some aroma/flavor notes on the packaging to give you a sneak peek of what to expect inside. No. 13 has icons for coconut (text reads piña colada), key lime, and nectarine. I have mixed feelings about these icons. On the one hand, it’s neat to have visual icons to prime the drinker for what they can expect inside. On the other, today’s beer market very much includes real coconut IPAs and a plethora of beers with lime or nectarine added. I’m worried that some buyers unversed in the Luponic Distortion series will confuse this beer for one that actually includes the fruit on the label. “Flavors Through Hops” on the label should dispel any notion of adjuncts, but it isn’t as eye-catching.

I’m sampling this from a 6-pack of 12oz cans that comes in a paper carton, which is my current favorite packaged beer format. On the carton itself as well as on the can bottoms is an easy-to-read packaging date. I’m writing this review with the beer about 2 months old, which is well within the industry standard 4-month freshness window. Though I am including notes from when I sampled the beer fresher. Usually, there’s not a big difference. However, with No. 13 I greatly preferred fresher samples.

Into my glass, No. 13 is a brilliantly clear, pale golden color with vivacious white foam that sticks around for several minutes. When this was about 1 month old, the nose exploded with a ridiculous amount of coconut – this beer’s claim to fame. At the 2 month mark, it is still tropical with ample pineapple and melon; but that shocking coconut element has mostly faded away.

Flavor-wise, No. 13 is the polar opposite of the murky, soupy IPAs that have taken over the market. This beer is ridiculously clean to an almost mechanical level. It drinks with a lager-like crispness and snappiness. Bitterness is mild as is sweetness, placing this as a perfect session beer. It also has super low alcohol for an IPA. With only 5.9%, Luponic is much closer to an APA in my opinion. It’s hard to compare this to other iconic IPAs including Firestone’s own Union Jack. The two beers have nothing in common.

No. 13 keeps its promises with ample tropical juiciness in the flavor. Honeydew melon and pineapple come to mind but nothing quite as acidic as key lime or nectarine. A faint oiliness does combine with the pineapple flavors to hint again at piña colada. It’s nicely sweet and not too bitter, allowing you to enjoy the fancy hop oils plus some bready base beer underneath. In the backend, No. 13 is sharper with a pilsner-like zing and lightning-quick finish. 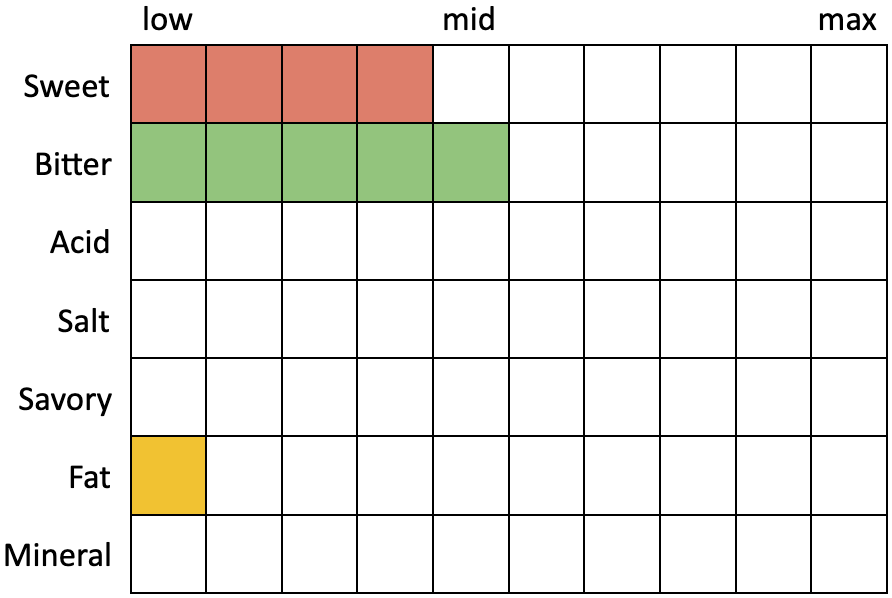 Luponic Distortion is a masterful example of a clean, bright IPA with an incredible, lower alcohol base beer that really allows these exotic hop varietals to pop. Fresher samples did indeed deliver on that unique coconut/piña colada aroma, though it had mostly faded past the 2-month mark. Notwithstanding, Luponic is such a refreshing, crisp beer for this style. Its low ABV puts it closer to the American Pale Ale (APA) category, in my opinion. But because the collective craft beer universe has snubbed this name and style, “IPA” is wisely used to appeal to consumers.

I’d stick to 5% range APAs rather than looking for similar IPAs. Some really good ones include Maine Beer’s Peeper, a tiny beautiful something, and MO; and Half Acre Daisy Cutter. I currently can’t recommend Stone’s Ripper. One beer that is even better than Luponic Distortion No. 13 is Firestone’s Cashmere XPA, but it’s only available in mixed-packs at the moment.