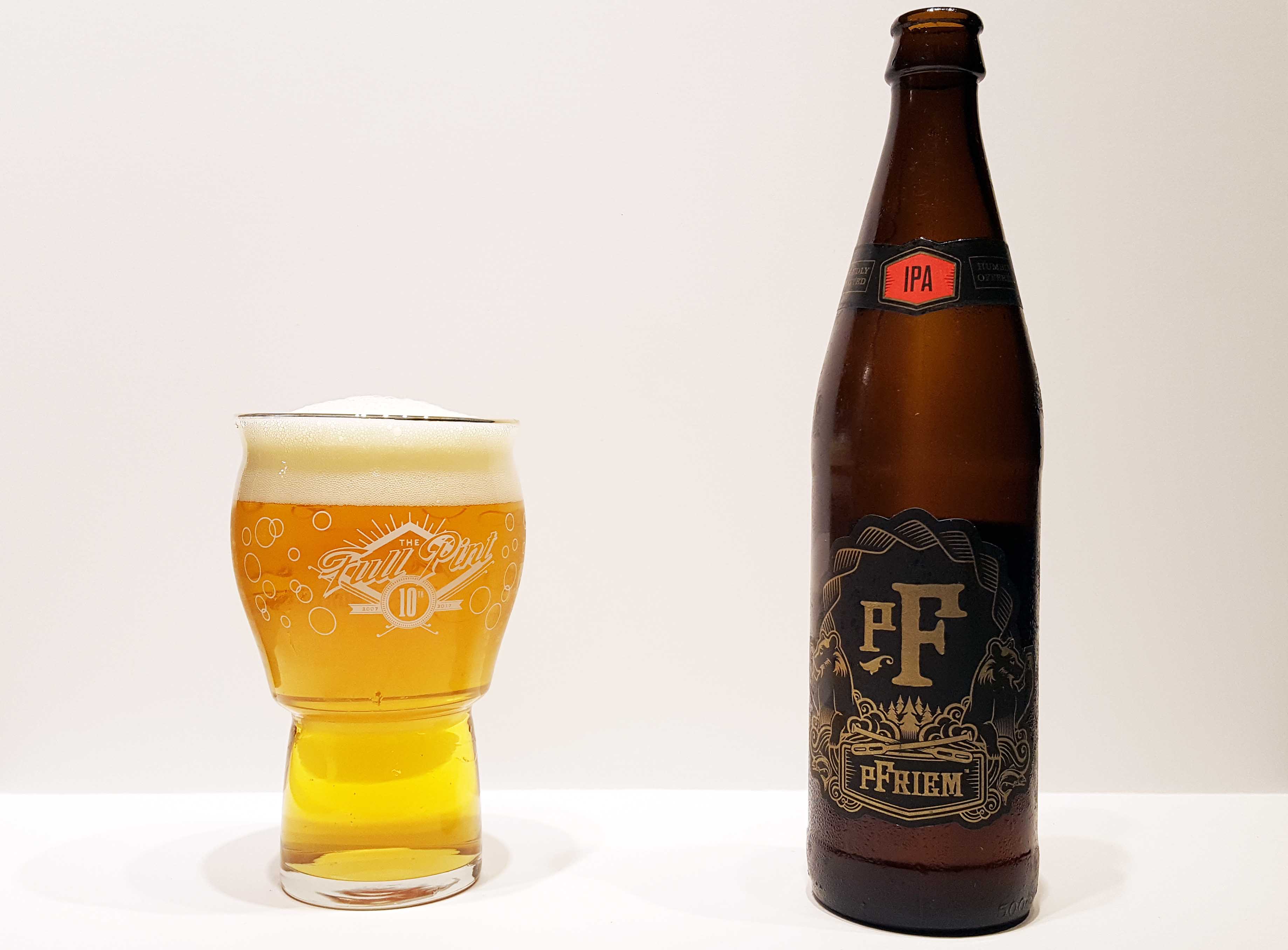 I recently reviewed pFriem’s Mosaic Pale Ale, which was seriously impressive. pFriem’s IPA is more of the same with ABV and bitterness bumped up slightly. The bottle exhibits the same upscale, regal design that matches pFriem’s other offerings. But a small neck label is just about all that indicates this is the IPA, so mixups on the store shelf may be possible. Still, these are probably the most elegant looking beers I’ve seen.

I sampled this from a couple of 500ml bottles packaged on 1/25/18. I sampled the two bottles about three weeks apart with no significant differences noted. Into the glass, pFriem IPA is crystal clear straw to light golden in color with thick, off-white foam that rises up out of the glass. The aroma begins with zesty citrus peel, vanilla cake, and fresh bread. It’s not as vibrant with hop aroma as the Mosaic Pale.

The flavor is definitely malt-forward with sweet dessert flavors of flan/custard and pound cake. The mouthfeel is soft and creamy with a cocoa butter/white chocolate texture that is outstanding. In the mid-palate, medium bitterness punches quickly with pine resin and sharp orange peel (5 out of 10 intensity) but then retreats back so you can enjoy the silky palate and super dense, filling body. Even though the specialty malt additions give the beer a blond dessert flavor, it’s not too sweet in the finish with decent dryness and sugar level at a 4 out of 10. That pop of sugar and omnipresent silkiness give pFriem’s IPA better balance than most IPAs on the market. Like the Mosaic Pale, there’s so much house malt character that adds impressive depth to the beer. Now I do have to say that every once in awhile, there is a very mild sanitizer type of flavor like a small twang of soap that slightly distracts. I noted the same thing with the Mosaic Pale.

Overall, this is soft and subtle as far as IPAs go. But despite how amazing it is, I still like the Mosaic Pale better for the more expressive aroma and lower ABV all while giving you a similarly superlative mouthfeel. Both of these are just incredible, though. If this was distributed to Southern California, I think it would give Pizza Port Swami’s IPA a run for its money, my current go-to IPA right now. For now, distribution is limited to Oregon, Washington, and British Columbia.