Product description: Fruitlands is tart, fruity, and frighteningly delicious. The sour, salty base beer lays the funky refreshment, while generous additions of cherries, raspberries, cranberries, and lemon transform the whole thing into a wall-to-wall fruit fiesta. It’s a marvelous mix of elements that collides with your mouth like a fruit-filled asteroid of flavor traveling at the supersonic speed of party. 4.8% ABV, 30 IBUs. 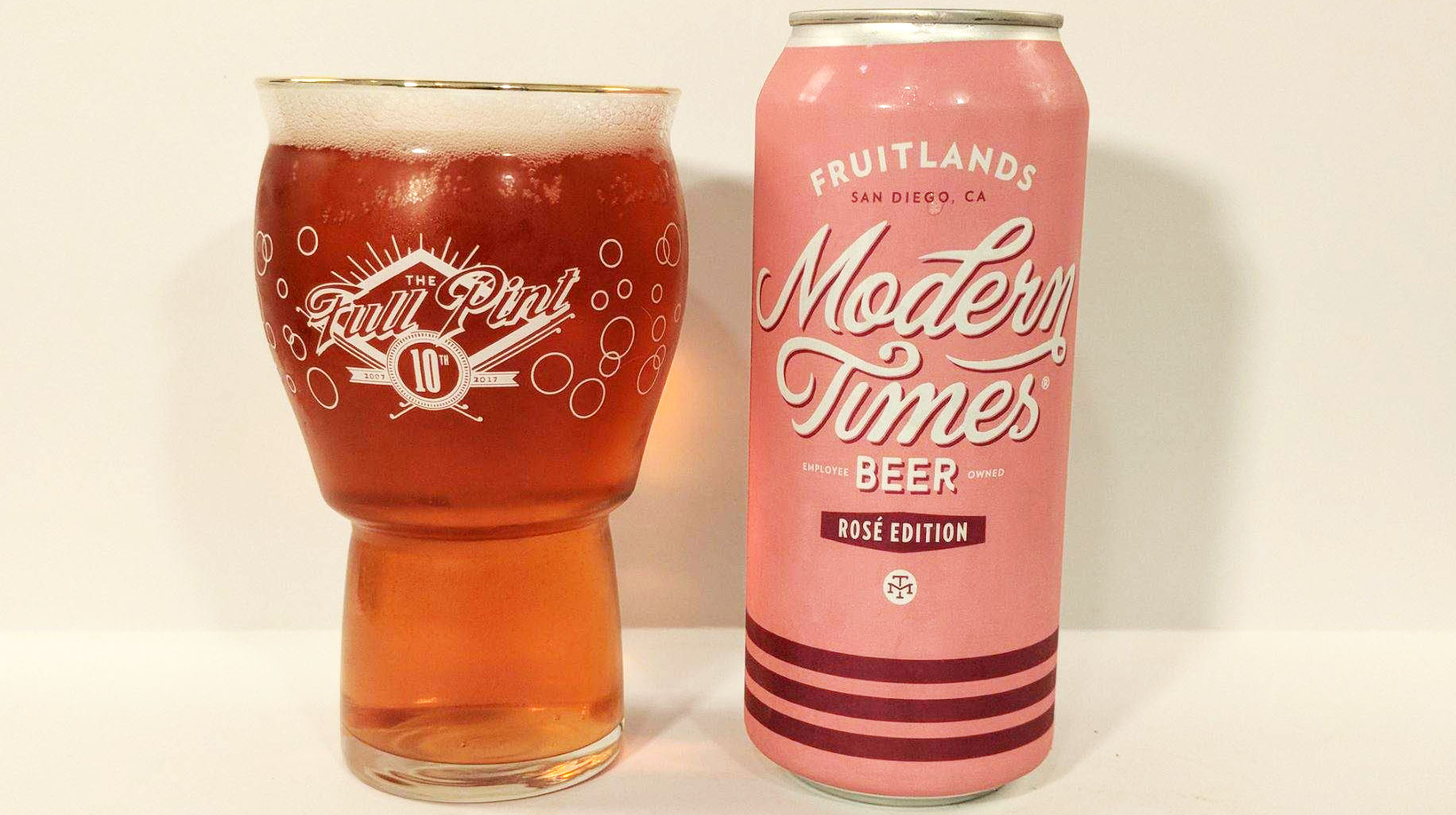 For this review, one of my long-time tasting partners, David, came over the weekend after our huge blind IPA showdown with some new beers he wanted me to try. I wasn’t told what they were and didn’t see the beers until after we had finished giving out feedback. For these beers, I asked David if he wouldn’t mind pouring the beers and taking the photos like I would have done, but then bring out just the glass and not reveal the beer until later in the evening.

Presented blind, this beer is clear deep pink in color with minimal soda-like foam that collapses quickly. The aroma brought out intense cranberry as well as juicy red grapefruit. The high acid fruit nose hinted that this beer may be sour. Dig in and the flavor is well-rounded with acidity dialed back to 1/10 intensity focused on lactic acid. Creamy wheat builds in the mid-palate giving the beer surprising density. Coupled with the lactic acid, it creates a milky, dairy-like thickness that belies the clear pink color in front of me. The aftertaste is phenomenal as bright cranberry provides a refreshingly tart zing. Lactic acid remains extremely low while carbonation remains high. The combination is perfect in my opinion.

Throughout this review, I did not know what beer I was drinking. After about 5 minutes of jotting down notes and then discussing this another who also sampled it blind, I guessed it was a cranberry hibiscus gose in the 4% range. The salt character wasn’t really present, but this was certainly a sour wheat beer with fruit added. That pretty much narrows it down to gose or Berliner Weisse. Just knowing how craft brewers usually approach these styles, Berliners tend to be more sour in my experience. Hibiscus has no flavor in my opinion but adds additional pink coloring, so I threw that out there.

After the reveal, I was really happy to see this was the newest and craziest edition of Modern Times’ Fruitlands. (For those interested, this 16oz can had a packaging date of 6/17/18.) Fruitlands has gone from a special release bomber to a core beer of MT for good reason. It has gone through dozens of iterations with the current core version you can find in stores being passion fruit and guava. It also seems that overall sourness on the base beer continues to decrease, which I appreciate. I think that these lower alcohol, “half-sour” beers will grow in popularity. The beautiful color and bright cranberry character of the Rosé Edition make this my favorite iteration so far. Though I wasn’t able to pick out cherries, raspberry, and lemon specifically; I think that just goes to show that the blend is well-integrated with the lemon throwing me off in the aroma where I thought grapefruit. This is in the running for the greatest summer beer that I’ve tried in recent memory along with Dogfish Head SeaQuench Ale. I think the fruit integration is better than Sierra Nevada’s new Otra Vez Lime & Agave while the acid balance is superior to Anderson Valley Blood Orange Gose, two other goses available in cans that I have reviewed recently. Hopefully, our readers can find this special edition in stores before it disappears.