Product description: If you’ve ever visited our taproom, you’re greeted by two works of art that we display proudly, our Bowie and Roxy Music murals. We asked the artist, Richard Arthur, to collaborate with us one more time for our next Artist Series Can Release. The result is Medusa, an 8.4% Hazy DIPA that will seduce and enchant every bit as much as Richie’s art does. 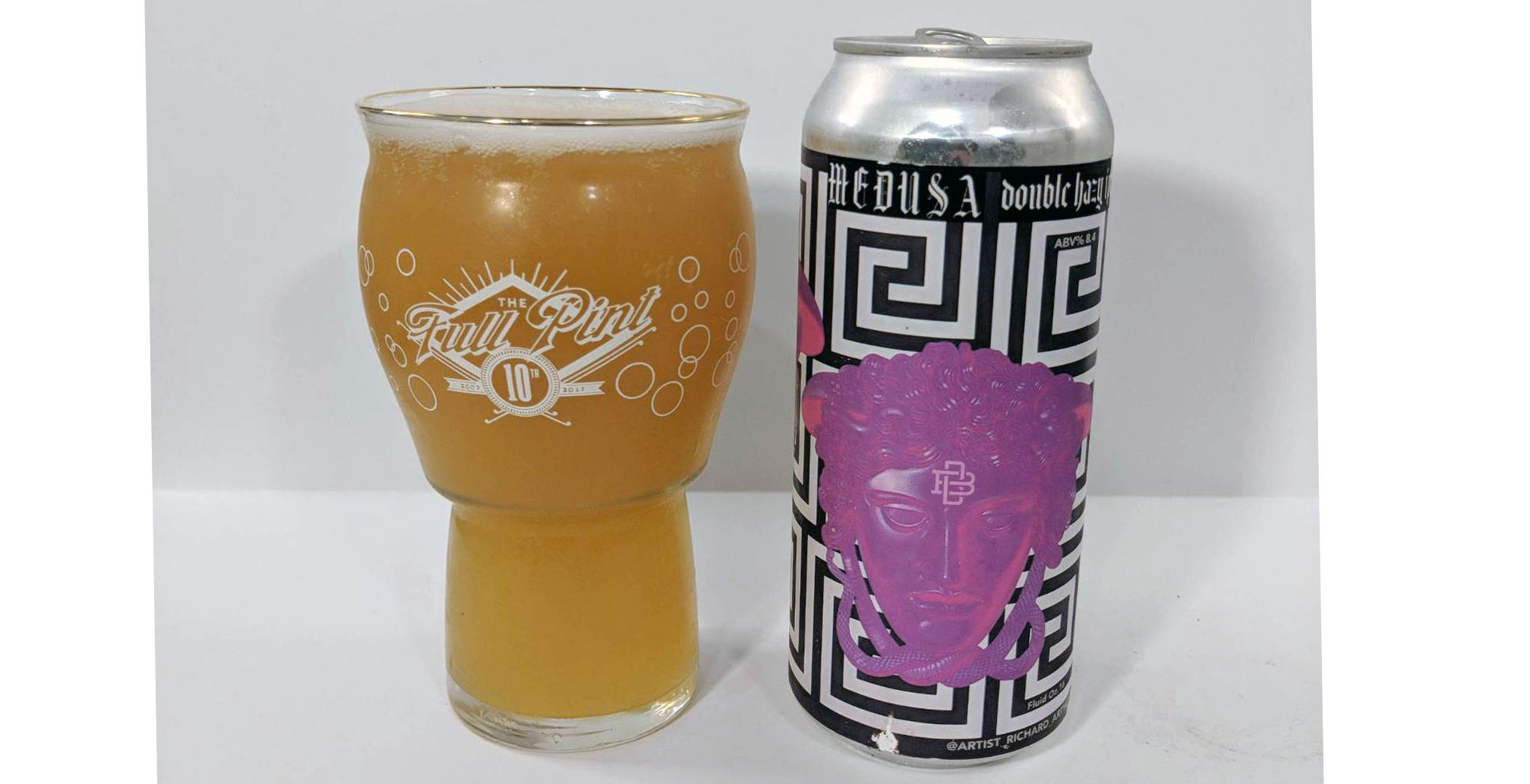 Medusa marks the third, I believe, hazy IPA canned release from Boomtown (Los Angeles, CA) along with District Haze DIPA and Ignorant DIPA. I’m sampling this from a 16oz can picked up at the brewery directly. There’s no canned-on date on the bottom, but this beer was released on June 23rd, so that would make it less than a month old. Cracking it open and pouring into the glass, this is a super murky, almost brownish-tinged, dark gold-colored liquid. Head retention is not too impressive – dwindling quickly to hardly anything on top after a few minutes. It certainly looks the part of a hazy IPA, though perhaps not as appetizing as some like Belching Beaver’s Digital Bath.

Whipped cream and pineapple sundae explode out of the glass immediately – dominating the nose for essentially the entire time I sat with it. The mouthfeel is nicely soft and creamy with medium sweetness. Coupled with assertive oat and wheat soupiness, the beer is dense and heavier bodied. Overripe yellow fruit flavors are front and center with a touch of vanilla and fluffy cake. There’s also a bit of acidity in the back of the palate after several sips not unlike a tropical smoothie. You get a clean, straightforward aftertaste, plus alcohol never plays a major role in the flavor, which I appreciate.

Given the flawless execution of this style, which is often rife with gritty and chalky flavors from all the proteins and sometimes yeast sediment in suspension, I would easily place this on par with what is coming out of Monkish and Modern Times, perhaps the two most prolific hazy IPA producers in Southern California. Medusa really hit a home run with that pineapple banana smoothie flavor that has made hazy IPA such a popular style. I was seriously impressed. Medusa is on par with the best of the best in today’s saturated hazy IPA world.