Product description: Our Blood Orange Gose is a tart, refreshing wheat ale that is kettle-soured with lactobacillus and brewed with sea salt and coriander. However, unlike traditional versions of the style, ours features liberal additions of blood oranges during fermentation. This imparts tangy citrus notes that complement the champagne-like flavors, creating a complex and sessionable ale perfect for any occasion. Malts: Pale Two-Row, Malted White Wheat. Hops: Bravo. 4.2% ABV. 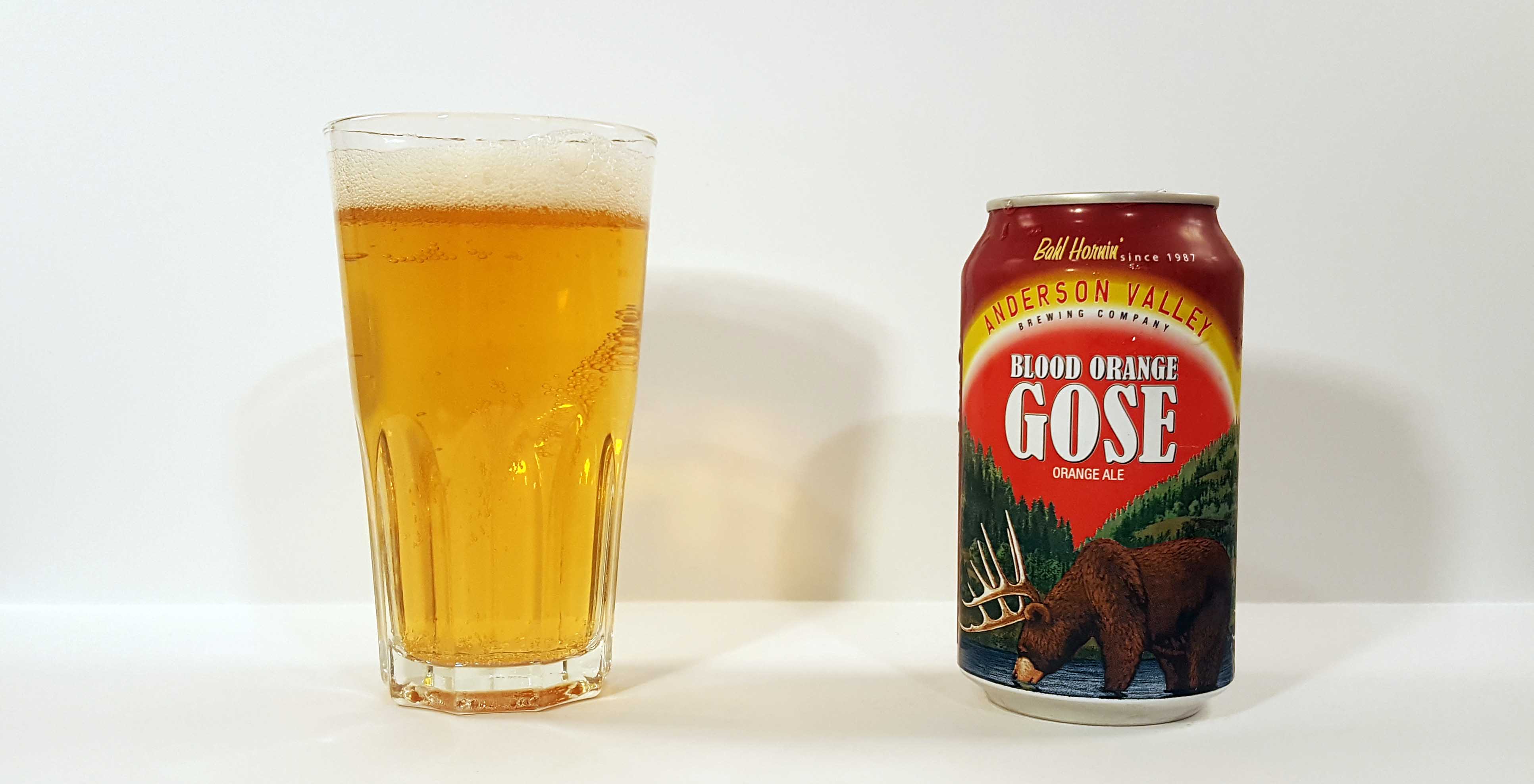 I’m sampling this from a 12oz can with a Julian date marked on the bottom of “17322.” For consumers who love to do a math problem while shopping for beer, that would translate to the 322nd day of 2017, or November 18th. So this beer is over five months old, but that shouldn’t be a problem for this style.

Into the tumbler glass, this is clearish, light golden in color with fizzy, soda-like foam that recedes rapidly – normal for this style. Dig in and the aroma is more vinous than I expected with a Riesling character of lemon and lime moving to pear and peach as the beer warms. Stay with it longer and white strawberry pokes through to give it a rosé quality. Funkiness is almost non-existent. Perhaps it is a bit sweaty, but the lacto character isn’t prominent. The overall aroma is surprisingly nuanced and dialed-in.

When I first tried this beer in 2015, I found it to be too perfumey from the blood orange addition to the point where it smelled like scented hand soap. Now, it seems like the recipe has scaled back the blood orange zesty character and let more of the underlying beer shine. At this point, it smells fantastic, but the downside is it doesn’t jump out as being a blood orange gose.

The flavor and mouthfeel are similar in that the blood orange character isn’t too prominent. Again, I think that this adjunct (or the more proper term would be flavoring) can backfire in beer causing an artificial or soapy taste. What you get instead is white wine-like as you would find in something like a Berliner Weisse. Riesling grape continues to dominate along with tangerine and white peach. The acidity is clean for this style focusing on citric and lactic acids at around a 5 out of 10 intensity. Saltiness remains subtle at around a 3 out of 10. That faint saltiness manifests itself as some extra buoyancy in the mouthfeel, but the flavor is far from salty. In the finish, you get some lingering lactic acidity and enough white wheat creaminess to keep the aftertaste semi-dry. What you miss out on are the buttery, creamy wheat and lactic flavors that usually plague both gose and Berliner Weisse.

The nuances of this beer are what make it so exceptional. This could easily be an over-the-top sour bomb with an overpowering dose of blood orange essential oils. Clearly, Anderson Valley has a great handle on gose as this may be the only brewery in the world whose website has the beers sectioned-off into Year-Round Beers, Seasonals, and Goses. The blood orange version may also be the de facto flagship beer of the brewery at this point just based on popularity. And there are at least three other canned goses available from Anderson Valley right now including the unfruited version, watermelon, and raspberry.