Please read on to receive $5 off tickets by using our promo code.

(LOS ANGELES, CA) — Beer Fest for Beer Geeks, brought to you by Stout Burgers & Beers, presents an extraordinary beer list to celebrate the uniqueness of beer. The Rare Experience beer festival takes place outside of the restaurant’s Studio City location from 1:00 pm – 6:00 pm on Saturday, November 19, 2016. The festival features 20 breweries pouring a variety of beers such as sours, barrel-aged and wild ales. 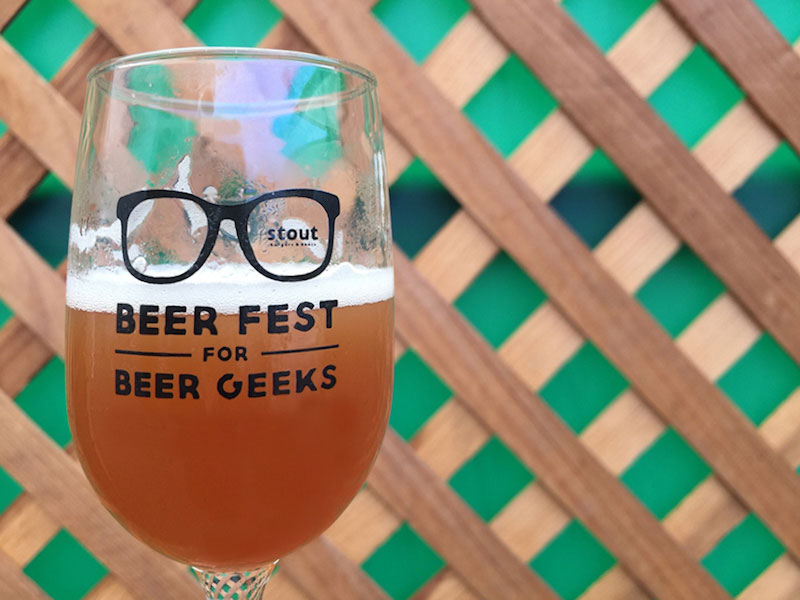 Beer nerds will recognize a few of the more popular breweries attending the festival, including Deschutes, Logsdon, Allagash, Lost Abbey, Cascade, Almanac, Modern Times, Boulevard, Green Flash and more. Some of the rare or unique one-offs come from as close as Los Angeles (like Phantom Carriage Brewery) and as far as Connecticut (extremely rare OEC Brewing) and Nebraska (Nebraska Brewing Company).

“This is a truly unique opportunity where beer fans can get their hands on impossible to find beers,” says Joey Anderson, Stout’s National Beer Manager. “We work all year long to curate this list. Whether you’re a fan of sour, wild or barrel-aged beers, attendees will be blown away with the options available.”

Use promo code: PINTFEST to receive $5 off any ticket through 11/10, limit 2 uses per customer.

Tickets can be purchased for $50 general admission and $70 VIP at bit.ly/Rare-Experience-2016