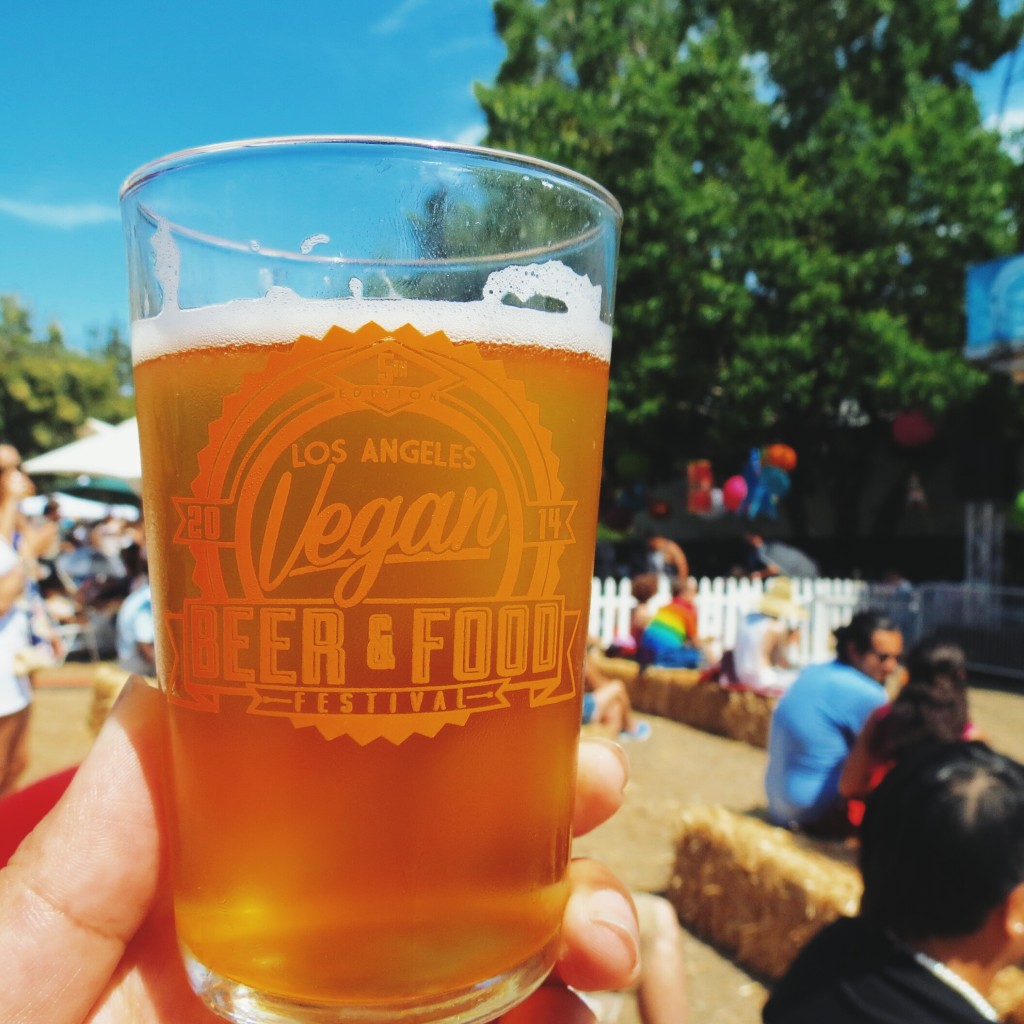 Lovers of craft beer, live music, and vegan cuisine came together once again for the 5th edition of the Los Angeles Vegan Beer & Food Festival on May 17. We’re no strangers to this multifaceted affair produced by Tony Yanow (Tony’s Darts Away, Mohawk Bend & Golden Road Brewing), Nic Adler (owner of The Roxy), and popular vegan blogger Quarry Girl. In fact, we’ve been watching  this event grow year by year from its beginnings at The Roxy Theater to its expansion across the street to an empty lot off the iconic Sunset Strip. This year’s event was even bigger and better than ever; featuring over 40 craft breweries and 30 purveyors of some of the best vegan fare in southern California. Being of the omnivorous dietary preference, I’ll tell you this: the food was just as tasty as the beer — sans animal products!

But before we dive into the afternoon’s photos, you may be scratching your head. Vegan beer? Isn’t all beer vegan? Jokes about Maple Bacon Doughnut beer aside, some beer lovers may not be aware that some breweries use ingredients such as gelatin, bone char, and isinglass to filter their beer. This practice is slowly phasing out as the industry has developed several alternatives for clarifying brews, such as the vegan-friendly Biofine or the tried and true process of centrifuging (to spin that beer into clear oblivion). With that said, this year’s Vegan Beer Fest featured a killer brewery lineup including local fan favorites Noble Ale Works, El Segundo Brewing, and Monkish Brewing. The event also marked the return of Golden Road Brewing‘s Almond Milk Stout; their alternative to the traditional sweet or milk stouts containing lactose.

On the food vendor side, this year’s festival did not disappoint. Vegan Beer Fest veterans The Frankenstand and Doomie’s were on hand alongside popular new-comers Gracias Madre, Crossroads Kitchen, and Bramble Bakeshop — the latter being pretty much the best vegan desserts this side of the Mississippi. We grooved to the tunes of up-and-coming artists like Heaps ‘N Heaps and the ever-popular He’s My Brother, She’s My Sister while enjoying an expanded festival ground complete with shaded sitting areas and a separate VIP area with full view of the intimate festival stage.

Check out some of our photos from this year’s event, and keep your eyes peeled for next year’s not-to-be-missed LA Vegan Beer Fest; a festival for those who love beer, food, or both!

[Full Disclosure: While I am employed by Mr. Yanow, all opinions within this post are of my own.]