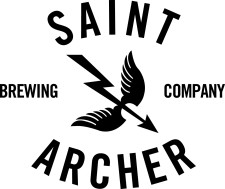 San Diego’s Saint Archer Brewing Company just turned one. And what a year it’s been!

“Saint Archer has been the fastest growing brand we’ve EVER launched at Stone Distributing Co. in over 15 years of preaching great craft beer,” says Steve Wagner, President and Co-Founder of Stone. “I can’t think of another brewery that has created this kind of excitement and impact in such a short period of time. The quality of the beers across their lineup and the creativity with which they approached a crowded market has attracted a lot of new fans to the world of craft beer.”

To celebrate the occasion, the Saint Archer Team and many of its Ambassadors will be holding its First Anniversary Party at the brewery on Saturday, May 24th. There will be commemorative glassware and apparel, raffles throughout the day, food trucks, brewery tours, plus special release beers on tap and casks to celebrate this milestone. For more information and ticket prices click here.

The unique brewery has created numerous films to highlight the company’s special creative and cultural makeup, including The Ambassador Project series and a commercial short to capture the Saint Archer lifestyle.

Saint Archer also launched its new can initiative for the four flagship brews: Pale Ale, IPA, Blonde, and White Ale. Through their tasting room in San Diego, they won over even the crustiest hopheads with heavy-hitting beers like their Double IPA, Scottish Ale and American Stout.

And Saint Archer’s just getting started…

“We always hoped that Saint Archer might help bring new enthusiasts to the craft beer table by being different. The success we’ve seen in the last year just reinforces our original vision,” says Josh Landan, CEO and Founder. “We’ll keep making great and interesting beer, and we’ll continue to highlight the lifestyle that brought us all together in the first place… Cheers!”

Saint Archer Brewing Company was founded on a unique strain of creative talent: World-class brewers. Artists and musicians. Surfers, skateboarders, and snowboarders…. All coming together with passion and commitment to express our collective true love – handcrafted beer. Saint Archer’s been a long time in the tank and we hope you taste our appreciation and gratitude in every sip.