email
(Torrance,CA) – Our friends over at Smog City Brewing has announced VIP Session Tickets for their upcoming 1st Anniversary Party.  You can get your deluxe tickets today (LINK AT THE BOTTOM), regular session tickets will go on sale Monday. 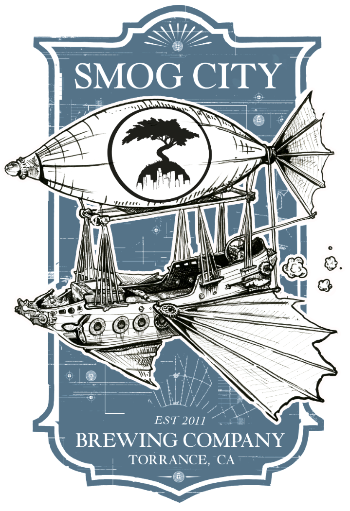 Smog City knows how to throw good parties and this is one of the best of the year!

With your ticket you’ll get early entrance to the brewery and early access to extra special beers (plus one that’s for VIP Session ticket holders only!) Add 5 tasters, 1 full pour AND a custom 6 bottle tote that comes with 2 bottles of Steam Funk Brett IPA, the official Anniversary Beer of 2015, and you’ve got one heck of a party!

With the blessing of The Bruery, we will be tapping a keg of ATOMIC KANGARUE! Yes, you read that correctly. This collaboration beer will only be available during the VIP Session and for VIP Session ticket holders from 11-1pm. If you wanna read up on Atomic Kangarue, refresh your knowledge follow this link: http://www.thebruery.com/beer/atomic-kangarue/?category=ingredients

We have also been hoarding kegs of some super special beers for events like this! So we’ll be bringing out the big guns.

Join Smog City as we celebrate another successful year of growth and entrenching ourselves in this amazing city filled with some of the most enthusiastic and wonderful craft beer fans we could ever ask for. This event is as much for you as it is for us, for together we grow this industry that we love so much. Thank you.