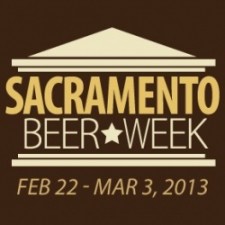 4 Rubicon Firkins will be concocted by Alvred Griffen and served all at once.

Sunday, February 24th
“Rubi-Can Fest” – Craft in a Can

Rubicon will be bringing in canned beer from 6 different breweries that can their great beers, mostly pale ales and IPAs. “Rubi-koozies” will be available.

Rubicon will display 4 beers from Speakeasy, 2 of them will be $2.50/pint.

5-Year Vertical Tasting of Old Stock Ale of North Coast Brewing Company, paired with cheese. The Old Stock Ale is their variety of Barley Wine. Special of the day will be a a charcuterie plate – a platter of meat, cheese, bread and grapes.

Rubicon will feature 7 beers from Bear Republic, 5 of which are limited releases. CEO and owner of Bear Republic, Rich Norgrove, will be a guest of this event.

Sunday March 3rd
“The Hangover” or “Beers of California Event”

All of the beer that is still hanging around sell on draft for cheap. Tasty food specials will be served to help you recover from beer week.