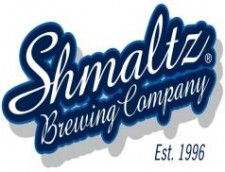 Are you going to be in or near NYC during February 22- March 3? If so, you’re in luck –– if not, it may be time to plan a trip for an amazing lineup of fun! This year, the New York City Brewers Guild hosts NYC Beer Week for the first time, and trust us, we’re going BIG.

Our fearless Shmaltz leader, Jeremy Cowan, also acts as President of the New York City Brewers Guild, so we are extra ready to rock out during the celebration of all things craft beer in this great city.

Whether you plan to tag along for a few, Pre-Beer Week chuckles with Eugene Mirman on February 21st, join us for a delicious beer pairing dinner at Resto on February 26th, or celebrate the National release of our Funky Jewbelation 2013 at Barcade in Brooklyn on February 28th, we sincerely hope you raise a glass with us at one of our many Shmaltz-tastic events.

Looking forward to spending some time with you soon,

Sara White, Marketing Manager
and the rest of the NYC Shmaltz Tribe

Raise a glass and toast the kick-off of ten days of NYC craft beer wonder with us, while sampling delicious Shmaltz offerings of Geektoberfest, Barrel-Aged Blockhead and Gold Medal winning and limited Funky Jewbelation.

Interested in dating a few, different NYC breweries, but not ready to commit to one? Then get a fight of New York favorites from Ithaca, Keegan’s, Southampton and Shmaltz and have the best of all worlds. We will be featuring He’Brew Bittersweet Lenny’s R.I.P.A. and He’brew Genesis Dry Hopped Session Ale.

New York City Brewer’s Choice is arguably the highlight of NYC Beer Week. Featuring over 20 brewers, who will each pour his/her favorite selections alongside thoughtful food pairings from some of the best chefs and food purveyors in NYC.

Join Shmaltz proprietor Jeremy Cowan and the entire NYC Shmaltz tribe for a sampling of our favorites, including our Funky Jewbelation and Bittersweet Lenny’s R.I.P.A.

For tickets and a full lineup of attending breweries and restaurants visit: www.nycbrewerschoice.com

Dig out those platforms and tease out your hair –– ‘cuz this party is gonna get FUNKY! Boogie on down to Barcade in Brooklyn for the official National launch of our FUNKY JEWBELATION 2013 –– a blend of 6 Shmaltz ales and lagers aged in whisky and bourbon barrels. An extensive lineup of 12-15 Shmaltz draughts will be flowin’. And, if backgammon is your game, you’re in luck –– the other NYCBG, the New York City Backgammon Guild will be set up to roll with us.

Celebrating all that the great state of New York has to offer in craft beer with complimentary tastings, giveaways, raffles, prizes, discounts and specials. A video DJ will be spinning tunes to rock out while you drink.

The members of the NYC Brewers Guild roll out some of their wildest libations at this cozy, East Village, craft beer mecca –– proving once and for all that big things come in small packages. We’ll be getting downright funky sampling our Funky Jewbelation.

This little piggy is going wee wee all the way to Alewife on
March 2nd, as NYC-based chefs prepare ten, local, heritage pigs paired with craft beer. Each ticket includes 10 beers tastings and 10 tastings of pork. Obviously in keeping with our kosher certification for He’brew, we will only be pairing our Coney Island Craft Lagers for what should be a jam packed food and beer fest!

Reservations can be made by visiting: Urban Spoon