Day two of the 2017 Great American Beer Festival is in the books, and once I again, I got caught up in the sour beer styles and farmhouse ales that were flowing from nearly every booth. While the Thursday night session is usually for the more serious beer drinker looking to taste highly sought after brews before they run out, Friday night’s session is all about fun. Couldn’t make it to the fest? Here’s what you missed on day two. 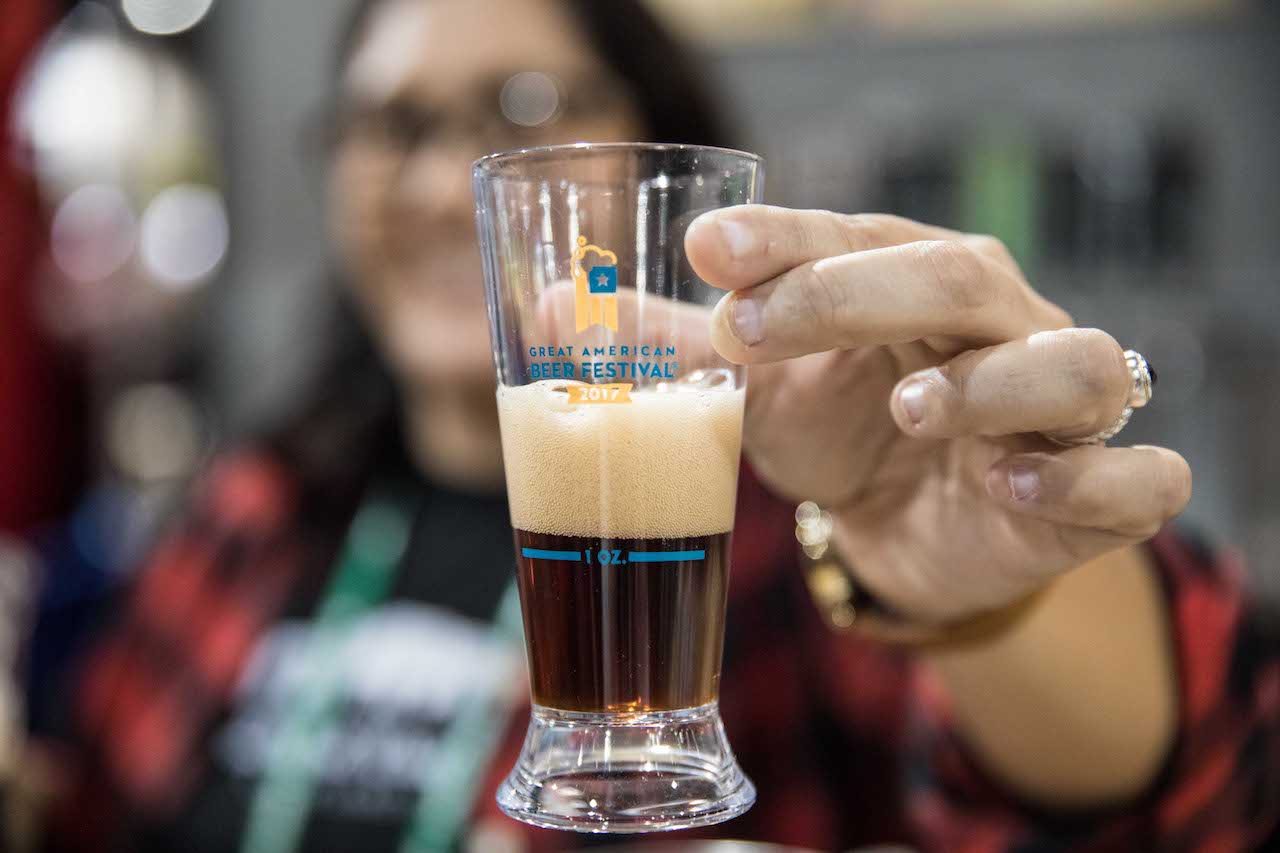 5:30 pm: After spending the morning listening to festival-goers from Thursday evening rant and rave about Scratch Brewing Company, a microbrewery and farm in southern Illinois, I head straight to the Great Lakes section and taste my way through the brewery’s earthy foraging-inspired line-up of beers. Using yeast strains and ingredients harvested on the 80-acre farm the brewery is located on, the line-up of beers included a delicious oak cherry sour, and a ginger root beer with just the right amount of burn.

5:45 pm: I catch up with Julia Herz, craft beer program director at the Brewers Association, about the seal of independence that can be found all over the Colorado Convention Center. The BA recently made a big push to help consumers recognize independent craft breweries and educate craft beer drinkers about the effect that a brewery selling out to big beer has on the entire industry. Much like last year, sell-outs and the fight to stay independent dominated a lot of conversations.

6:00 pm: About 15 people walk by wearing different versions of PBR-themed get-ups. And despite his best efforts to blend in, I spot my first Where’s Waldo of the night.

6:15 pm: Employees from Bull & Bush Brewery wearing some seriously sterile all-white costumes and holding handmade signs appear to be picketing their own brewery booth, but I’m informed they’re dressed like lost lab scientists because the ladies like it…

6:30 pm: Continuing my sour crusade, I spot a short line at Karl Strauss and fill my taster glass with the brewery’s Queen of Tarts — a pucker party in my mouth. Aged in American oak barrels with Michigan tart cherries, the Queen of Tarts is excellent beer for fans of the sour styles.

7:00 pm: I spot the coveted cheese table near brewpub row and lose myself in some smooth and creamy goat cheese. If you’re headed to the fest on Saturday night, head to this booth early, and get some free samples of the good stuff. You’ll be happy you did. If you really want to get crazy, head to the Krave jerky booth for a free sample when you’re done.

7:09 pm: Against my better judgement, I can’t resist the urge to just walk by Ass Clown Brewing Company, and head over to strike up a conversation with this North Carolina brewery about how hard naming businesses can be, and the brewery’s Betwixt 2 Berries — a surprisingly balanced kettle sour made with kiwi and strawberry.

7:22 pm: Some poor soul drops his taster glass, but recovers quickly and leaves the scene of the crime before people can figure out who they’re booing.

7:45 pm: A long line starts building at the Cigar City booth, so I head over to see what the buzz is all about. People are going nuts for the Florida-based brewery’s Hunahpu’s Imperial Stout and the Life is Like Milk Stout — a hearty sweet stout aged in bourbon barrels.

7:55 pm: I get my first taste of Drake Brewing Company’s 2017 Lusu’s Love Child — a damn tasty collaboration with Bedrock Wine Company. The Flanders red style sour is just the right amount of tart and boasts big fruity notes with a bit of spice.

8:30 pm: I make it to the Beer and Food pavilion just in the nick of time to catch the charcuterie pairing, but the room is so packed, I can’t find a seat. So instead, I head over to the Sip and Sit section of the fest where a crowd has gathered to listen to Chad Yakobson of Crooked Stave Artisan Beer Project talk about different types of fermentation and share samples of the Denver-based brewery’s Petite Sour Peach.

9:00 pm: Things are starting to go downhill and I pass a dinosaur who’s struggling to stay upright. Even though the level of drunkeness rises around this time, the crowd tends to thin out a little bit and the lines start to get smaller. Even with the smaller lines, most of the breweries are out of the most popular brews for the day, and only core beers remain.

9:30 pm: Most people are on the move, heading out to one of the many industry parties raging throughout town. The best part of GABF week in Denver, is you don’t have to have a ticket to each session to taste some rad beers and have a good time. Limited releases, specialty brews and iconic beers from all over the country can pretty much be found on tap at any bar or brewpub in town with a draft system.