The Great American Beer Festival is America’s largest beer festival, and is held once a year in Denver, Colorado. Greg and John were up there for the festivities this year, and needless to say, they were not dissapointed. On the show this week, we’ll be drinking three award-winning beers from three southern California breweries who all won medals this year at GABF for the first time.

We start the show with Saint Archer Brewing Co.‘s White Ale. The beer took home a gold at GABF this year, and it’s easy to see why–this beer is delicious. This light, clean, and dry witbier bursts with that signature witbier yeast aroma, and is backed up by a refreshing burst of citrus flavor. Saint Archer is a relatively new brewery out of San Diego, California, and they came running out of the gate with some truly great beers. Seeing them win at GABF was no surprise.

Next up is Rocco Red from Bootlegger’s Brewery out of Fullerton, California. This beer, along with their Galaxian Barleywine, won bronze at GABF this year. This was also Bottlegger’s first time winning some metal at the fest. Rocco is their Amber ale. It has a quite dominant caramel flavor that hits your palate up front, but is balanced with a nice dryness, so it doesn’t come off too sweet or cloying. It has a pleasant pine characteristic to the aroma, and is an overall excellent beer. Cheers to the Boots team for the win!

The final winner from SoCal that we managed to get our hands on is Bottle Logic Brewing‘s Lagerithm, which is an American-style dark lager. It’s pretty rad to see Bottle Logic win gold with this beer style–it’s not an easy beer to brew. Bottle Logic has been pumping out some awesome beers since they opened in February, from their Double Actuator double IPA, to their Tattered Prince French-style saison, and their Hanamachi Japanese-style rice lager. Big cheers go out to the crew at Bottle Logic!

A big shoutout also goes to Beachwood BBQ & Brewing for bringing home a gold for Mocha Machine (sooo good!), a silver for Un Atout, and winning the award for Large Brewpub and Large Brewpub Brewer of the Year. Beachwood continues to impress and dominate at GABF, and we couldn’t be more proud of them. 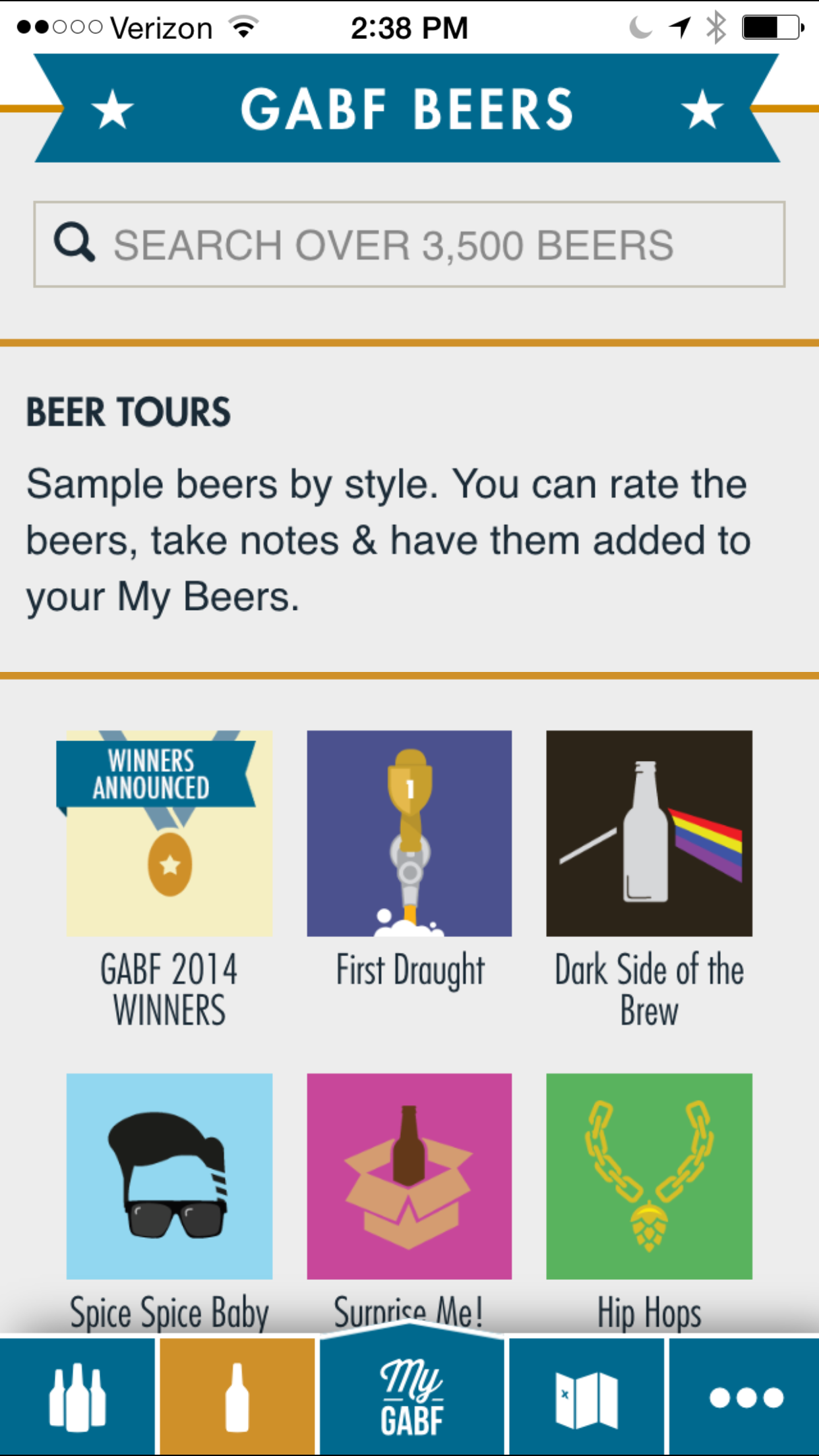 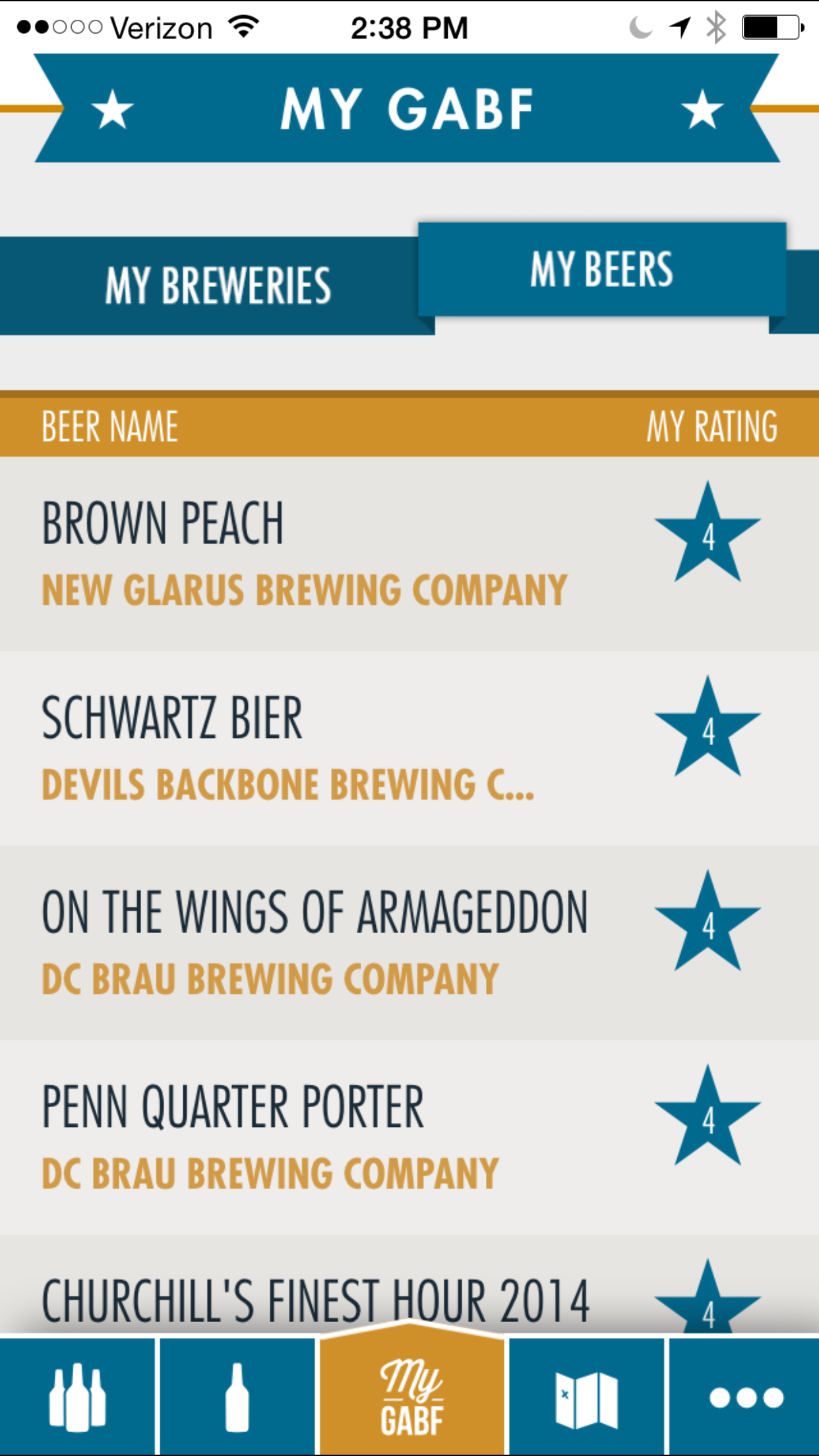 One of the more notable things about the fest for the last couple of years is the My GABF app (iOS/Android). Every brewery and every beer at GABF this year is in the smartphone app, and the Brewers Association really went above and beyond with the overall design and functionality of the app.

Some more excellent news is that there will be an additional 90,000 square feet of floor space added to the festival next year. This means more breweries, more beer, and more beer fans–a win all the way around.

We can’t emphasize enough how rad the GABF experience is, how cool it was to see some old friends, and our gratitude to the Brewers Association for having us GABF this year. It was a blast, and is something every beer drinker should experience. Cheers also go out to all of the winners at the competition this year.

Subscribe to the show:
RSS
iTunes – While you’re there, give a review of the podcast!
Stitcher

Got a question? Feedback? Email us:
feedback at fourbrewers dot com.