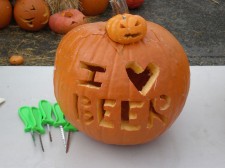 Fall brings thoughts of cooler weather, harvest, and pumpkins. If you live in the Seattle area, it also brings the annual Great Pumpkin Beer Festival by Elysian Brewing.

This was the seventh year for the festival, but this year there were some firsts – the first time tickets were sold in advance and the first time the festival was held at the new Elysian production brewing facility in the Georgetown neighborhood. The weather was sunny and the line to enter started early in anticipation of the pumpkin beers inside. 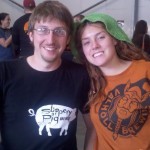 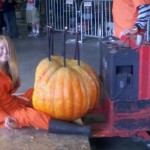 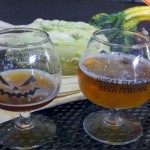 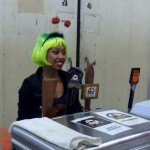 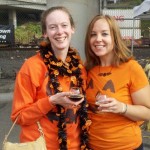 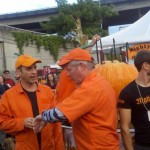 Elysian brewed 11 pumpkin beers this year ranging from the traditional pumpkin ales to pumpkin stout, ginger pumpkin pilsner, pumpkin hefeweizen, pumpkin malt liquor, and sour pumpkin ale. Guest breweries from Washington, California, and across the country as well as Canada brought their best pumpkin beers to be enjoyed. There were pumpkin brews with spices and chilies, a smoky pumpkin rauchbier, and barrel aged pumpkin brews. There was definitely something for everyone. One brewery even sent its beer in a large pumpkin instead of the traditional keg. Two Elysian collaboration beers were also on tap – Kick, a sour cranberry pumpkin ale brewed with New Belgium, and Saison of the Witch brewed with Tom Douglas, a Seattle restaurateur.

Some dressed in Halloween attire for the festival. Elysian brewers and employees wore orange jumpsuits and a few witches and pumpkins were seen in the crowd. Besides pumpkin beers, festival goers could have peccadillo made with pumpkin and several flavors of pumpkin ice cream. Some took the opportunity to show their creativity and carve one of the many pumpkins available. 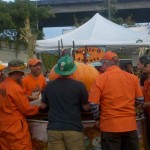 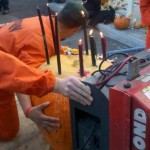 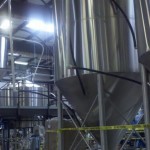 A highlight of the day is the tapping of the pumpkin. Two pumpkins were tapped on Saturday and one on Sunday. The large pumpkin is brought to the center of the festival with lighted candles on top. After the beer is shared, the empty pumpkin is smashed.

The Georgetown location is the new site of the Elysian production brewing, with a bottling and kegging line, and storage area. There is lots of room inside to expand and plenty of room outside to host the annual festival. If you like pumpkin beer, this is definitely the festival to watch for in 2012. 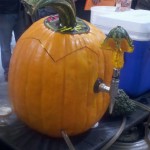 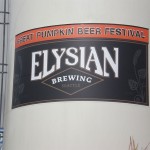 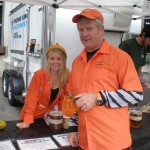 Submitted by our pal Pat. Thanks @gandalfcat