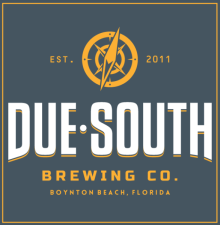 Boynton Beach, FL – Due South Brewing Co. is celebrating its 3 year anniversary on Saturday, May 16, 2015. The brewery will have special hours for the day of the anniversary: noon to 8pm.

Dozens of Due South beers will be tapped on this special day including some very limited special treatment beers and barrel aged beers.

There will be a few food trucks onsite for the day. The food choices will range from a pig roast to donuts with options in between to accommodate everyone’s tastes.

There is no cost to attend the event, but all food and drinks must be purchased. IDs will be checked at the door and attendees must be 21 or older, no exceptions.